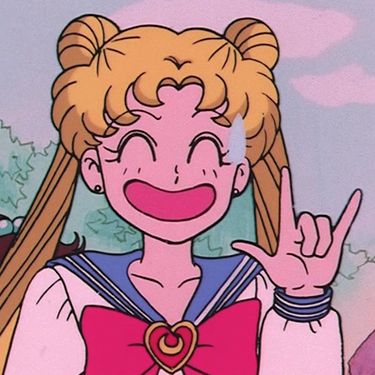 ello! Welcome to my interest check! I hope that what you find here will hopefully entice your interests! I look forward and welcome any partners who are willing to RP with me! I also do welcome people who just want to chat, I love meeting new, interesting people!


I am an 18 year old girl from Northern California who is currently heading into college (if you wanna know what college just ask me)! I've been on RPG since 2011, and have been involved in many group RPs in my tenure. I've only really gotten into 1x1s recently, since I realized just how fun they are! Despite my current occupation as a student, I do have a lot more free time than I should (not something I am necessarily proud of...), and as a result I can produce many posts in a day if I was really into an RP. I was an athlete, then I graduated. I have competed in many other sports such as wrestling (not WWE, but olympic), basketball, soccer, and such. I also am a huge fan of sports in general, as I am obsessed with watching football and basketball (Go Niners and Dubs!). I also do have an interest in military topics, and have a huge knowledge in the world of cars. English is my second language believe it or not, and I do speak Mandarin & Cantonese Chinese and understand some Vietnamese


THE FASTEST WAY TO MAKE ME REALLY INTERESTED IN RPING WITH YOU IS A WELL WRITTEN INTRO!

Talk to me! I'd like to get to know my partners and what's up with them :)

I try to respond as fast as I can, but sometimes I am either out of it, bored, or god forbid, busy.

I have a LOT of free time, so I spend a good majority of it refreshing my inbox.

Grammar is a huge thing with me, I do prefer the best from my partners! However, mistakes are tolerated, nobody is perfect!

Please inform me of any disappearances lasting more than a week! Any longer without notice and I will assume the RP is dead.

Rules & Guidelines
EVERY RULE HAS EXCEPTIONS, THESE ARE NOT WRITTEN IN STONE :) ('cept for #6)
*Must read!

1). Please no anime/emo characters. I do prefer more realistic characters. In certain situations I will accept those, but most of the time I will not.

*4). If you want to experiment with a kink, please let me know! I am very open minded!

5). Detailed action/sex scenes are much preferred! But your best is also appreciated just as much if you cannot be as detailed!

6). If you're rude or creepy I won't even bother replying. No exceptions.

8). Please, PLEASE tell me your timezone, or at least what times you are on so I can know when to anticipate your posts.

10). If you've read these, send me your favorite song in your interest PM.

11). I am okay with mature scenes, I just don't like being pushed into them instantly. This entire section is dedicated to mature scenes so...

13). I generally try to avoid scenes depicting drug abuse, but if it must happen, it will happen.

*14). Don't be afraid to message me! I check my inbox every 5 minutes because I have too much time on my hands!

15). Character sheets are a must. The way we do them can vary in any way. However, I don't like filling out histories and personalities, and like leaving that to be revealed in our RP

*16). Please don't disappear! Flakers irritate me to no ends. Seriously.

*17). I do prefer a modern and realistic setting, but that doesn't mean you can't try to tempt me into a different setting :)

*18). First impressions are huge with me. If you introduce yourself with an entire essay, I will be a LOT more likely to respond than someone with 2-3 sentences. Details, details, and details.


I am a huge sucker for slice of life RPs! I find that the RPs I enjoy most are in that genre! If you have a good slice of life idea, don't be afraid to present one to me! I warmly welcome all slice of life ideas no matter how bizzare, cute, weird, or boring they seem! Even simple ones can really entice me! I do prefer FxF pairings, but that doesn't leave out MxF!

That doesn't mean that you can't come up to me with an entirely different idea with me! The worst that can happen is that I don't go with it, but that doesn't leave out the possibility of us creating another idea together!

Here are a few things you could use to develop an idea with me!

Fandoms/Universes (I will absolutely do canons!)
RWBY
Halo
Red vs Blue
Fast and Furious
Call of Duty
Hunger Games
Orange Is The New Black

I'm Back... [FxF] [MxF] [Mx(Ft)M]
Character A and Character B have been friends for as long as they could remember. One of them is just handy dandidly fine and the other person not so much. The other person could potentially be transgender, depending on whether or not we want to do that. However one day, Character B disappears from Character A's life, and no trace of them can be found. One day, Character B reunites with Character A, but they're not exactly the same person they were when they first met....

Suck, Squish, Bang, and Blow [FxF] [MxF]
Two street racers collide against each other one day during an event organized by their mutual friend. After said event, the two become bitter rivals... but at the same time, they unknowingly fall in love with each other despite their intense and heated rivalry.

Apex [FxF]
Two professional fighters fighting in the same league start to develop a rivalry despite not being in the same weight classes, and tensions start to get higher and higher as they start flinging trash talk back and forth. However, all is not the same behind the scenes, where they're much more than just media rivals...

The Life That We Live [FxF]
Just an ordinary couple, except one or the both of them are professional athletes. They go through an ordinary life together, up until one of them (or the both of them) catch a big break and start to shoot up in terms of fame. Eventually, as their career progresses, they start to weigh the options of having a family and retirement as they age.

I've done this idea many times but for some reason all my partners just seem to drop out, it's one of those weird ideas where everyone just drops out, but I love it soo much!
I

Hi I am interested in your first plot idea, "I'm Back"
P

I just want to check before I get my hopes up, are you ok with doing mxm?

Peace Is Restrained said:
I just want to check before I get my hopes up, are you ok with doing mxm?
Click to expand...