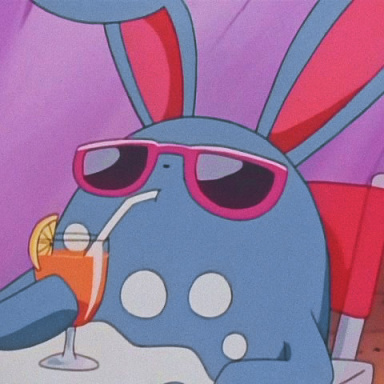 The house wasn't as huge as Arianna's, that was for sure, but it was a decent-sized house in a nice, suburban neighbourhood, where crime wasn't really that big an issue as it was further inward to the city. Opening the door to the girl, he bit anxiously on his lip piercing as he beckoned her in out of the snow with a quiet smile. "Hey, I... didn't think you'd arrive this quickly-- is it cold out?"​
F

She flinched as the door opened, her glaze looking down quickly. "Freezing..." She breathed out a bit, giggling softly. "Mind if I come in?" She asked, raising a single eyebrow. Assuming he let her in she stepped into the house, rubbing her hands together as she took her shoes off then her scarf and jacket. "Wanna feel..?" She asked, slowly reaching down to his hands, taking with one both of her icy cold ones. "Cold huh?" She asked.

The second their hands touched, aside from the coldness that hit him, he did erupt into a contrastive blush across his cheeks, smiling down at her with that now frequent bashfulness. "Ah, yeah... pretty cold... I thought you lived near, but... you're freezing..."​
F

"I get cold easily.." She told him, smiling a bit. "My body gets colder faster than other people." She told, taking his hand and placing it on her cheek as she closed her eyes. "You're warm..." She said softly though once realizing what she was doing she quickly let go of his hand before looking away with a bright blush. "S-sorry.." She mumbled before walking passed him quickly, holding back bag strap tightly. "S-Sorry where are we doing it? Living room? Kitchen? Dining room?... Your room?" She mumbled, stopping a bit.

"Living room. My room's a dump at the moment, no place for a lady," he babbled, cringing inwardly as he had to force himself to scuttle to the kitchen. Not only had he blushed brightly from the fact he had held her cheek momentarily, but for the fact he felt like he was acting like a complete and utter doofus, and she wouldn't find that attractive. Arriving back with not only some paper and pens, but also a tray of orange juice and some snacks in the form of cookies, he settled on the floor with all of that with a shy smile. "...We can just get some notes down, I guess."​
F

She nodded gently, walking to the living room before taking a seat on the floor. She crossed her legs then set her bag down, taking out a pencil, notebook, easer, and a hair tie.
She pulled her hair up in a high ponytail before opening her notebook to the same page from earlier.

She waited patiently until he came back with a tray of snacks. "O-Oh you didn't have to.." She said, her cheeks slowly heating up.

"I... wanted to, honestly," the tattooed boy smiled - he had had the tattoos done by an old friend at his old city, against the legal age for them, and his father had hardly been pleased, but it wasn't something that could really have Kai in major trouble with the law. It was just one of those things. "I mean, it's sort of an attempt to have us relax, I guess. I'm such a shy idiot lately..."​
F

"No your not!" She said quickly, looking up at him with furrowed eyebrows. "I mean.. You're sweet to me.. I appreciate that, and i-it's cute." She told him, glancing away from him as she chewed her bottom lip softly, a growing habit since she was younger.
Arianna has been asked by people if she wanted a tattoo but she thinks it would be 'tainting' her body if she did so, but she liked to look at other peoples tattoos.
She looked back to him before scooting closer to him then looked away once again.

"So, ah... do you have a boyfriend?" He quietly asked with the best nonchalant tone he could muster, peering down at his papers as he began to doodle just to avoid eye contact, only out of bashfulness and embarrassment. "I mean, you're sweet yourself, you know? And girls like you were always snatched up where I'm from, you'd always have a boyfriend."​
Reactions: 1 person
F

Her eyes widened a bit. 'He doesn't know..' She thought. "No.." She said to him, a small smile slowly curling on her lips. "I don't have a boyfriend Kai.." She said to him, her cheeks heating up once again. "People are scared of me." She admitted, starting to write the topic down on her piece of paper, looking from him causally when really her heart was beating so fast and loud that she wouldn't be surprised if he could hear it.

"People are scared of you?" He snorted, not exactly meaning to laugh, but she was so sweet and kind and... well, not scary. "People are afraid of me, Arianna. I'm tattooed, pierced... people think I'm a thug. Like, a gangster who beats people up, but I'm not. They have no reason to really be scared of someone as... sweet as you."​
F

She smiled a bit weakly. "But I am a thug.." She told him, honestly telling him. If he was scared then he was scared, if he wasn't then she 100% wanted to marry him. "Or more so my dad." She explained, pursing her lips, looking at him with an intense stare. "Does that.. Scare you at all..?" She asked him, furrowing her eyebrows.

"Nope, because this is a prank, and trust me, I'm not falling for it," he grinned, clearly not believing it, and who could blame him really? Arianna was nothing like a thug, and wouldn't surely have parents or family that were? It seemed a little... hard to believe. "Now, for the project, how should we design it~?"​
Reactions: 1 person
F

She opened her mouth before closing it again. "We should do a big poster or maybe a slide show?" She asked, raising an eyebrow, scooting closer to him, looking at his paper with a small smile before glancing up at him, they're bodies only inches apart. Her cheeks were a light pink and she smiled sweetly.

"...A poster is cool, I can do pretty good bubble writing," he murmured, figuring if he couldn't help with the research that well, he could always do the design - having designed most of his tattoos, he had a skill at drawing, so he could offer his help here and show her he wasn't entirely useless, at least.​
Reactions: 1 person
F

"That's neat~" She said to him. After a small while of working, Arianna thought for a moment then looked up towards him once more. "Hey.. I have a question.." She mumbled softly, puffing her cheeks out a bit. "Do you like me...?" She asked, raising an eyebrow.

"Uh, sure. You're cool," he shrugged, trying to act as nonchalant as ever, despite that being far too hard to really continue anymore. "I mean, as a friend, you're great, and I think you're cute, so yeah, I like you more than that too."​
Reactions: 1 person
F

Her shoulders relaxed from his answer and her smile weakened as well. She only gave him a small nod before causally checking her watch on her wrist. "I have to get going.." She told him, gathering her things, putting the bag over her shoulder before standing up. "Thank you for having me." She said to him, glancing away for a moment then started to head out. "I'll make sure to get the poster board and give it to you at school.. Then.." She stopped in her tracks. "I can just do the research and email you the stuff." She said, looking over her shoulder and giving him a half smile. "Bye now." And with that she slipped on her shoes and put on her scarf then headed out.

Shrugging at her hurried reaction out, it didn't really worry him - instead, it did somewhat annoy him. He had gone to this amount of effort, and one flitting comment and she left? Just after he confessed to liking her? Was that really that bad? He had thought that she liked him back, but her reaction spoke differently to him, sighing as he cleared everything away tiredly and lacking enthusiasm.​
F

It wasn't like the female didn't like them.. Of course she liked him! He was so nice and sweet but just that comment, it made her feel as if he was nonchelant. Once going outside, the snow was heavier than she though, and the air bitter cold but she just closes the door and started to walk out, pushing herself through the mild snow storm that was blowing outside.
No she wasn't expecting him to run out to her and tell her to get back inside.. And no she wasn't expecting him to fall to his knees and confess his ever dying love for her.

Again it's not like she didn't like him, just the way he said it made her feel like he didn't like her the same way, to many heart breaks. So many guys have done this and in the end, she was another person.
Show hidden low quality content