The school jacket has a badge that shows a symbol of what catagory they belong on.
For the Necromancers: a silver moon

For the Scorcers: a golden bird

For the Healers: a heart

For the Element wielders: the four elements

Rules
1.no meta gaming or god modding
2.your char has to approved by me
3.no F cannons, S words. Any other cuss words are allowed.
4.Keep everything PG-13
5.you must be +12 to RP here
6.you can't have anymore then six characters.
7.your grammar must be at least understandable.
8.nobody is perfect so if someone's grammar isn't perfect don't give them crap about it
9.I am the GM therefore if you have any problems tell me, and I'll handle it.
if you break a rule you get a strike. Three strikes and your out

This seems interesting. could i reserve two spots, both girls. Also if i was to use pictures, do you prefer realistic or does anything go?

koolkat4595 said:
This seems interesting. could i reserve two spots, both girls. Also if i was to use pictures, do you prefer realistic or does anything go?
Click to expand...

Anything is fine, also You Don't have to reserve any spaces.
P

Personality: Other people may find Thomas as 'someone who's a pain in the ass to have around'. Despite being friendly, Thomas can be talkative to the point that it annoys other people. He would talk to anyone about anything even if they don't want to hear it. Despite acting like a laid-back person, he's very calculating and is a creative thinker. He's a good friend and is very dependable at rough times.

Bio: Ever since he was a child, Thomas dreamed of proving that time traveling is possible despite being the ancient texts that has already proven otherwise. His parents never really understood why, but he's very determined to fulfill his dream. He entered his previous academy as an 'Elemental Wielder' despite growing up in a family of 'Healers'. Even though his professors saw Thomas' great talent at manipulating different elements simultaneously, he was expelled from the school after accidentally blowing up the school laboratory while secretly performing experiments. His parents transferred him to Twilight academy where Thomas will repeat his studies as a 9th grader.


Name: Mika Myuanell
Age: 17
Grade: 11th
Category: Necromancer
Appearance:
-Tall and slender figure
-Purple eyes
-Long, black hair that's tied up, along with side bangs that reach down to her chest.
-Somewhat fair skin
(I'll get a picture up later when I get the chance to)
Personality:
-Confident
-Guileful
-Gets bored easily
-Bit of a troublemaker as well
-Somewhat hard to approach, but she's friendly once you know her
Bio:
-Enrolled when she was 12, just like most of people at the school
-Grew up in a family of powerful swordsman, but she was the only child to turn out a mage, which was why she was sent here
-She chose dark arts because the principal recommended it to her
-Although at first she was clueless about almost everything (because she was raised in a sword-wielding family), she later managed to settle down and turned out to be a pretty good student as of right now
Electives: Battle and Magic Technology 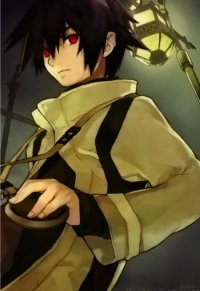 Job: Elemental Magic teacher (specializing in the element of Wind)

Appearance: Around three and a half feet tall, a slender build and pail skin, pointed ears, and with a long, red horn protruding from his forehead. Light brown hair, bright green eyes that get brighter when he uses his magic. Green and white vestments, the hem of which hands down to his knees, giving him an even shorter appearance than he already has.

Personality: Kind, insightful, plain spoken and direct, with an optimistic attitude about nearly everything. Doesn't say much about himself, or why he is as tall or young as he is.

Bio: Ophyca is a Wind Sprite, one of the few that remain in the world. Most people that are still alive that know about his existence remember him as a kindly soul that would wander from place to place, a slight breeze following in his wake. But before long he grew tired of his journeying across the world, and decided to settle down, thinking how fun it might be to teach and help the younger people of the world learn and control magic.

Okay people who ever doesn't post in the RP in two days gets kicked out here is the link:https://www.iwakuroleplay.com/threads/twilight-academy.119645/
P

Oh, it started xD Sorry I wasn't able to check. School happened xD I'll get my post up soon xD

Sorry i was going to join but i may have too many RPs going on at once. Some of them are still pending and if they prove to be inactive then ill get back to you about this RP. again im really sorry
P

hey guys, did you see the updates on the site? xD
Show hidden low quality content