Trapped in a Web of Bloodlust and Torment 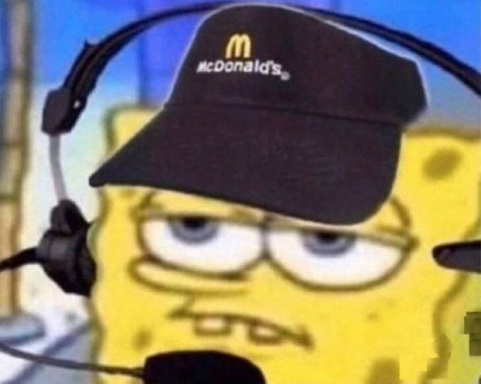 11:54; Eerily close to midnight. Léonie didn't want to be out this late, but her easily avoidable circumstances would not allow any other alternative. Her best friend finally integrated into her university of choice and hosted a party as a celebration. Of course she would have showed up to express her congratulatory hugs! Unfortunately, what started at 5 p.m tapered off into absolute mayhem. With her primarily introverted deposition, she wanted nothing more than to leave the moment everything became raucous, but she just couldn't say no to the host's pouty face.
"C'mon, Ni-Ni, don't leave! It won't be rememberable without my bestie! Stay till the end, pleeeease!" Pierre pleaded.
Oh how she hated her trait of easily giving in!

Rubbing her tired baby blue eyes, Léonie felt her lips part in a yawn as she trudged down the Chicago streets. The only source of light belonged to the dimly lit streetlights surrounded by desperately moths, the moon shrouded by clouds. She couldn't tell if the streets devoid of vehicles was reassuring or unnerving, resorting to wrapping her arms around her body to feel remotely safe. Only a few stray people littered the downtown side, a man smoking near a convenience store, two boys snickering amongst themselves as they held what appeared to be some sort of grass, and a woman wearing fairly revealing clothing strutting on the opposite sidewalk. She did not like this.

The more she thought as she made her hurried trek to her university dorm, the more she wanted to smack her forehead. Although she had no classes for the next two days, she still had to get up at six in the morning for work. How she regretted nodding her head like a bobblehead doll to Pierre. Not only that, but she was frankly a scaredy cat. She sighed and brushed her neatly kept wheat blonde hair from her eyes as she abruptly stopped and scanned her surroundings thoroughly. It would take over twenty minutes to get home down the main rode to her dismay, and she was shaking in her boots already from paranoia; the best, and worst, course of action to ease her stress was to take a shortcut.
"Ah, this feels like a horror film... I am gonna hate myself." She squeaked to herself before gathering her strength and turning sharply into an alleyway. Despite the terribly prominent sense of fear in her being, the way she went cut down the time to at least ten minutes or less.

Dirty water dripped down from uprooted pipes and the walls were quite claustrophobic with deteriorating bricks. Nearby, a man sat up to his knees in cigar packets, eyeing the short young woman with dull eyes and a yellow grin. She shivered and quickened her pace, relief flooding her as she saw the man stay in place in her peripheral.
"I really wish I were back now... Oh, I know! I'll call Pierre! Please don't be passed out..!"
Wrenching her phone out of her coat pocket, she dialed the number with shivering fingers and prayed the other wasn't off her rocker somewhere. The two had a safety technique where one would call the other in the off chance they were in an unsafe area. Then, if something were to happen, they could easily call the police after hearing whatever commotion. It wasn't entirely foolproof, but it was certainly reassuring.

Thankfully, Leonie could hear her friend's chipper yet mildly slurred voice on the receiver.
"Heya, Ni-Ni! Whatcha doin' callin' me now, pretty sure you just saw me! Didja hafta hear my voice again?~ How cute."
Incorrigible, as always. How they managed to match since childhood, she didn't know, but she was just glad to hear that city accent.
"Oh haha, that isn't all. I'm just... in a pretty scary place right now... You know the routine!" She mustered a chuckle, hearing the exasperated sigh on the other end.

All she had to do was get to her dorm, take a shower, then go back to her beloved lover: her bed. She was beyond fatigued, but at least she had Pierre recounting everything that happened while she was busy balled up in a corner awaiting the end during the festivities. Every now and then, she heard a nearby clang or a shuddering break, only to realize it was either the decrepit buildings or her own worry. She'd passed this route a few times before -- She would be fine.
Reactions: moffnat

The Ghoul stood in the shadows. Head cocked to the side, watching. Blonde hair belonging to a woman so peculiar. She walked past him without knowing. He stepped out into the alley behind her, ignoring her conversation. A homeless man gasped at the sight of a mask and bolted for the darkness. Away. No matter; the Ghoul had no intent to kill tonight. Only watch. Observe.

He aligned his footsteps with hers. When she turned, if she decided to, the alley would conceal him. It was a good place. A place for hunting.

A place for waiting.

She smelled like flowers when she passed by.
Reactions: •primevère•

A sense of unease tickled its way up her spine. Why was that? Well, it was fairly self-explanatory- it was now past midnight, she was trekking through an alleyway that had a surprisingly arid feel, and there was a man with concerningly low hygiene mere metres away. And yet, she felt a strong feeling of danger and foreboding.

Each time she stopped in her tracks, there was nothing to confirm her fears. Only the drip of dirty water, Pierre's somewhat incoherent ramblings, and the occasional scream of a car down the road.

"Hey there, Ni-Ni, ya alright? Don't tell me you keeled over like a rabbit or somethin'..."
Her friend's concerned voice drew her back to relative consciousness. She was only paranoid, like always.
"Mmhmm, I'm fine... I just feel uncomfortable with-" A quick turn behind her back. Nothing. "-this alley. Thankfully, I'm not far off. Keep talking, I'm listening! Except about Bryant, I... do not want to hear about that."

Léonie noticeably quickened her pace, low-heeled pumps clicking on the grimy concrete in audible echos. As a measure of comfort, she stuffed her hand into her virid satchel and wrapped her fingers tightly around an unused bottle of pepper spray.

"Stop being so scared. Think about sweet things. Rainbows. Kitties. That leftover shortcake you have. You're going to get home, and eat it. Happily. Then, pass out safely in the comfort of your bed with those two boys in the dorm upstairs constantly playing classical music."
Reactions: moffnat

He remembered her. A little girl. She gave him a flower, once. So young. So sweet. The only sweetness he ever knew. Now she was grown. A woman, full-figured and attractive. Blonde hair. Pretty voice. She made him feel something down deep. Something new, something foreign, something potentially disastrous, but the thrill excited him. Entranced him.

He wanted to know more. He followed her until she came to her place, her home place, and stood by a tree. She entered the building. A light turned on. That was her room, then. A room for sleeping.

A room for taking.

He walked away. He knew enough. He would have her when the time was right, when he had a sleeping room for her, like the one she had now.
Reactions: •primevère•

At last, she could finally sigh in relief as she shut the door firmly behind her after checking in. There was no reason for her to still be on call with her provacative friend, but it simply made her feel comfortable. Only when she shrugged off her coat and hung it neatly did she offer a quick yet appreciative goodbye, flipping her phone off. A flip phone. Perfect technology.

"Thank goodness, felt like I'd never get back," she exclaimed, swiftly moving to undress and clamber into her pajamas - a long polka-dot slip on. "Finally, shortcake time!~"
Léonie scampered over to the tiny fridge kept in the corner and retrieved her beloved sweet, using her other free hand to grab the remote resting atop the fridge and switch the television on. She turned

She turned her head in interest with a piece of cake hastily forked into her mouth, slowly approaching the television and sitting cross-legged before it. It did not take long for her to lose her appetite.

"Fourth body this week. Captain Matthews is doing his best to catch the serial killer at large. But at the moment, there has been no further leads to The Ghoul's identity or his whereabouts. We acknowledge all to stay inside on a curfew, lock your doors-"

No. She couldn't. She couldn't continue watching that, not as those corpses were displayed. Léonie placed her leftover-leftover cake down and climbed into bed. She had to calm her heart, there was work to be done tomorrow. Reaching over to flick off her lamp, she muttered a soft, desperate prayer.