Hopefully some of you recognize the name "Totally Spies", It was a cartoon show on Cartoon Network in the early 2000's. It's about three Beverly Hills High-School girls, Sam, Alex, and Clover, who were recruited by WHOOP (a spy agency) to go undercover, investigate, and solve crimes around the world that were of utmost importance. The show has recently graced Netflix with it's presence and as I am a Netflix junkie- I've rekindled my obsession for the show. As thus is such I am in search of two other RPers who can play the parts of Alex and Clover- or rather, come up with OC characters who fit their roles! 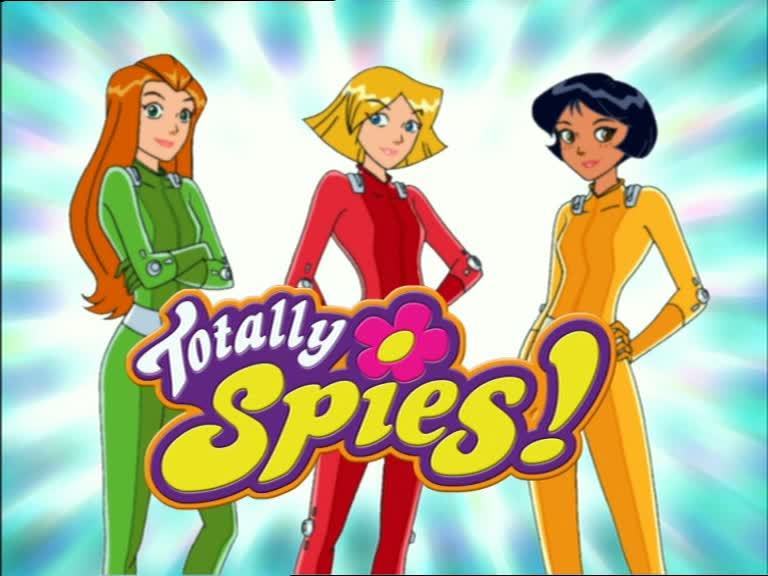 
PLOT!
​
A private school for the richest, most elite kids of the world is being plagued by a mystery kidnapper. The students of the school are in constant fear that they will be the next one to be held for ransom or worse- murdered. However that hasn't stopped the daily life of these partiers and travelers. Weekends are still spent on yachts and jets getting drunk and high. In order to stop this unknown kidnapper from taking more of the world's most important political, entertainment and government official's heirs, our three spies must go undercover as cousins to this school and find out what the previous victims' habits were as the families have closed ranks and aren't letting any investigators in to help them.
​ 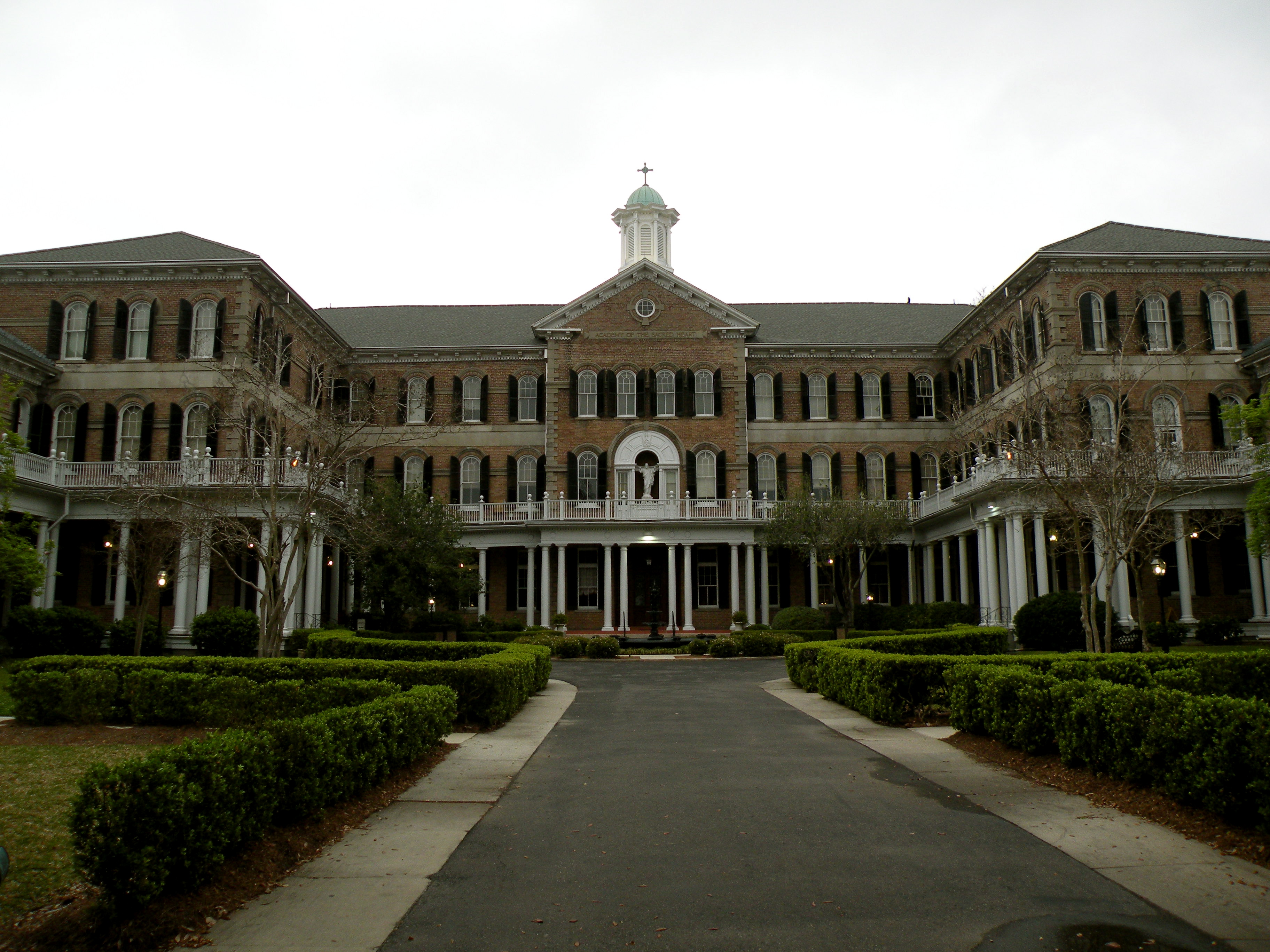 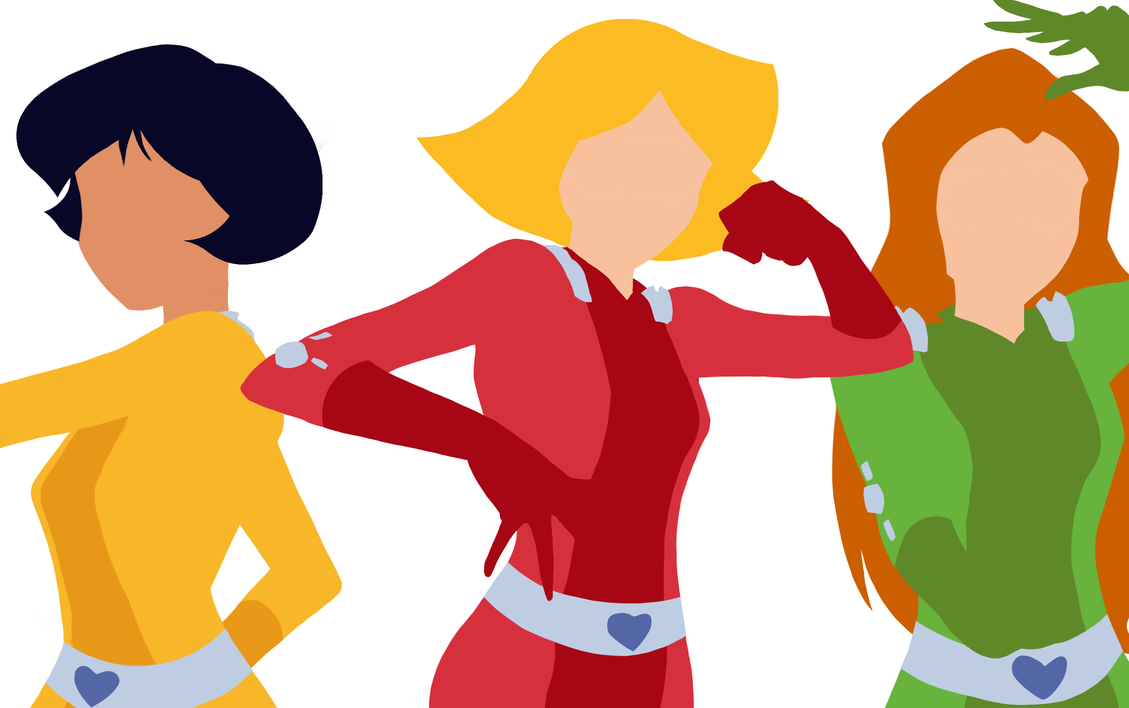 
HOLLOWCRESTE PRIVATE BOARDING SCHOOL
​
The private school our plot takes place at is a boarding school by the name of Hollowcreste in the middle of no where forests of Montana. It caters exclusively to the rich and powerful. The students are all the children of politicians, actors, producers, bureaucrats, diplomats, CEOs etc...
The boys are housed on the second floor of the East wing and the girls are housed on the third floor of the East wing. Each room has two students who are allowed to decorate as they wish.
The school offers your regular clubs like poetry, chess, etc... and some not so regular ones like equestrian, yacht, etc...
Your electives to chose from are as follow: Drama, Art, P.E., Swim, Wrestling, Aerobics, Yearbook, Newspaper, Home Economics, Band, Choir, Zoology, Anatomy, Child and Family Studies, French, German, Spanish, Latin, Hebrew, Russian, Japanese, Mandarin, and Religious Studies.
Each student takes 6 classes per day, each class lasting 50 minutes with 10 minute breaks in between classes. Lunch is at noon and the campus is closed. No one may take the hour long drive to town for lunch as they are only given an hour to eat. Classes start at 8am and end at 3pm.​
RULES/REQUESTS
​
Yes we are spies- no that doesn't make you perfect. I gave you a basis for your character but its not that hard to turn them Mary-Sue/Gary-Stu so if the case I'll warn you twice and then I'm finding someone to replace you.
I know this RP is based off a children's cartoon but I would rather you have adept writing. It's still an RP between writers and not children.
If you've read all of this please write 'hahaha like totally' at the end of your personality section on your character sheet.
Assuming there are more than two people who are going to want to be a part of this I'll pick the two best sheets- criteria being most thoroughly filled out, most correctly filled out, most likely to make a great trio, most well written and most interested.
You don't have to make them look like the original three or have their names- these characters are supposed to be OC after all.
I'll be making sheets for the victims and teachers. If you have one you'd like to submit just because you like making character sheets, message it to me and I'll approve or deny it there. I really want to keep this thread for character sheets.
Message any questions to me please so I can edit your questions into this post and answer them for everyone to see without having to skim every post.

EXTRAS (You can add these if you like)
Spy Outfit Color
Character's Favorite Outfit
Character's Side of their Dorm Room
Favorite Character from the Show
Favorite Gadget from the Show​
Last edited by a moderator: Jun 28, 2015
Reactions: FoxyAlice and Raven
T 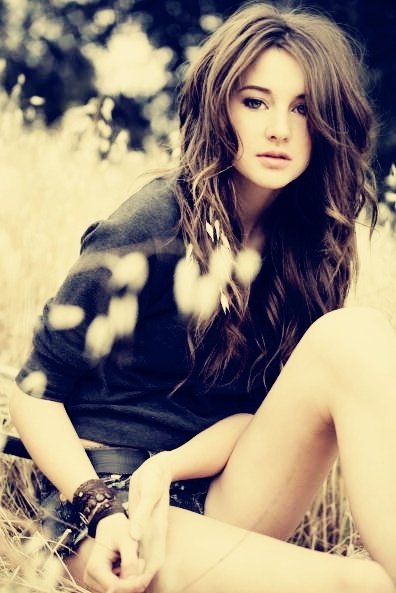 Devlin is a smart girl with a knack for science and English courses. She's a natural born leader with a charismatic side. Though usually she'd prefer to stay in her small group of friends. She's all about adventure, traveling and learning about new cultures. Oh and shopping of course! She's protective of her friends and loyal to the death. Hahaha like totally!

Devlin was born to a computer designer and a librarian. She's got twin younger brothers- Roman and Xavier who are 7 years old. She met her two best friends when they were in the second grade. She was accused of tipping over the milk cart when one of her friends came to her aid and pointed out who the real cart-tipper was. When the accuser was being bullied later at recess, Devlin stood up for them and was then joined by the third and final member of their group. They've been best friends since then. It was no surprise when they were offered positions as part of WHOOP freshman year that they agreed on it in a heartbeat. They spent so much time getting into trouble and trying to solve mysteries like little detectives that it was a no brainer! 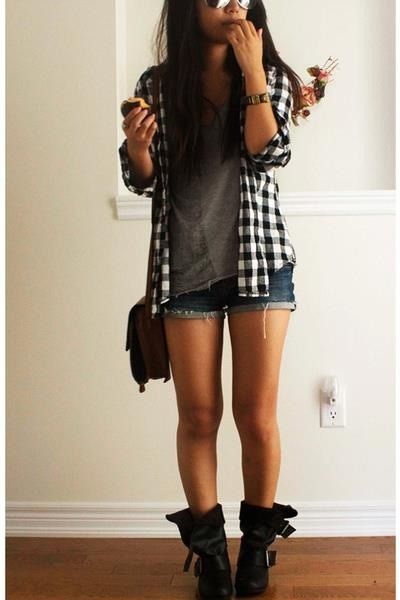 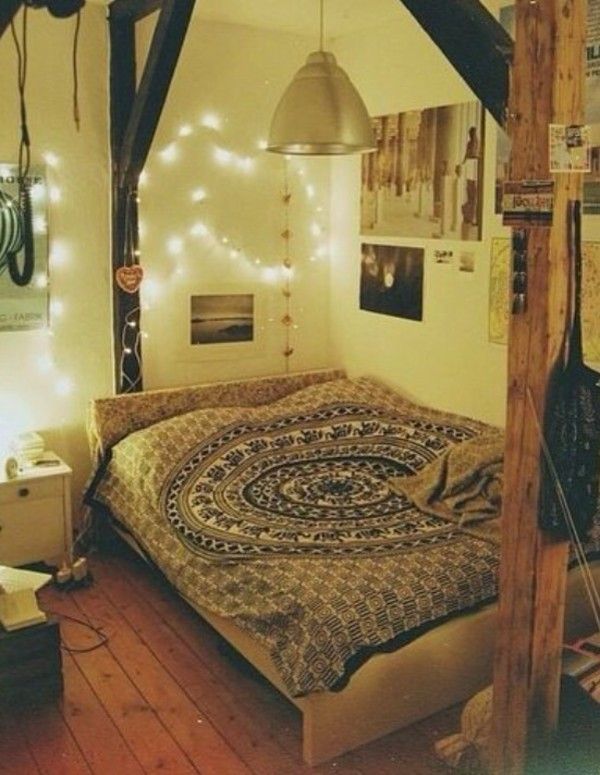 I remember the show!! I don't have Netflix anymore, but my mom does and I've tried to get my sister to watch it with me. Who is available to play?
T

CynderTheDragoness said:
I remember the show!! I don't have Netflix anymore, but my mom does and I've tried to get my sister to watch it with me. Who is available to play?
Click to expand...

ah! sorry for the late reply it didn't notify me that you commented! But Alex and Clover are still open if you are interested!

I think Alex is more my speed.
T

Original poster
Well the character sheet is up there when you're ready!!! :) I'm so excited to play this! 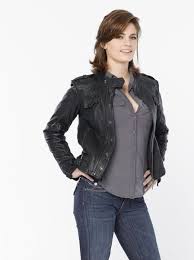 Original poster
I'll play Clover! ^_^ I love the series so much.
F

Straight & Single at the Moment.

Bio: Korra was an only child until recently. She is artistic, clever and cunning. Korra will speak her mind no matter what and will always have her friends back. She is very flirtatious and loves to make friends when she can. Though she can also be a little quick to anger finding herself sometimes jumping to conclusions which can cause ises every once and a while and possible be why she flunks her tests.

Now one thing to remember Korra is a shopaholic. Going to the mall with her best friends and buying the best clothes for what they can afford.

Her suit color is Red (my favorite color <3) 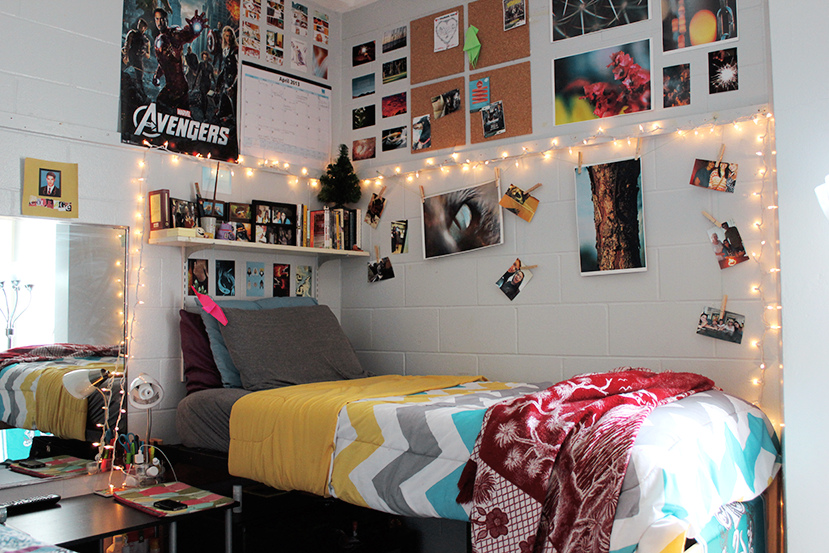 Fashion/ Clothes Style: Korra has two piercings in each ear and her clothes style changes regularly to what's in fashion and what the man she is into at the moment likes. 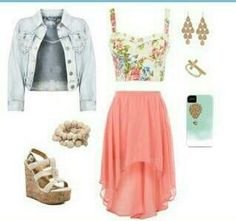 My favorite character is: All of them XP
Favorite Gadget: Compowder

Is it possible to play a student at the school? I've never seen the show, but it looks like a pretty cool premise.
T

Original poster
These are all OC so you don't really need to have seen the show but if there are other characters they'll be the next victims (so short lived characters) or love interests
Reactions: Junnabee
T 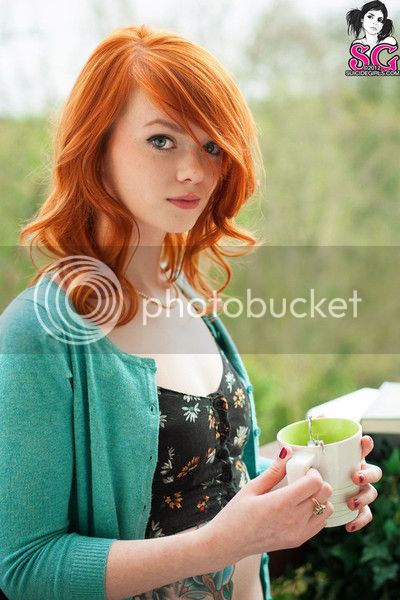 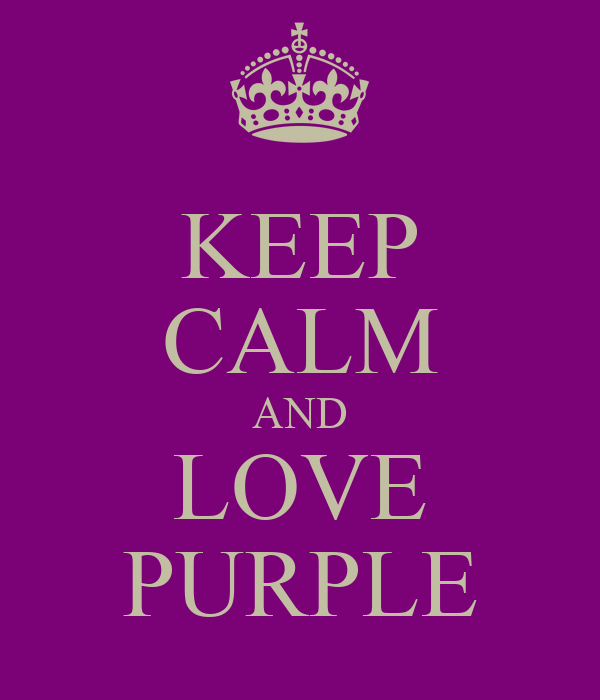 Character's Side of their Dorm Room

I might throw up one for clover too. Just as a "just in case thing". 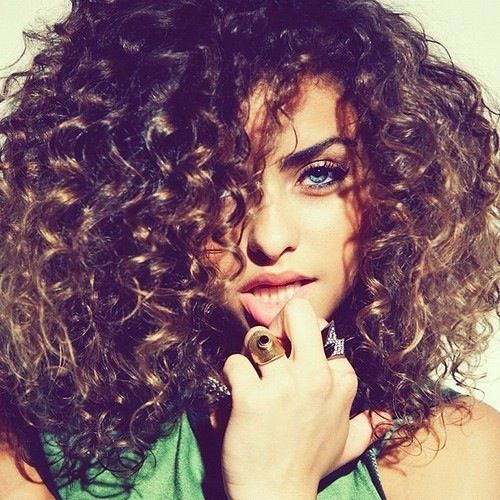 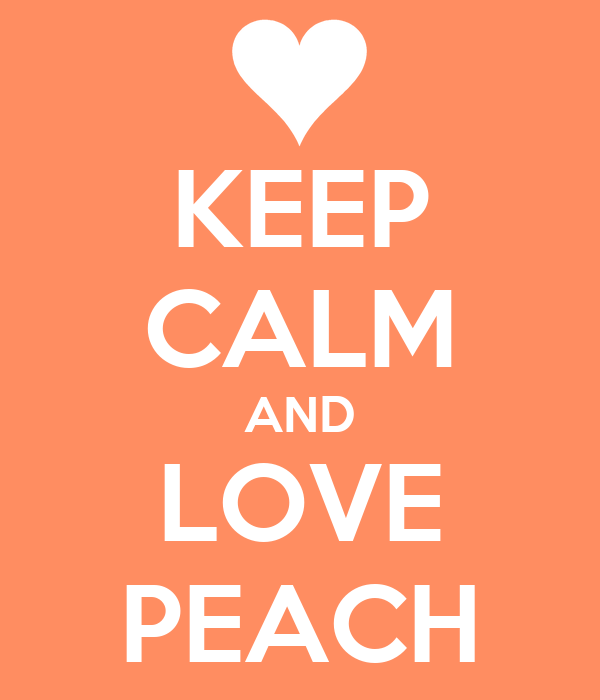 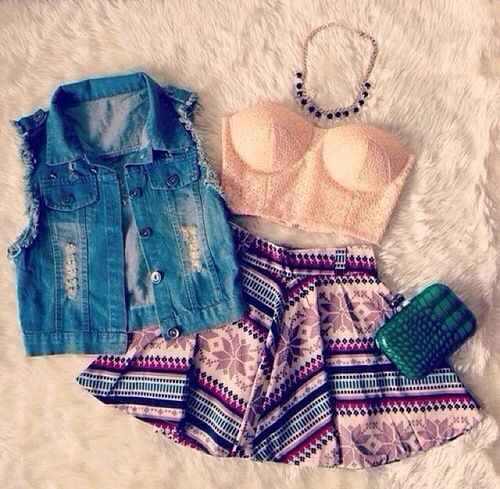 Character's Side of their Dorm Room 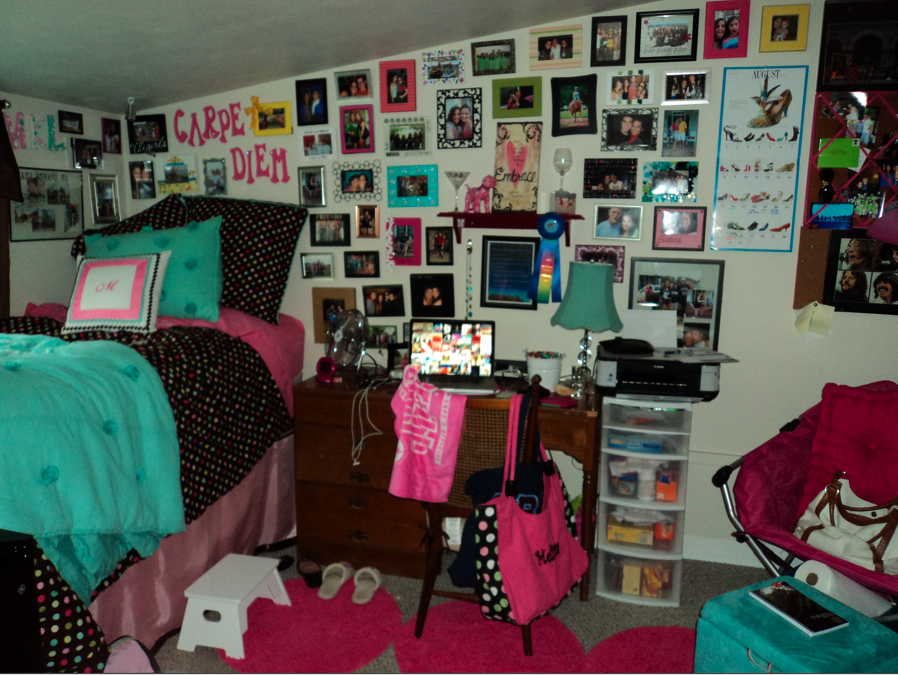 Original poster
So what is the plan for this?? I'm excited but all these double up characters are popping in. Since I've made up Clover. * confused face*

Korra said:
So what is the plan for this?? I'm excited but all these double up characters are popping in. Since I've made up Clover. * confused face*
Click to expand...

I just read that for this the gm was going to pick the best matches for the team, so i went ahead and made one for both. That way maybe if the gm doesn't like one, they might like the other. And then if they don't like either i'll. Oh, i don't know, maybe play a love intreats or something?
Reactions: 1 person 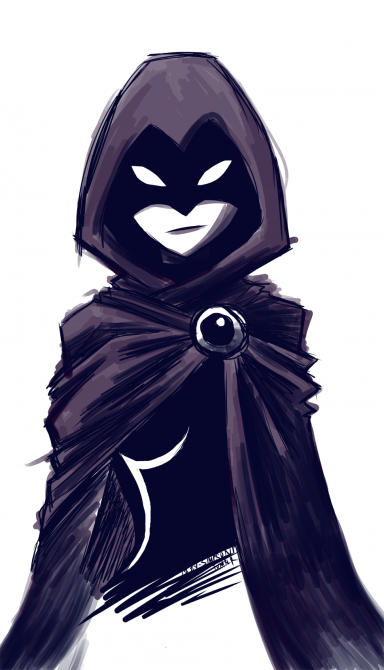 I'm interested but when I watched the show and even now I don't think I could make a awesome CS for it. I'd love to read along though.
Reactions: Tisiphone; Slave 2 Beauty

Raven said:
I'm interested but when I watched the show and even now I don't think I could make a awesome CS for it. I'd love to read along though.
Click to expand...

Aw, you don't even wanna try? A little friendly competition is always kinda fun! Besides, even if you don't get to be the spy theirs always a chance of being a rival, love intreats, or victim! (at least to my understanding?) They might not be as big as the main girls, but their still important!

Well I could try for Clover. But the CS won't be up till maybe tomorrow.

And as a back up I could make I guess and original CS spy if that would be alright. I remember there being a few in some episodes.
Reactions: Junnabee
Show hidden low quality content