Original poster
So, today was the first day of our Combatives tournament. I was not at all enthused about being "volunteered" to compete. It also didn't go very well for us, either. People on our team got taken out in their first few matches because of people bending rules or otherwise getting lucky with retarded moves. Then finally my turn came.

I was up against a beast of a chick. She played all sweet and timid, then when we got into the ring it was more or less a complete 180. I couldn't take her down, so I wrapped her up and took her into the guard and went for a cross collar choke. Meanwhile, she kept trying to do the same to me (I guess no one told her you can't cross collar choke when you're in someone's guard).

My blood's pumping, my ears are ringing, she's trying to cut off my oxygen and I'm trying to listen to what my 'coach' is yelling at me but I really was in no position to make any sense of it. Somewhere during all this, she clawed me the fuck up... as in, I have a bunch of long ragged fingernail marks all over my neck. Not enthused. Tried for an arm bar from the guard, but she kept ducking her bigass head in a way that I couldn't put my fucking leg over it. So I said fuck it, went for the choke again and this time I pushed up on her esophagus while I did. Quick tap.

Almost an hour later was my second match, against a guy this time. He was clearly a wrestler, so I'm already at a disadvantage; I don't wrestle. My coach told me 'just fall straight into the guard or take him down, don't play tug-o-war'. So I listened. Only it didn't really work the way I wanted it to. I basically jumped on him and dragged him down with me, then during this he managed to get his hands in my throat and was still standing on his feet. Not good. The last thing I recall as my vision was turning red was my coach yelling at me to grab his ankle. So I did. Then I heard, 'NO! His other ankle!!'

Then all of a sudden I wasn't in the gym anymore. There was no mat. All I heard was the ocean, and seagulls, and it was a beautiful sunny day on a beach with palm trees and green plants and...

Then I'm looking up at my coach and some other dude who are sitting over me. Apparently I was out for maybe 40 seconds or so. My opponent just hopped up off of me like nothing happened, and meanwhile my body started doing the funky chicken while the whole room went silent. Naturally, one of my friends stood up and went "AWESOME" in the middle of the silence.

Witnesses say I looked happy as shit while I was passed out. And you know what?

I'm going to a BEACH when I die! How about it?
M

Original poster
...that sounds like a cool experience...even if you damn well nearly died.

It makes me curious about what comes after death, though I'll just have to simply wait my turn like the rest of us...XD
S

Original poster
You didn't finish your exploration of the beach. If you had, you would have noticed the giant-headed mutant women waiting for you.
T

Original poster
You're not going to ruin this for me.
D 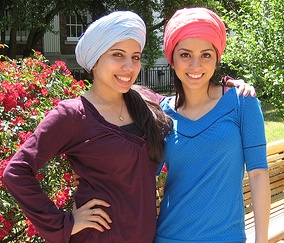 Original poster
guys...this is not an insanity thread...
W

Original poster
indeed myrn. thus if Tain is okay with it, then it is okay.
he starts the thread he controls it.
T

Original poster
It's all good... if it made people laugh or smile, that's all I cared about
A

Original poster
This made me laugh, but at the same time EXTREMELY INTERESTED.


DUDE, START PLAYING THE CHOKING GAME. SEE HOW FAR INTO THE BEACH YOU CAN GET.

BUT THEN ONCE YOU REALIZE THAT YOU'VE EXPLORED THE ENTIRE ISLAND IS WHEN YOU REALIZE YOUR BODY IS HANGING IN YOUR CLOSET WITH YOUR PANTS AROUND YOUR ANKLES.

But that's pretty interesting. Do you like the beach? I'd be sort of weird if you lived no where near one in the first place.
T

Original poster
I'm kinda happy to explore, but I mean... D: How many braincells did I lose in just that short span? I have a feeling by the time I've walked around... I'll be braindead in this world

But actually, I've lived on the coast all my life... but not a beach. I mean, half my family lived/lives in Hawaii, but I've always been away from palm trees and such. So it is kinda weird.

EDIT: Wait, does this mean David Carradine wasn't murdered? He just went to the beach?
A

Original poster
Everyone goes to the beach, Tain.


*Morel Orel flashback* "IT ISN'T THE WAY WE THINK IT'S GONNA BE!!"

Original poster
I wanna go to a Manowar show.

Original poster
What's so great about Jellyfish?
A

Original poster
They are heralds of the beach! CLOSER TO PARADISE THAN YOU'LL EVER BE.
C

Original poster
Don't you say that to the son of a fisherman.

Especially when that son won 2nd place in a kid's Kingfish tournament at the age of 12 & got a crunch bar that had to be about 2 pounds among other prizes.

Original poster
I ONCE CAUGHT A RARE FISH IN ZELDA ON THE FIRST TRY.


Maybe...what Tain's beach really was....was an island in the middle of a vinegar ocean. An ocean swarming with jellyfish...

TAIN YOU SHOULD HAVE STUCK YOUR HAND INTO THE WATER!
T

Original poster
Now I don't want to! D:< But I didn't have time. I was just starting to 'wake up' on the beach when they started rubbing my sternum, and then I was looking up at the face of my instructor and some ref going ಠ_ಠ

There was no time for jellyfish or vinegar dipping D:< Although jellyfish dipped in vinegar sounds DELICIOUS?!