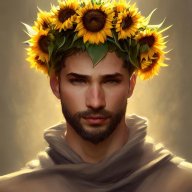 Undercurrents Drag at Your Heart

"We've already secured most of the temple, but there are still parts we need to excavate. For the most part, the way to the monolith is clear, so you're free to work your err..."

The pointed look given by the S.H.I.E.L.D. agent earned him a playful smile from Nathaniel.

Of course it was obvious what he meant. Agent Byrne chuckled sheepishly at his own joke and glanced around as though to see if anyone else had heard it. His eyes shifted from Nathaniel to Venus, and back again before he tactfully cleared his throat.

The only sounds to be heard in the main atrium, as they walked down the remaining corridor, were the workers reinforcing the crumbling integrity of the architecture. Though ancient, the Temple of the Forgotten withstood the test of time. The walls as they passed were carved intricately of scenes from various aspects of Mayan culture. There were fierce battles, mythological stories of godly figures, and even a glimpse into their daily lives. Parts of the mural were worn away with age, but most remained perfectly intact. The temple itself had only been discovered a month prior to their visit, but it was odd to Nathaniel that it managed to stay hidden away for so long.

He supposed magic could reasonably be the cause being that it held a damned magical artifact. Well, it could also be aliens. With what, the Battle of New York having taken place almost a year and a half ago, it could very well be extraterrestrial beings as well. Being the optimist, he decided to keep himself open to the possibilities.

However, what was important now was securing the monolith for transport. Exposure to its temporal energies could be wrought with ample consequences, and most without immediate effects or even known. They need to be careful.

"Right, there's the Time Di'Alla. Weird thing it is. We've steered clear of it as ordered by Agent May."

Following Agent Byrne's pointed finger lead them up the steps to a large stone boulder roughly the same size as a person. The gray stone is inlaid with three red horizontal bands. For what purpose they served, or symbolism, it was left ambiguous. Light was pouring from the ceiling and illuminated the monolith. Did the ancient Mayans hold ceremonies in this very atrium? To perform some rite, maybe?

Nathaniel squinted at the strange monument as he found his footing on the platform. Compared to everything that they saw of the Temple of the Forgotten, it was unusually simplistic in terms of design. In fact, it stuck out like a sore thumb against the elaborate wall murals. Whatever the hell the Di'Alla was, it didn't seem...Mayan?

"It's...not really what I was expecting," he said rather absentmindedly.

Slowly, Nathaniel shrugged off his backpack. There's a lot to do, but at the very least he had plenty of time. The process was simple, yet also complicated as one imagined when it came to magic. "I'll get started right away," he turned to the two S.H.I.E.L.D. agents, "But it might take some time. Thirty minutes at the very least, and maybe five hours at most. Better to be safe than sorry. And don't let anyone else in here."

Without another moment to lose, he turned back to the Di'Alla. In fluid motions, his hands began to move in circular motions before the monolith. They symbolized eternity and infinity; the endless march of time and the ever expanding of space. None had a start or an end.

In silence, he siphoned power from his patron. The energy he took from the universe appeared in the present as warping blue light that streamed through his fingers. That light began coalescing into a perfect cube that surrounded the Time Di'Alla, In essence, it acted as a barrier to contain its temporal energy. In the isolated field, he could begin conducting tests to harmonize with the monolith. In his head, that was how magic worked; with order, structure, and a reason. Magic was a lot like a chemistry experiment, though the situation was always volatile.

As he worked to strengthen his barrier, a shouting came from one of the opposite corridors. Wide-eyed, he turned to listen.

Agent Byrne drew his pistol from its holster and with a quick glance over to Venus, he began to descend down the steps. "Burakgazi, stay with Nathaniel."

The shouting had begun to escalate. Then, it sounded like fighting. Nathaniel furrowed his brows as a foreboding washed over him. As Agent Byrne rounded the corner, a burst of green light threw him to the ground and rendered him unmoving.

Several armed men stepped into the atrium; none of which were the excavators S.H.I.E.L.D. had sent with them. They angled the barrels of their rifles threateningly, but it was obvious that they wouldn't pull the trigger unless given the command by their leader. A single woman came forward with crossed arms. Her dark eyes maneuvered to them, and deciding they wouldn't be much of a threat, gave a single gesture to her men. Immediately, they fanned out and positioned themselves.

"Stop what you're doing, and step away from the Di'Alla. Otherwise, we kill your friends."

Nathaniel could sense magic drumming through her veins. With that knowledge, he gave Venus a brief look before slowly exhaling. The light from his hands died down, and slowly he retreated from the stone monument with his arms raised.

He counted each step, and only stopped when he was about five paces away.

"What are you trying to do, steal the Di'Alla? It's dangerous."

The woman simply scoffed. "Steal it? It rightfully belongs to us. You on the other hand, are the thieves."

Rightfully? What the hell was she going on about. "Yours? Then you are-"

She smirked, "The Warriors of Ixal. Not that it will matter to you. It was thanks to you Americans that we were able to get inside the temple. We retrieve the Di'Alla for her, so that she can one day return to us."

Nathaniel stared hard at her; uncertain about the information they were giving them.

The woman was beginning to grow impatient. She rested a hand on her hip, and pointed to Nathaniel. Even though she spoke the command in Spanish, her intentions were clear. Fire.

On impulse, Nathaniel reacted. "No!" He shielded himself.

Something inside him triggered, and a powerful nexus of magic burst from him like red hot fire. The shockwave was powerful enough to make the ground tremble, and send everyone falling onto their backs.

The monolith in turn reacted to his power and began to give off a glow.

The temple floor, and everything else collapsed in it of itself, and suddenly it was like they were being pulled through oblivion.

There was no sound; just a soft ringing in their ears as they were surrounded in complete darkness.

In another instance, the world returned. The ground met them to break their fall, and fortunately, they landed in what felt and smelled like grass.

It was daytime just moments before, but now, it was dark out. As their visions cleared, a starry sky greeted. They were no longer in the Temple of the Forgotten, but unbeknownst to the both of them, they had somehow managed to return to Italy, decades before.

A mile away was an American base. Just a fortnight ago, Steven Rogers, The Captain America, had rescued his best friend, James Barnes, and the other members of his regiment. As they recovered from their wounds, the looming power of HYDRA haunted them.