THIRTY SECONDS FROM MARS​
It happened nearly twenty years ago… 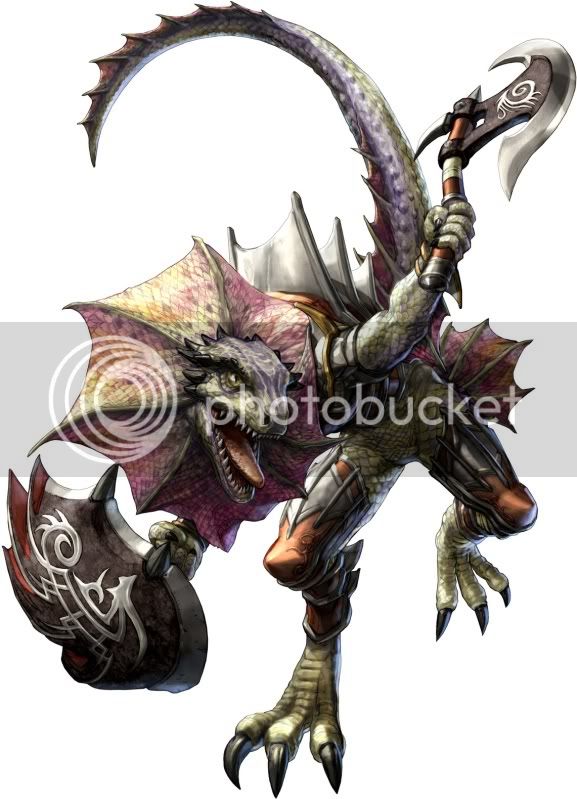 The Antares Eta first appeared on the Red Planet. Apparently, our first encounter with alien life forms would not occur on Earth but on Mars. They are masters of nanotechnology and have on many fronts defeated Earth UN Forces on the Red Planet. However, they are split into two conflicting factions. One that wants to make peace with us and another that seeks to drive humans off and back to Earth. All our records suggest that the Antares Eta are ancient, widespread, and powerful. 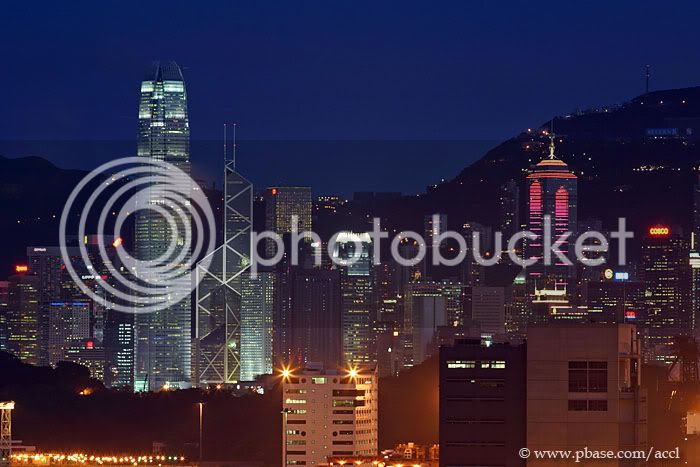 Now, it’s 2214. The UN Colony City of Marelsou has recently been sacked, which means that the militant faction of the Antares Eta have just invaded the largest city on Mars. They now have access to all the files on Terra Forming and some of the military knowledge of our race.

This is were we come in, the UN Special Commando Unit PALMACH. We’re made up of the best of the best soldiers around. In more recent times we’ve defeated the powerful Russo Empire that had tried to claim the rights to interstellar moon travel all to themselves.

Our goal: Reconquer Marelsou from the Antares Eta, seek out the leader of the alien’s peace movement, and then make damned sure we drive these fuckers off the Red Planet before they try to make their way towards Earth.

Name: What your character is called...

Age: How old they are

Occupations: Several options are listed below, all PALMACH members are "sailors" or "Marines" on small scale airships.

Weapons option: Different weapons are available for PALMACH use. All weapons are updated with computers that allow for near pin point accuracy. You can make up your own concepts for weapons, as long as they aren't something like the Death Star.

Personality: How your character would react to situations. Are they nice? Arrogant? Rude, etc.

Past: Add a short past - where they grew up, perhaps how they got to be where they are at the start of the RP.

I hate you Rory. I give you Allison but I dun wanna mess with the bio right now. >>

Occupations:  Sergeant of the Marines

Sean stands around 6’2” and weights 250 lbs. He is in shape and has played football for many years.

Weapons option: Gatling gun that can fire up to 600 rounds per min. It has one really cool feature - the bullets track. Called "smart bullets", all you have to do is point and shoot. He has also been known to take several different combat knives on his person.

Personality: Sean is known for being serious, and taking charge of a situation. However, on the flip side, he likes cracking stupid jokes and is a little insane. He loves 1990s Hip Hop; although the style has been long dead on Earth. Sean dislikes androids with a passion and refuses to use them in battle besides as scouts. The one thing he fears are dogs because of a trauma he suffered as a child.

History: Sean was born in Harlem and was recruited because of his background in the gangs that control New York City. When he was 10, he was attacked by a rabid dog and it forced him to toughen up on the anarchist controlled city. At the age of 18, he joined with Franken’s Death Militia that managed to defeat the anarchists in NYC and thusly presented him with an option to join the UN Security Forces as a PALMACH because of his days as a partisan. He fought in the Russian campaign when the Neo-Tsar attempted to control launch sites throughout Europe. The trip to Mars will be the first time he has ever set foot on any other world besides for Earth.
V 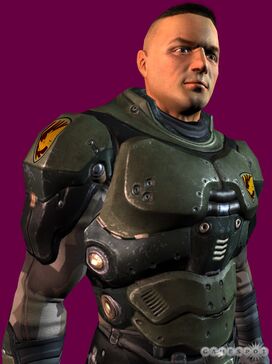 Around 175cm tall and well built Mathew is often mistaken for a Marine even in the blue off-duty dress on the engineer corps.

Personality: Mathew is happiest when things are exploding around him. He loves to see how much damage he can do with just a single charge. Off duty he can often be found in his quarters tinkering with various devices to the sound of heavy rock. He is relatively easy to talk to, not being afraid to share his opinion on any given subject. In the field he tends to avoid bullets letting the marines do their job clearing the way for him to blow up whatever needs blowing up.

Past: AT the start of the Russian campaign the UN called for men from all member nations to fill all battlefield roles. From the Commonwealth League came a close squad of engineers trained for demolitions, mine-sweeping, and battlefield construction. A few where assigned to PALMACH amongst them was Mathew. He was wounded at the fierce battle of Volgograd and spent the rest of the war in a hospital in Frankfurt and has only just recenlt been cleared to resume duty.

Where's the annoying little girl, or the over-complicated philosophy?


Who did this to you Rory? *holds up a doll* Show me where they touched you.

I just may have perculated some interest in this. Give me a bit of time to run it over my schedule bot.

Ok wait so like, what's the type of technology and shit? Are we Mass Effecting it up with our super plasma weapons or wearing Clone Trooper armor or is it more like Halo style marines/navy?

Technology is what ever sci fi movie, book, or video game you want to rip ideas from. I, personally, see it as mostly super plasma weapons or "smart" bullets (Think like tiny self guided missiles). As for armor, I am going to say Halo is probably closer than the bright white armor of the Clone Troopers.

Where's the annoying little girl, or the over-complicated philosophy?


Who did this to you Rory? *holds up a doll* Show me where they touched you.
Click to expand...

And it is official, Diana has made a character more annoying than Colie. Impressive.
A

You snaked the occupation list from what I wrote for the Norfolkians, you bastard!

I may just consider joining, after I summon the spirit of Johnnie Cochran and have you sued for copyright infringement.
D 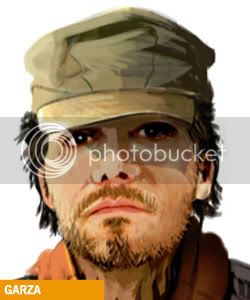 D24 DMR, a modified assault rifle created for the purpose of providing extra firing range and advanced scouting for squadrons where robots were unavailable, or unable of doing the things a human could. It has a range of 650 meters and a zoom that goes from 2x to 10x. Its bullets can pierce thin walls and it comes with heat vision and night vision, though neither works well at the maximum zoom of the scope, these modifications have given the gun much less ammunition than the standard assault rifle, and no need for being fully automatic. He also carries a handgun that has a recharging cell (thus he never needs to carry ammo for it), he can shoot about ten rounds with it until the charge is depleted and it takes a few seconds for the battery to recharge, it does need a change of batteries once the charge is fully depleted.

He has a dark sense of humor, often cracking jokes about the dead in a calm manner when he’s taking a shot. He’s not too worried about things outside of his work, specially not too concerned about his health, thus he has a lot of vices. He’s not one for long conversations, but he muses himself with spoken thoughts while looking for targets on the field. He’s not introverted though, and often makes light jokes when working with a team, he’s not fond of hostility between co-workers.

While on long-range battle he’s well capable of being inventive when the enemy comes close and all he has is a knife and a handgun, even when he’d rather fight them half a kilometer away.

Son of a former sniper and hunter, David learned to shoot from a very short age. Having not made a lot of himself once he was done with his schooling, he joined the Marines, and worked as a designated marksman on Mars, more often than not scouting ahead and keeping guard duty when he wasn’t on the field. Until the Russo Empire tried to claim the colonies, and war finally started. There David was ascended to Corporal, and admitted into the PALMACH for his shooting, and survival skills.
A

The M-312 is a man portable, fifty caliber machine gun, designed as a hybrid recoil/gas operated general purpose machine gun. It uses a special rig that allows a foot soldier to wield it like an extension of his person. It uses linked .50 BMG rounds, incendiary or fully jacketed. The M-312 has a 450 RPM sustained rate of fire, giving it the controlability of an assault rifle fired in full automatic.

Darius also carries a shortened MA-204 shotgun chambered for the 12 gauge 00 buckshot. It also accepts the FRAG-12 grenade round. Darius refers to it as his 'Boomstick.'

Personality: Laid back and easy going, Darius see no reason to rush into things. Like with Samuel Adams, things happen in due time. Not even a heated firefight is enough to kick him into gear.

Of course the firefights tend to swing toward his tempo with a burst of .50 BMG from his machine gun of choice. Full metal jackets tend to make people look for cover.

Past: A Texas native of Dutch-Irish descent, Darius hails from Fort Worth, a cattle town even in this day and age. His family has two heritages which have been followed very closely: Military and cattle ranching. Darius went into the United States Navy with the Delayed Entry Program (DEP,) entering as an E-3 for convincing a few friends to enlist with him. He first served on board the USS El Paso, a Guided Laser Destroyer based out of Norfolk, Virginia. He applied to join the ship's Visitation Boarding Search and Seizure (VBSS) team an acted as such through three deployments before being considered for PALMACH. He was accepted due to his meticulous care of small arms and attention to detail with munitions.

It will be set up in a "Chapter" Format like all my other ICs called episodes. The basic concept is to allow for more organized mini-subplots in context with a larger one. If anything we can make a different Soldier a central figure in each.

And yes Ryker, you can bring in whatever ISAF'ers you feel like abusing butt ugly aliens with.
A

Did I hear you right just now?

Let me get clarification on that...