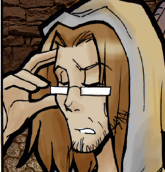 A sci-fantasy game for 4-6 players.
The system isn't hard to learn; a dice-pool system that's easy to use but has mechanical depth if you want to engage with it.
No prior experience with this game or dice games required. All skill levels welcome.
One post a week is ideal, once a month is acceptable.
No set post length - just post what you feel is necessary to move things along.

Once, there was an Empire.

It stretched from the temple-cities of the homeworld to the furthest stars. It was built upon wonders of magitech that bent physics to their whim and laughed at the interstellar gulf.

It was a time of peace and enlightenment. No one now remembers what it was really like, but we know it was glorious - and it was lost.

The Others came screaming out of Elsewhere, a dimension where reason and science failed, and tore apart the works of the Magi.

The war raged for a century or more, and the Magi could not prevail, barely able to fend off the Others no matter how many weapons of apocalyptic might they forged. Both they and their mysterious enemies are gone now, perhaps having destroyed each other.

The Virdina system is in chaos, and the colonies around distant stars are forgotten. No living Magi remain and their various inheritors squabble for power, with innocents descended from colonial settlers caught in the crossfire or eking out an existence amid the ruins.

And across the system, hidden in ancient stasis-vaults and armoury-temples, sleep the Bandi - the elite warrior caste of the Magi; peerless fighters and sorcerous adepts, encaged in mystical armour.
Perhaps they can be woken.
Perhaps they will usher in a new golden age.
Perhaps they will be the killing blow to a world sickly and faltering.

The Ring is an ancient construct of the Magi - an artificial world in a polar orbit around the planet Sithri. Allegedly the Magi disassembled the moons of the world for raw material. Unfortunately, like so many such habitats, it has fallen to chaos without the Magi - the green zones grow out of control, intelligent machines long gone insane terrorize or rule sections of it, and the Ringlanders live in fortified segments. While they lack the ability to project force in the system, they’ve been impossible to bring to heel for those who would rule them. They’re the most diverse population in the system, with relatively easy access to minor genetic manipulation and a cosmopolitan, welcoming approach to outsiders.

You are a group of treasure-seekers, archaeologists, criminals, and itinerant mystics who have come to - or come from - the Ring to explore a distant, derelict segment for lost secrets of history. Or perhaps just a huge payday. The oppressive Jukari Empire and stranger aliens are always looking for a way to take control of the Ring, so maybe it's freedom that motivates you.

Whoever you are, you'll want to be careful, be curious, and keep friends close among these benighted stars.

This game will use the Crucible system, modified for sci-fantasy adventure. No prior experience with that or any other system required; newbs welcome.

You can learn more about the setting here: Benighted Stars Core

Jukari will not be playable immediately, but they and Bandi may become options as things proceed.

Post interest and character concepts below; feel free to go a bit wild. Cybernetics and genemods are largely freely available and we can come up with some fun backstory to justify them. It's a big solar system, afterall.
Show hidden low quality content
You must log in or register to reply here.
Share:
Reddit Pinterest Tumblr WhatsApp Email Link
Top Bottom