Okay you both are accepted :D Have fun.

I may accept one more character before closing it up, but what we have now is great.
T

And just to add alittle sumthin' sumthin' to the plot, I'm making Ryleigh and Nikki Ex bf/gf, but still a little more attached to each other than they should be.
K

Puu~
Fee's not bitchy or lethal...
**poutpout**
Why don't you love me tooooo?

C'mon Fee, you know you want the happy pills! >:D

Unless it has to do with his feelings, Seth will pretty much say what's on his mind.
K 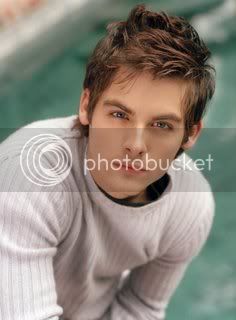 Personality: Quiet ordinarily, but when he does speak his mind, he's generally fatalistic, acerbic, and sarcastic.
Likes: Dogs, heroin, and fruit punch
Dislikes: Alcohol, timid chicks
Bio:
Levi's parents wanted a girl, badly. When they found out that they were having twins, they still remained focused on their goal - having a little girl. Fortunately for them, it was revealed that of the two twins, one of them was going to be a girl When Mrs. Dempsey went into labor, it was with a heart bursting with joy.

This joy did not last. Levi was the first twin born, healthy enough if underweight. The second twin, however, the darling baby girl that had been so adored from the time that they had learned of her gender, was not so fortunate. After several more hours of labor, Sarah Dempsey gave birth to a stillborn baby girl.

The events of the night were not yet over, though. Mrs. Dempsey became very ill after her birth and the depression she suffered over the loss of her daughter sapped her will. She died not long after giving birth, leaving Levi and his father to tend for themselves.

Levi's father never overcame his grief and the weight of this was a constant force in Levi's childhood. Eventually, as Levi grew, he learned that a secret part of his father blamed Levi for the deaths of what he held dear. The conflicting emotions within his father overcame him when Levi turned sixteen and asked his father about his mother, garnering the courage for the first time. Levi's father withdrew from his son and now they live essentially in the same house but apart.

A Secret: Levi is with his father - he blames himself for being healthy while his mother and sister died.

Anything else?: "Fearless" Falling Up
C

It's all good Christine, no worries.

I thought we needed girls >.>, but anyway Levi's accepted. Another spot opened up since Cristene is gone.
S

Well, the count is 5 boys to 4 girls, so at least it's not terribly off balance.
C

I mean if you really want I'll stay. But, I feel like my character is kind of left out. Though, she is a loner. -Shrugs.- Up to you guys.

I don't think you should leave Christine.

The minority is the gay boy D:<
C

Well if you want Christine, since my character is also away from the main group as well, I can have it so we meet or run into each other or something?
C

It's completely up to you Seven. Doesn't really bother me what happens, but I just feel like I'm not really needed; that's all. Maybe it'll change.
S

Well I gave your character an opening. If you want to continue with us, go for it. If not, it won't hurt my feelings :P

I'm waiting on Ry to reply to Eric and then I'll be a-postan'.
C

Character Name: Eric Johansson
Nicknames: None
Gender: Male
Sexuality: Gay-ish, hasn't been with a girl but he's not sure he'd like it.
Age: 16
Grade: Sophmore
Occupation: His family is rich, he doesn't need to work.
Appearance:
Personality: The best way to describe Eric's personality is "Who cares?" He goes through life doing whatever he wants, whenever he wants. He likes making sure that he gets good grades so his parents will keep his trust fund open to him but beyond that he doesn't really care. He gets what he wants, and he usually wants a lot. He's pretty loud and social but he can be quiet when he is in the presence of someone he respects (which is pretty rare)
Likes: Guys, parties, drinking, Ecstasy, money, ditzy girls
Dislikes: Homeless people, his parents, teachers, fights
Bio: Even though Eric seems to have it all on the outside he's really a bit sad on the inside. His parents don't pay him any attention and he thinks that bad attention is better than no attention. He makes friends pretty easily in school but some of that could be due to his money and he really worries that nobody likes him for him. He loves to party and hang out with his friends and he's always willing to go with their crazy ideas.
A Secret: He's still a virgin, even though he talks a big game.
Anything else?: Favorite Song: Boots n' Boys - Ke$ha

Sorry it took so long! Here it is.
Click to expand...

(Wow, so I've decided that I really want to make a character to be opposite to your character. Sort of like that break-in guy your guy ends up liking or something like that. Interested?

Character Name: Kiyoshi Dakara
Nicknames: Kiyo, K
Gender: Male
Sexuality: Gay.
Age: 18
Grade: Senior
Occupation: Works at a music store.
Appearance:
Personality: He is usually a carefree kind of guy who works hard to get good grades in school. He likes to party though and meet new guys. He loves having sex whenever he can get but has never had a real relationship based on the fact that he doesn't think love exists. He has a cool temper and doesn't lose it often but when he's drunk, he's very short-tempered and tends to fly off the handle if the wrong thing it said to him. He's kind to people who deserve it and if he fights with anyone, he's usually so stubborn that he never apologizes.
Likes: Guys, partying, drinks, sex, art, Japanese food.
Dislikes: Fighting for any reason, vomiting, anything spicy, girls.
Bio: Kiyoshi was born in Japan but his family abadoned him when he was five years old, dropping him off at an adoption shelter and never coming back. He's been bounced back and forth between adoption centers until he was nine years old. He was adopted by an American family and taken back to America to live with them. He goes to school and tries to keep them happy because he hates disappointing people. His parents are okay with him drinking and partying as long as he keeps up his straight A's
A Secret: His parents don't know he's gay.
Anything else?: Favorite Song: Give me Everything- NeYo ft. PitBull

Here I am! Let's get to roleplaying :3
T

Coolio accepted and with that this thing is closed. Christine, I think you should take up Seven's offer. I'll try to speed up everything a bit.
T

And by "closed" I mean no more completely new members. If you already have a character apart of this RP and you want to make another Character, then you can. I just feel like it's eaisier for me to keep track that way.
Show hidden low quality content
You must log in or register to reply here.
Share:
Reddit Pinterest Tumblr WhatsApp Email Link
Top Bottom