There is a Ship

There is a Ship ​

The world is flooded. The cities of the ancient world have been submerged for as long as anyone can remember. 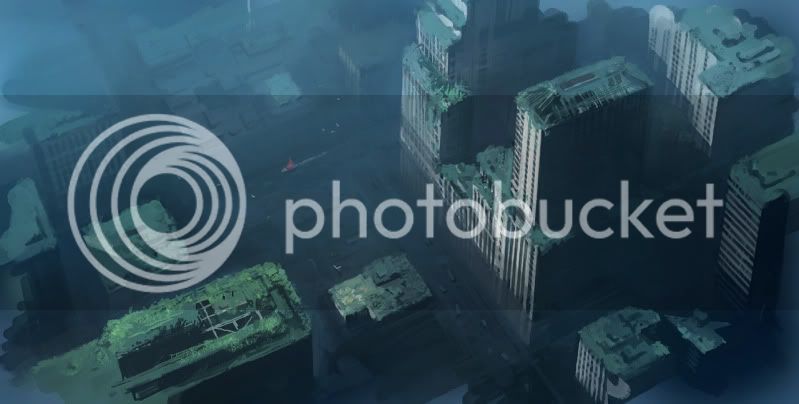 How did this happen? Our ancestors said that many generations ago, beings from the stars came down to the surface. They grew disgusted with mankind and declared that they would flood the world in order to save it.

Mankind has grown used to this watery realm we call home. As long as one has a ship or a boat, they can travel from port to port. 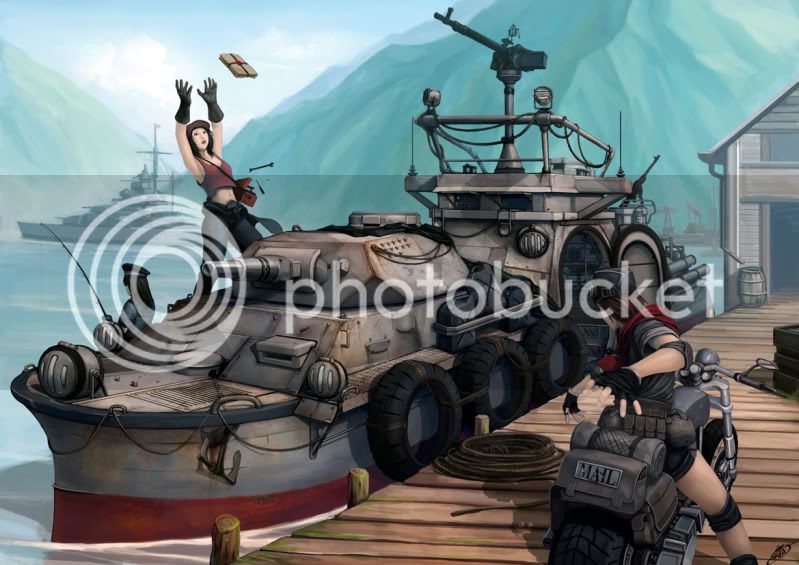 Our story is set aboard the ship, the SS Revelation

The crew is a group of mercenaries; the closest thing to a military in this day and age. The ship has been stuck on an escort job and the crew is restless. 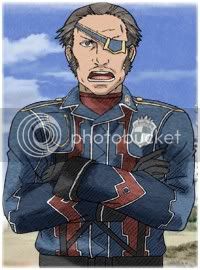 But Captain Nicholas Rampage has a new friend…

One that knows a secret that could forever change the world.

He has been told of a device that can grant the wishes of the ones that seek it out.

The captain has a goal set in his mind, to find this device and sell it to the highest bidder.

After all, there’s nothing wrong with making a little extra cash on the side….Is there?

Prepare for an adventure facing perilous storms, pirates, krakens, and other dangers on the high seas!

House Rules:Please pay attention to any requests or specifics given.

Characters: Four to five players will be invited by Vay or Rory. Only one character per player.

Posting Expectations: At least once a week.

Rating: None, though some parts of the plot will become very strange.

Genre: Magical Realism: It combines fantastic or dreamlike elements with reality. It is the mingling and close placement of the realistic and the fantastic, bizarre and skillful time shifts, miscellaneous use of dreams, myths and fairy stories, expressionistic and even surrealistic description, the elements of surprise or abrupt shock, the horrific and the inexplicable.

Timeline:Something hugely nasty has happened to humanity, a devastating environmental change— most of humanity is gone. However, there are some of that are starting to rebuild...

Story Set-Up: The story will be told in an episodic format (chapters). Each chapter will last roughly 15-20 posts depending on the scenes.

Basic Plot:You choose the role of one of the four or five possible characters. You'll determine the character's destinies as the plot advances. Members of the crew will have to react to the monsters and other not so normal things showing up.

Character Types: Mostly normal humans, with one or two exceptions.

Questions: Ask my maid! In reality, please PM me or ask them in this thread.

Job/Role: Captain of the Revelation

General Personality: Nick is a pragmatist. Sure he might not be a pirate but when it comes cown to it he lives but a simple code. He does the job, he gets paid, no one who doesn't need to be gets hurt. Despite this hes a father to his crew and even stow aways are welcomed (so long as the contribute to the ship once they are discovered) and he has been knows to talk to the ship who he calls many differnt things befending on his mood from "Ren" to "You great big metal bastard".

General History: The ship and her captain share a lot of history. They met back when governments still tried to keep order as part of the navy, though when orinised goventments fell and fragmented they and many other ships were left to thier own devices. He iffered every man and woman a choice. Join him as a mercenary crew or go ashore at the next port. Moost followed him adn those who didn't he treated to a farewell feast aboeard the Revelation. Ever since then they have run escorts for merchants and officials earning barely enough to keep the ship going... but that is about to change.

Job/Role: Lieutenant of the Revelation 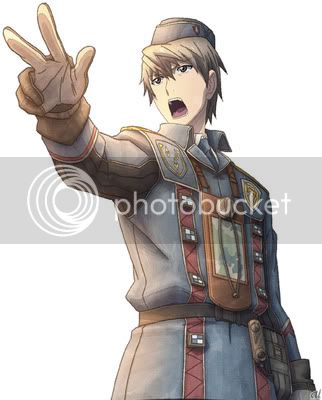 General Personality: A Casanova Wannabe with the added bonus of actually being attractive. Thaddeus is a skirt chaser, though when it comes to actual relationships, he is afraid of actual commitment. He may be looking for a platonic partner, with whom to roam around and have fun. At times, his friendliness may also be confused with flirtations. Thaddeus tends to be surrounded by a crowd, and the only way to get to really know him, is by meeting up with him away from others. He is also very optimistic about life and this optimism may sometimes border around blind faith. This attitude leads him to trust almost everyone and, more often than not, he ends up getting hurt. Thaddeus will always be running after some high dreams, which probably no one even thought of before.

General History:Thaddeus is one of the junior officers on the Revelation. Unlike the captain, he has no formal military training. Most of his naval experiences come from time spent in the merchant shipping industry. While most of the world is covered in water, there are still islands and man-made reefs that have survived the storm. The ability to send supplies to outposts is the key to survival.

Thaddeus joined the crew several months back. He is not direct friends with the Captain, but they seem to have a formal friendship. Thaddeus puts his focuses on navigation.
R

Can I please join in! This INSTANTLY hooked me.

I'm currently not going to accept new characters beyond the people Vay or I have invited. This is more of a personal pet project.
R

Oh... Damn. This was a really exciting one for me. Even had an idea brewing. Oh well...
F 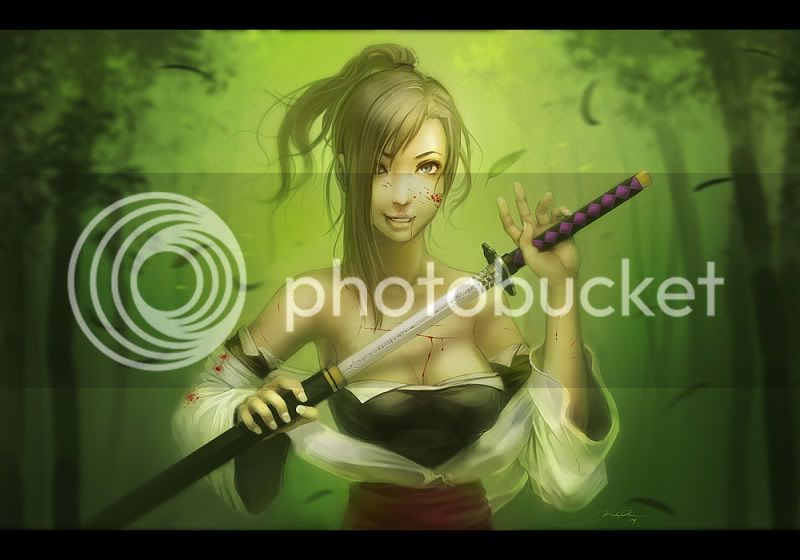 General Personality: On the surface, she seems nice. After you get to know her, however, is a completely different story. She isn’t the nicest person you’ve ever met, often crudely interrupting – though not quick to quip. Sabina is not a kind, caring person. When you’ve spent your whole life on the high seas, you can’t afford to be. As hard on the inside as she is soft on the very surface, she is quick to anger and keeps people at a gruff distance. There is little to no chance that she would ever let something anyone shouldn’t know about her slip.

General History: At a very young age, hardly enough to remember the name of the town she was born in, Sabina lost her parents. Both were naval officers
Her mother, who’s name was also Sabina, was a kind and gentle woman, when she was home. Her daughter has since heard stories of how ruthless she was on the high seas. Her father, however, was an evil man both at home and on duty. He treated Sabina (the younger) like she was garbage, often beating her for his own or someone else’s wrongs. Zorislav quite frequently beat and did things to her mother that she has since blocked from her memory.
After they were killed in a naval battle, Sabina was left on her own. At Sixteen, she hadn’t even yet married, and she didn’t intend to. Next year, she could join the military. That was her goal. For what little it was worth, she was going to live up her family’s legacy. Perhaps, even, captain a ship.
In more recent events, she has never gotten a chance to be captain. However, she has found a captain she trusts implicitly, even following him out into the civilian world upon medical discharge for a minor spinal injury
I 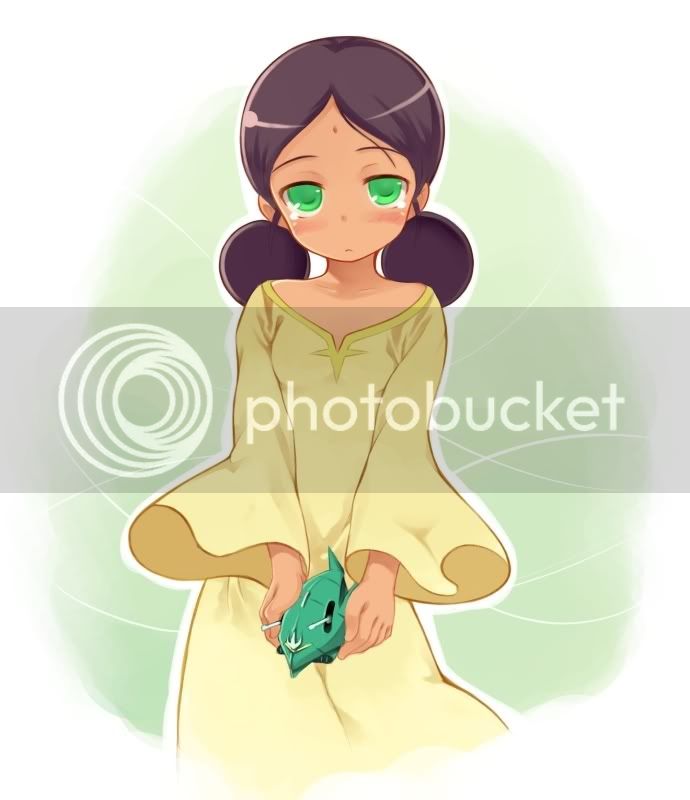 General Personality: Nera, being the 12 year old little girl that she is, is a typical young child at that age. Always curious to know what was going on, she is quick to jump into any conversation, putting or two cents in, or situation, seeing if she could help in any way. When she does not get her way, Nera may pout or grow strangely quiet, but the spell would flutter away quickly. She is not easily made mad, but when she is, she is a spree of words and complaints.

General History: Nera was a normal child, trailing her father and mimicking the things he did, like a typical little girl would do. She had no friends but honestly didn't need any. As long as she had her father, Nera was with the best friend she ever had. Until one day, he was just not there anymore. Near remembered going out into town with him, hand and hand, trying to do some shopping. Her attention was drawn away to something shining in the window of a nearby store. Curiosty capturing once again, she hobbled off towards that direction to gaze into the window of shiny nick-nacks. each items had different colors! Crowns, rings, and a bundle of other items. However, when she trotted back to the spot to where her father was...she was not there.

Nera, overcome with sadness and fear, shuffled the piers in depression, looking for her father. Thoughts of abandonment started to fill her head and she threw her attention to a ship. A really really big ship. In fact, a shiny ship! Finding some ray of sunlight in losing her father, Nera zipped towards the ship, crawling past a few unaware crew members and into something that she had no idea what she had gotten herself into.
​
[/DASH]
R 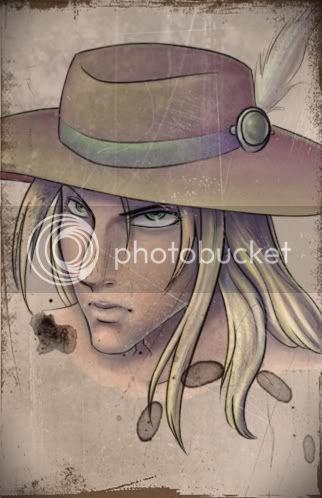 ​
General Appearance: Justin is tall and lanky, clearing 6'3 inches tall. Blond with green eyes, he is often seen looking rather disheveled, his hair going unbrushed and clothes unchanged for days at a time if he is intent on a project. Numerous tiny scars from workshop accidents sustained in his young life cover his arms and chest. When not inventing, he does have one good suit and a matching cap, though it appears he once grabbed the hat brim with an oily hand.

General Personality: Justin is somewhat eccentric. He is a neat freak, and tends to be protective of his inventions. He finds pleasure in his inventing, to the exclusion of most other things. He is largely oblivious to personal space or social convention, and will quite often say exactly what he thinks. He's obsessed with his inventing and will forget to eat if not reminded. He treats women as curious oddities, and has been known to stare. Though his inventing space is meticulous and everything arranged and labeled, Justin often forgets to take care of himself, consumed by his need to create.

General History: Justin comes from a long line of arms merchants. As far back as there are records, his family has worked to arm various factions and ports. However, as a long boy, Justin fell in love with the actual crafting process and devoted himself to learning how to create better weapons and, later, other useful things. When he turned eighteen, Justin struck out on his own, selling his services to those who wanted a better way to purify water, a better submersible, or just a better gun. For ten and a half years, he has traveled from port to port. However, he has inadvertently insulted a woman of means at the port he is currently living at, and currently hopes that one of his famed Hull Splitter handguns will be enough to barter him passage on the Revelation.[/DASH]
Show hidden low quality content
You must log in or register to reply here.
Share:
Reddit Pinterest Tumblr WhatsApp Email Share Link
Top Bottom