It was a good talk. Morito said. Why don't we train together? he said to Katsumi when she decided to step in.
M 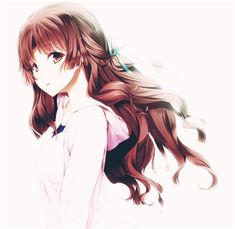 The brunette eyed his clothing before taking a step out . "I will show you to your room , it's just next to mine , Yoritomo-sama ." , she said as she walked to the direction in which Sakura plants were planted in front of their rooms .

"I hope you find everything to your liking ." , she smiled before sliding the door open for him and letting him in .

The room was quite spacious, and inside there was a great futon, a central bazier, a fireplace and a magnificent library. ALso, there was a coffer to put all of his stuff there.
By one of the sides there was a lectern to write and read, and in the corner there was a Kotatsu pit of cushions, a luxury only posible by great artisans. Over the table there was a tea set ready to be put to function.

There's nothing more i could ask for. Let me send word to my retainers of where i am and i'll change to train with you. Said Morito. He went out tot he messenger post, made the man go and ask his retainers to bring everything he needed and then got dressed in his training outfits. Katsumi could see he was musculated and his chest was broad and prepared by the rigorous training of the sea.

Shall we meet your sensei?

OOC: a Kotatsu pit is the second one of this images http://img-9gag-fun.9cache.com/photo/anBWRKn_700b_v1.jpg
M

The Hanazawa female nodded as she watched the Shark Clan man send word to his own man about him staying here until their business with the Emperor was over . She could tell that he was fully content with the room he had gotten and she hoped he would use all the facilities provided , as well .

Just as he walked back into the room , Katsumi was about to ask the latter where they were to train as there were several courts available when she noticed his muscular chest and features . Her cheeks tinted slightly red and she said , "Excuse me ." , before making her way outside , awaiting him .

Let's not make him wait, then. Or her. He said. He has brught his swords but it was simply part of his paranoia, not letting them alone. Somebody could sabotage them or do worst things to his ancestral swords.
However, he also had a boken that he was now using as a cane. Are you a good student, Katsumi-san?
M

"You'll have to ask my Sensei , Yoritomo-sama ." , she smirked lightly before making her way to te Dojo she had used earlier where her master was training her . "Nozaki-sensei , this is a guest of mine ." , she said before bowing fully in respect at her Sensei .

The man that was around their age bowed as well before frowning , "Did her bullheadedness cause a war yet ?" , he asked directly at the male before saying , "I am sorry for not introducing , but I am Nokazi Imanaka ." .

I'm Yoritomo Morito, and it almost did. The Shark said with a smirk. I've heard many things of the schools of the Fenix. I'm sure i'll be impressed.
Morito awaited then for the sensei's instruction, but meanwhile eyed both of them. It was interesting, they three had about the same age, but he was a sensei. Curious.
M

"Less talk , more action ." , Katsumi Hanazawa practically growled at her Sensei before placing her katana onto the floor .

"Is that how you show repect to your Sensei ?" , he smirked before getting into a fighting stance .

"Shut it . You are only that because my father said so ." , she rolled her eyes before turning to face the Shark Clan man . "Do you learn Judo or Karate , Yoritomo-sama ?" , she asked , mustering up a small smile .

The brunette asked in question before nodding at the list of the Shark man's martial arts abilities . "Would you like to spar with myself or this twit ?" , she asked Yoritomo before glaring lightly at Imanaka .

oH, SORRY. I assumed. Why don't we go open to all? Asked Morito that was ready to fight both of them just for a matter of pride
Show hidden low quality content
You must log in or register to reply here.
Share:
Reddit Pinterest Tumblr WhatsApp Email Link
Top Bottom