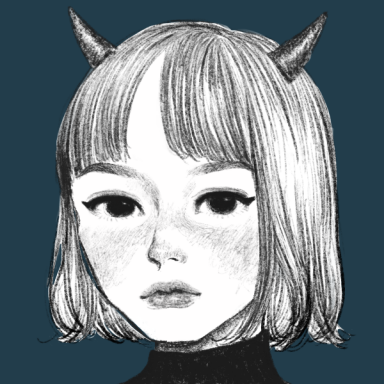 Drugs. Sex. Party. Repeat. This was the lifestyle of 18 year old Logan Price, a young musician traveling about big cities with his band, Revenge of The Misfits. They weren't necessarily all that popular, but they got invited to little run down joints to play all over in different cities, so it was the beginning of something big for them. Logan was the founder of this band, bringing it together with his vocals and skill with the guitar a couple years back. Some would say his life took a turn for the best, but... they couldn't be more wrong. Logan was a mess. He was a near alcoholic, a complete drug addict, a total jerk to his bandmates and whoever he seemed fit, and was only getting worse. He didn't believe in love, and merely gave in to one night stands to those he felt deserved his time. Logan was going out of control, and heading down a scary and life taking path. So, who would learn to control this wanderer?​

Hi! I'm Tart, and this little idea popped into my head out of nowhere, so I'm going to put it to good use. Below I'll list some rules, Logan Price's sheet, and provide a character sheet for you to fill out; male character, please! Once I read through your character's sheet and I choose to accept it, we will continue on to talk about further details and what not. Thanks for taking the time to stop by and read this!

1) Please, don't use text talk.
2) Don't expect our characters to magically fall in love in a single day! It takes time for people to do so, and this isn't a fairy-tale.
3) I expect you to respond at least 3 times a week. If you know for a fact that you can't do so, don't sign up. I understand you have a life of your own, I do too, but when you sign up for these things it requires dedication, hm? Besides, inactivity leads to a dead roleplay. I do however understand if you're on vacation or sick and can't respond sometimes, but please give me a heads up!
4) No one liners.

Quirks or eccentricities (off beat manner of behavior, dress, or speech that is peculiar to a person and distinguishes them from others):

Theme Song (For the funsies, optional.):

Clothing style/frequently worn clothes: A bit on the rocker/punk style. Typically seen sporting
a band t-shirt and some ripped jeans.

Hair color and style: Dark brown and it's either slicked back or wild.

Other distinguishing physical traits: Multiple scars on his left hand from breaking a beer bottle while drunk,
and his right pinkie is kind of bent from a previous fracture.

Action tags: He can't sit still for the life of him, and has a habit of running his hands through his hair.

Verbal tags: "Well aren't you fuckin' peachy." "Well.." He speaks confidently, and has a bit of a British accent.

Occupation: He's the singer and lead guitarist for his band Revenge of The Misfits.

Skills, Abilities, and Talents: He sings pretty well, and is great at guitar. He's trying to expand his abilities
with the piano/keyboard.

Quirks or eccentricities: He just very open about things and care free in what he does. He speaks
fast and is constantly doing finger patterns with his left hand when not playing the guitar. When zoned out, he'll write things out with his foot in cursive.

Things that make angry: Being lied to, being told no, someone not listening to him, messing up while playing.
Method of handling anger: He'll either break something or shout angrily to get it out. On severe levels, lashes out and is violent.

Fears: Drowning, being forgotten.
Method of handling fear: He'll play his guitar to try and soothe his mind.

Bad habits or vices: He's fond of mindgames and lying, and has a bad habit of thinking he can get away with shit.

Pet peeves or gripes: Hates when people smack their food, mistreat an instrument, or are newbies at drinking.

Hobbies/Interests: He's really into music and instruments in general, and is usually seen tinkering with them
in his spare time. He also likes to gamble and party. 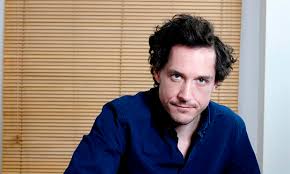 Body type: He's slim, but not exactly muscular. He's in shape because he prefers to walk everywhere.

Clothing style/frequently worn clothes: He usually wears button-front shirts and a nice pair of jeans or dress trousers. When he has a gig, he's in all blacks. He hates the cold and will wear long sleeve tee-shirts as well as a long jacket in fall and spring. He wears his mother's gold ring [which was a family heirloom] on his left middle finger.

Eye color: Hazel Grey. One eye lid falls a little lower than the other, but it's not too noticeable.

Hair color and style: Dark brown with a hint of red [from his mother] and it's curly. He wears it at a medium length [see first picture], but will allow it to grow out if he forgets to get a haircut. If it's long enough he'll tie it back.

Other distinguishing physical traits: He has a burn mark starting from his right hand and ending right below his elbow from a childhood accident.

Action tags: Bites his lip, has a crooked smile, he also has a tendency to tilt his head to different sides during conversation or in deep thought

Skills, Abilities, and Talents: Robert is a skilled french horn player. He also knows how to solve different twisty puzzles.

Negative personality traits (weaknesses): smug, stubborn, a bit of a know-it-all, a nag, paranoid [only in a car or bus], obsessive [at times]

Quirks or eccentricities: always 15 minutes early to an appointment, has routines that he sticks to religiously, always brushes his teeth before playing his instrument

Things that make angry: he hates rude people as well as people who blatantly break the rules, he will snap at anyone who insults his mother, heritage, or touches in instrument, he hates being told that he was wrong, drunkards
Method of handling anger: he bites his lip and taps his fingers on a table [or any flat surface], if he can he'll play with a puzzle cube to get his mind off of whatever angered him

Fears: he's terrified of airplanes and dislikes motored vehicles. He refuses to ride public transport and only allows certain people to drive him places. While he knows how to drive and has a license, he hates driving himself. He'd rather ride a bike or walk.
Method of handling fear: runs away [usually], talks to himself [when he has to drive some place], or tries to sleep it off

Bad habits or vices: Sometimes he forgets to eat and usually skips at least one meal a day

Pet peeves or gripes: mispronouncing words, incorrect facts, will only allow Samantha to do certain things for him [like cut his hair]

Hobbies/Interests: He loves music, which is pretty much his life. When he has extra money, he'll buy sheet music and journals to makes notes in. He also loves to read and solve puzzles, specifically twisty puzzles [think rubik's cube]


Robert grew up in a lower-middle class area where he often wore second hand clothes. He is the son of two immigrants and grew up speaking a mix of Italian [Mother] and Spanish [Father], while in school he spoke English. In middle school he first encountered Mrs. Poleski. She encouraged him to pursue music. In her youth she played the French Horn and taught Robert how to play. When he graduated high school, she gave him her instrument since she didn't have any need for it. Robert's father left them when he was in middle school for no concrete reason, but Robert suspected cheating. Robert wanted to go to college, but due to his mother's failing heath he began to play music on the streets. When he was old enough he worked whatever jobs he could find to help bring money into the household. When she died, Robert was 20 and went to live with his first cousin Samantha in the city. After earning enough money he got his own apartment, but still worked for her. She's the only family he has left and is rather close to her. At the moment, he keeps a rather low profile as he still performs as a street musician, but also makes good money by accepting any jobs requiring a French Horn player. He works in the recording studio as a sort of secretary, scheduling and arranging for artists to come in and record. Because of he's extremely meticulous when it comes to schedules, he never double books anyone and always ensures that the business is running smoothly.

[[I was thinking that the two could meet when trying to schedule a recording session. Maybe Logan's band manager knows Samatha which allows the band to come in for an extended period of time or something. Also, I was thinking that Robert was looking for a roommate for his apartment and something happens where the two end up living together. I'm spitting out ideas. Reply back if interested.]]
Last edited by a moderator: Jul 24, 2015
Reactions: tart.

Ahh, I adore your character haha! And I know Logan doesn't have a back story on his character sheet, but I plan on adding it in there in a bit when I get some open time. I love the ideas you put forth, and I think they'd work out nicely. In fact, the first one was along the lines of something I wanted to do. Here in a bit I can make the IC thread and write out an opening starter so we can get this thing on the roll. I look forward to roleplaying with you! @abalint

Thanks I'm really excited about doing with you as well. ATM I'm on vacation, so my posts will be at strange times of day. Anyways, I can't wait to start!
Reactions: tart.

Thanks for the heads up! I'm about to go and make the IC and OOC ( since I'm sure partner requests get deleted after some time ) and we can get started here in a couple minutes. :) @abalint