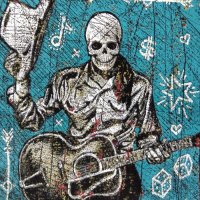 Genres
Western, sci-fi, anything with a good adventure

You are sitting inside of an office.
You don't know where you are, or who the man at the opposite side of the table is.

He looks at you, and twiddles his thumbs.

" It's a long way from home. You've been brought here because we sensed emotional turmoil from within you. Where you are at now is called the Therapist's Office. Please, let us discuss your problems. Start off with telling me what aches you."

The office is nicely decorated, and seems pretty basic. The man patiently awaits your response to his order, and continues twiddling his thumbs.

You can be brought in from any universe, and any situation. If you want, your character that you bring in may not have any actual problems, may be extremely troubled, and may be whatever kind of person you want it to be. The goal of this roleplay is to develop a character in a certain sense of a 'therapy session' where the man, Mister Universe, will ask you about your problems and try to get you out of emotional turmoil, or based on where your conversation with him goes, may lead to a funny conversation that has nothing to do with therapy.

The only rule is keep it within the guidelines of a simple conversation in the office. It can be about anything at all, and you can bring in any kind of character you want.
Last edited by a moderator: Mar 6, 2016
C

A boy with long back hair, a tangled mess that reached to his waist, and corpse pale skin sat at the chair. He wore a patient gown that was too big and as he looked up in Mr. Universe's general direction it was seen that his eye's pupils were a slightly lighter blue then his irises. Finally, holes were cut in the shoulders of his gown for two black, gnarled branches coming out of the boy's own shoulders. He didn't seem fazed by his sudden arrival, he knew he would be sent here eventually. He answered Mr. Universe's question with a cruel smirk that seemed unnatural on his face, "my guardian, Flint, is dead." His voice was raspy and tired.
Show hidden low quality content