The Senseless 8 (Minus 6) "Plot" Discussion

Key #4693, the Key
​
An RP in which bonds are tested, worlds are changed, and animals are flung across dimensions in order to stop the evil Coca-Cola Empire from filling the world with fizzy goodness.

Read at your own discretion. We're blowing off steam here.
​
o_o​ Personality: A little bit stupid. Can you say one-track mind? Only really cares about proving her worth as a soldier. Generally cares about the people in her troop, whether that be one she invented herself, or the one assigned to her by General Awareness. Her care, it should be noted, should come with a warning label. Far from nurturing, she has a brown thumb. Brown claws. She touches stuff, it tends to die. Other than that, she has a talent for choosing the winning snail in races at the track.

Abilities: Has proven to be pretty good at walking on two legs and using her arms to open stuff, but she does lack thumbs. So that makes rather important actions like grabbing kind of impossible. However, she has discovered she has a pretty low-caliber, but still exciting, version of terrakinesis going on.

Dislikes: Having to pretend to care about science, movie nights with Fruit
P

Backstory: Fruit was born with chronic hipsterism, a genetic enhancement that grants him coolness that only he and a select few chosen ones can see. Fruit first knew he was different when, during family movie night, he alone recoiled in disgust at Transformers and its ungodly sequels. His parents and siblings never understood him, but how could they? Their intellects and tastes were so mainstream – and they were naked all the time! He denounced them from a safe distance while they slept, then grabbed a knapsack and fedora, leaving New Zealand-7 forever.

He fell in love, fell out of love, fell back in love but refused to indulge the wretched institution of marriage, worked as a pepsi taste tester, decried Beyonce for the drowzee that she really is, joined a peace movement, left the peace movement after it got too big and had its values displaced by sheeple, embraced Jesus-7 as a social experiment, got addicted to cranberry, and finally joined the pepsi war effort, fully self-aware that war changed nothing but, with an amused kiwi shrug, ironically going ahead with it anyway.

A lesser kiwi would have chosen to side with the superior coca-cola empire; but Fruit was never one for the popular option.

Personality: He seems like a lovely drinking buddy – too bad he’s a straight edge vegan that’s better than you, sheep.

Abilities: Fruit has the ability to burn the conformity out of an individual with a touch – along with the individual itself. He can immediately differentiate between the mainstream and the indie, and marketing techniques do not work on this savvy kiwi consumer. He can shoot concussive laser beams from his eyes, and exhibits mild telekinesis to compensate for his lack of arms – ironically.

Likes: H-have you been reading? 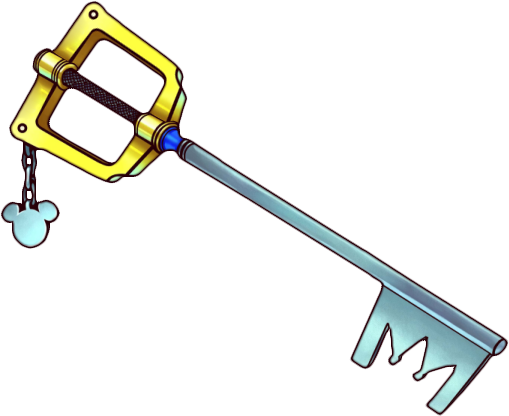 Backstory: He was created alongside the 300 other keys in his batch, growing incredibly close to the rebellious Key #4711, who called himself Lokey, recognizable by his defective head which featured a tiny third prong. One day, as they waited to pass inspection, Keygan's life changed completely. The lab rats took one look at Lokey's deformity and tossed him into the incinerator. Keygan couldn't look away. He also really couldn't see, but the pain he felt from the slaughter of his friend was real, man.

The resentment bubbled within him for hours, until he got his shiny new metallic coat and forgot all about it. Keys have short memories, after all.

Now, he's just excited to stuff his head into the keyholes of these new worlds and unlock their secrets. He will treasure them for as long as he can remember them.

Personality: With such a limited form of sentience, it's pretty hard to establish whether or not Keygan has a personality. He's friendly and compliant, however, but that could very well be because he lacks arms and legs to struggle with.

Abilities: Can "unlock" the core of each world and access the data held within in order to replicate the code that Pepsi had enclosed within him, to mass-produce soldiers for the war effort. He's also a blunt instrument. He bruises easily. Don't try to use him as a weapon. He's no keyblade.

Likes: Jingling, jangling, doing his job, not being compared constantly to the far superior utility of a keyblade

Dislikes: Keyblade, being shoved into places he doesn't belong, the weird keychain that he doesn't understand that hangs from his hilt
Last edited: Jun 28, 2015
P