The School of Hard Knocks W/TheWhoniverse

Name: Kadir Valentin Eser
Gender: M
Age: 16
Looks: Kadir is half Turkish half Russian. His skin is a medium bronze-ish gold tan. It gets a bit darker in the summer but he never really gets super dark. He has extremely curly black hair that is short. He keeps it tight and short on the sides up thick on top so his curls show. He get stubble easily an despite having curly hair his beard come out stiff and brittle. He has semi-busy eye brows and actually very nice eyelashes.
His eyes look odd against his tan skin tan because they are an icey blue with flecks of darker blue and grays in them.
Kadir is around 5'9-5'11" tall and is still growing. He is strong, but he looks somewhere between lanky and muscular.
He has scars on his knuckles and arms from many fights he's been in and about three inches from his heart is a scar from where he got stabbed once. Above his eye brow is a two inch scar.

Personality: Kadir is a tough guy. He has an explosive temper and gets into fights a lot. He is actually quite smart in certain subjects except he gets frustrated easily and doesn't like to be told what to do. Kadir is oddly extremely sensitive, he tries to hide this by gettiing mad instead of crying when he feels like it and then he'll stuff or people.
Kadir is high energy and it's hard to get him to sit still. He iikes to keep moving and learn by doing rather than listening or reading(He can't read). He has a pretty good auditory memory too though. He gets test anxiety and hides it by just refusing to do test and again getting angry.

Looks: Alex is from Canada, but has lived in Britain for a long time. She has the palest skin you could have, striking turquoise eyes, and pale, think pink lips. Her eyes aren't ones to shy from, its nearly impossible. One glance and you're stuck. She has chest length brown hair when down and untouched, but usually wears it in a choppy-wavy style. She doesn't wear much makeup except eyeliner in a cat eye style, mascara, and her eyebrows done up. She uses light concealer to cover up the scars her ex-boyfriends gave her, and has shown no one. 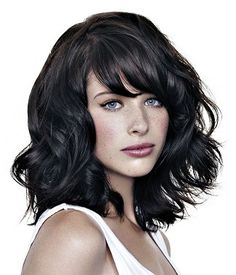 She is thin but not as skinny as a lost of girls, no thigh gaps or things like that. She's only 5'4 and will probably only get a few inches taller eventually. Alex is very strong for her age, but only shows it when someones flirting or picking on her. She only smiles when laughing or is blushing. Underneath her uniform, she had tons of bruises, scars and cuts.

Her outfit usually consists of a loose blue and white striped tie, a burgundy blazer with school shield with rolled up sleeves, a white blouse that has rolled up sleeves if not with the blazer, grey cotton skirt ((Can be a mini or skater skirt)), black tights or leggings, black/brown combat boots.

Personality: Alex acts tough just to cover up the hurt she has been through. She won't admit it, but she's a huge nerd by heart, loving Sci-Fi, Books, & Anime. When angered, she'll usually shove that person against the wall and tell them to shut it or else, or beats them up in an alley way. She can be snarky, rude, and cheeky, but doesn't give a f-ck. But she shows a different side when someone unlocks her heart. She can be kind, sweet, cute and innocent when she isn't beating up people. She never cries in front of anyone and never shows her weaker side nowadays because of her ex's.

Kadir dragged himself out of bed when the orderlies started flicking the lights on and off to wake up the dorm.
He was in his PE clothes a red shirt and navy blue sport shorts. He sighed and yanked in his trainers. They had PE early in the morning if you were in restrictions like he was. He had gotten into a fight with another student and after spending a week and a half in the school hospital for the beating he's received as punishment he'd been put in restrictions for a month.
Kadir ran out of the long dorm room with the rest of the restrictions and headed outside.
T

Alex woke up, getting up sluggishly and groaning. She hated getting up unless it was to do something she liked. What made it worse, was her roommate.

Her roommate was the daughter of the headmaster, and they were placed together for a reason.

She sat up and walked over to her closet, putting on her uniform while trying to ignore the constant yapping blonde on the opposite side.

Once dressed, she walked out into the hall, putting in her head phones. She may have been in a reform school, but she didn't care.

Not to be a nag, but it's a reform school.

The kids aren't given their own rooms much-less allowed to decorate them or dictate their own fashion. Their there to be reformed into proper citizens insted of deliquents...

would you be willing to change your first post please? It's not a normal boarding school it's reform school(and an infamous one at that) remember. They're not there to be nice and coddle the kids.
T

Kadir was ready outside running laps. The 'teachers' were yelling mostly because they were angry at the restrictions for dragging them up this early. All of Kadir's roommates was out there with him. Te rooms could be anywhere from 6-2 to a room depending on many factors such as what your in for, how much money your parents had, and how good you were in school.
The better you were the more likely you were to get a two person room. most people got a four person room. Six was only restrictions rooms.
T

Alex listened to Arctic Monkeys on her phone, or other rock bands. She walked out side, and through the courtyard, looking at all of the restrictions running past. Alex used to be one of them, last week to be completely honest.

She stopped and watched, not realizing she was standing right in there path. Right in Kadir's path

Kadir slid to the side and fell to avoid slamming into the rude girl in the middle of the run,
"What's you problem!?" he yelled at her jumping up he swore at her and the turned and started to try and sprint to catch up with the rest of the restricted. He shook his head in frustration. Dumb little girls and their phones!
T

She rolled her eyes. "You know better than to treat a lady like that." Alex smirked at him, being as cheeky as she was, before walking off to class

"Yeah, show me a lady and I'll treat her right!" Kadir yelled back at her. he still had an hour of PE left before breakfast and then his classes. Restrictions ran a totally different schedule then everyone else it seemed. Normal kids had one class, generally morning 'therapy' or some such class before breakfast, 'How to Adjust To The Real World' was another class that was all part of 'sending them back into society reformed'.
T

Alex walked into class, her therapy class, and sat down. She put her feet on the desk and leaned back. All she could think about was trying to relax & ignore he hippie they called a "Teacher."

She kept her headphones on, putting her hands behind her head and closing her eyes
Last edited by a moderator: Sep 12, 2015
T

Kadir continued his run. When they finally got done they let the kids shower. Kadir showered and dressed in the school uniform. He checked to make sure he looked sharp and then the group of restrictions were led to the dinning hall for breakfast.
T

Alex pulled her headphones out as class started, and listened as the teacher spoke, doing as told. The one thing she hated the most. Orders. But she had to listen, or there was a severe punishment. After class was over, she went to the dining hall, noticing once again, the restrictions... And Kadir..

Alex grabbed some breakfast and sat down a bit further down the bench from the restrictions.

Kadir shoveled food down his throat quickly not looking around. After this he had a very short time to get his stuff and they'd go to Therapy class and then start school at the same time everyone else did.
Kadir guzzled his drink down and the restrictions got up the leave. As he past by the rude girl who'd gotten in his way Kadir bumped into the table making the milk spill.
T

She gasped, the milk spilling straight onto her. "What the hell, you moron-!"

Kadir smirked at her as the restrictions filed past
"Next don't be a rude little brat ad stand in the way of runners." He hissed before leaving the dinning room and heading for therapy class.
T

Alex glared, pissed off. She usually poured milk on the other kids bothering her, but someone else doing it to her?

Alex ran out of the dining, and charged Kadir down, jumping on his back & tackling him
Show hidden low quality content