The Ruins of War

The Great War was never meant to last as long as it did. It was never meant to go on for twenty years, twenty years of death and destruction, twenty years of towns and homes being erased from the very ground they stood. The worst part? After the dust settled on this twenty year war, there was no victor, only ruin. The great kingdoms that once stood with their Sacred Flames burning brightly were nothing more than fallen rubble, the Flames that once burned, extinguished. Now among the ruin, all races alike try to rebuild some form of society, but with bandits running rampant, and small factions still waging battle, it is near impossible. Without the Sacred Flames, evil from beyond have entered the world, killing and destroying what the war had spared. Only the strongest, the smartest, or the most cunning can survive this new world. Many believe that the bloodlines of the royals, the only ones who can reignite the Sacred Flames, have ended with the war, but others remain hopeful, hopeful to a point that some have ventured to seek out the surviving bloodlines and restore the three kingdoms to their former glory. Their searches have born no fruit, but still the hope exists. "Restore the kingdoms, restore your home."

So as the title says, this is a modern fantasy, so modern technologies such as radios, televisions, and electric lights are a thing. However, since this is post apoc, most of your tech will be salvaged and built on your own. As it is now, cellular towers are down, so only short wave radios are the most effective means of ranged communication (minus screaming at people from far away, which in hindsight isnt all that effective... or stealthy... just sayin). In this world, guns and gunpowder do not exist, so swords, shields, maces, etc are your weapon choices. Magic does exist, so... yeah... be a damn wizard for all I care. Rules: No godmodding No mary sues and all rpg rules apply. Since their are 3 kingdoms, I will allow 3 royals Now:

what were you doing during the war?:

Race (provide a subrace if your race holds such a thing:

what do you do now?:

bio: (if you want a royal, pm me, it is meant to be a secret of who is and isnt the royalty)

Deradoth: the kingdom of trade and commerce. With their ever variant supply of food, clothing, and other items, they have made for a great trade kingdom to all the land. Their Sacred Flame holds the symbol of an eagle.

Grethorn: the kingdom of education. all great scholars come here to further their studies and meet with all the intellectuals of the lands, their Sacred flame holds the symbol of an owl.

Fredon: The kingdom of military strength. With their discipline and strength, they have been known as the birthplace of heroes. They were actually the ones most interested in ending the war peacefully, rather than with bloodshed. Their Sacred Flame hold the symbol of that of a wolf.


Here is my character:

from which kingdom: Fredon

what were you doing during the war?: Before the war, he was a young footsoldier just out of training. Wanting to follow in his father's footsteps, he had hopes of becoming a great war hero.He came out as the top of his class, quickly going up in the ranks of his fellow cadets, finding favor of his commanding officer. But staying fair, he did not accept any kind of advantage provided to him, wishing to earn all of his honors the right way.

Race (provide a subrace if your race holds such a thing: Beastkin, sub-race: Wolfkin.

Personality: Davin is disciplined in the sense that he knows when he needs to avoid or pursue a fight. He holds no personal grudges with any race as he tends to judge all by the way they act and hold themselves.

what do you do now?: Davin currently is a guard for hire for caravaners, providing the muscle needed to keep away any bandits that may attack.

weapon of choice: an steel mace that belonged to his father during the war. it holds an enchantment in it so that it will never dull or diminish in condition. Aside from this, he also holds a special amulet passed down by his family line that has the ability to transform him into a lycan form. When he assumes this form, it is hard for him to maintain his human mind, and if angered enough, can go into a fighting frenzy, attacking friend and foe alike. Wearing the amulet tends to make him more animalistic as well, more short tempered and ready to fight.

bio: Aside from being trained as a soldier, Davin spent much of his time with friends, either watching television or out playing as any ordinary boy. However, when the war proceeded to attack his home straight on, he joined ranks and fought alongside his Fredon brethren. Many years he had fought, and many friends he had watched dying. When the war had ended, he traveled from settlement to settlement, taking whatever jobs he can. 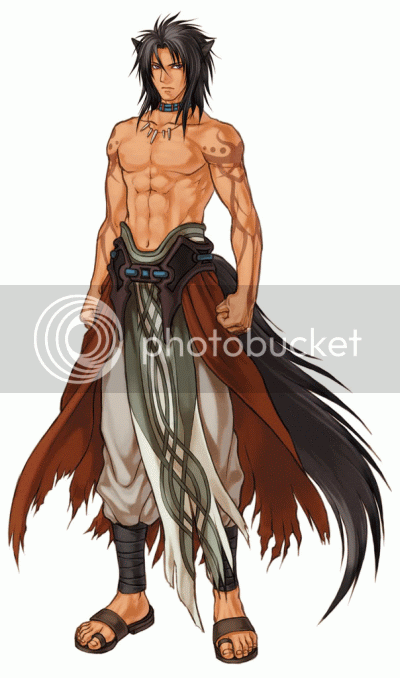 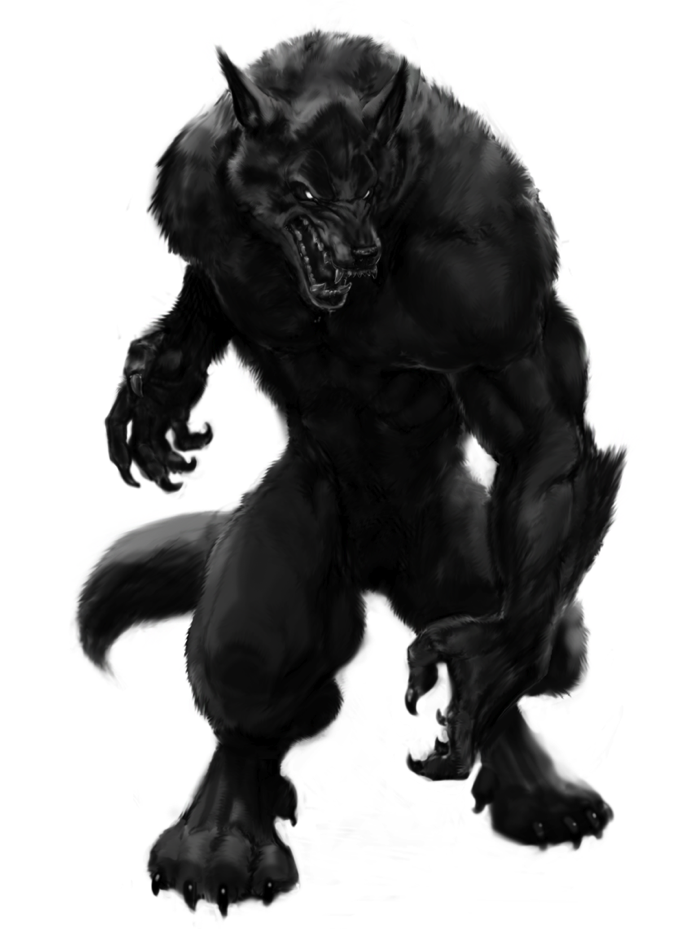 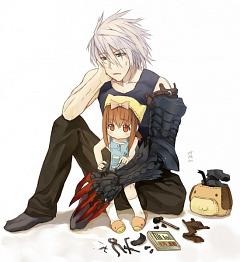 what were you doing during the war?: During the war, Milli's parents sent her away to live with her reclusive aunt and uncle. From them, Milli learned much about engineering. After the war, she was given one of their most successful automatons.

Personality: Milli is a genius, but she's ten, so she acts ten, if extremely well behaved. She'll cry when she's hurt, say please and thank you, she's afraid of the dark and of heights.

what do you do now?: Milli is currently wandering the wastelands, looking for her parents.

weapon of choice: Automatons. Though nothing she makes approaches the complexity of her uncle's creations, she is a genius of her own right and given the right parts she can build almost anything.
Show hidden low quality content