Original poster
So yeah, this is an RP from another site that is having problems staying up at the moment. I have decided to temporarily move it here, so we can continue. We have all the characters we need, and the plot has been progressing for awhile, so this is closed off to only those originally in it.

Life isn't what it used to be after the kingdom of Mali fell to the Davik army. What used to be a beautiful, thriving towns have been turned to ruins, forests have been burnt to ash, rivers and lakes have dried up. Not only has land been destroyed, but so has people's way of life. You will find no children playing in the streets, no couples walking and laughing, and no merchants selling goods in the busy market. Instead, many have become slaves to the Davik army, the others hide in the shadows and scavenge at their own risk. The population is now split into 3 groups. The Daviks, slaves, and scavengers. A fourth group is emerging though. A group that has vowed to overthrow the Davik army and restore what used to be a great empire, or die trying. The group started out laughably small but has grown tremendously in size. As the Davik army increases in cruelty, so does the size of the rebel group.
You are one of the people who chose to pick up a weapon and fight. You have chosen to put your life on the line for the slim chance of making a difference. Everyday your assignments have been the same old thing, but there are rumors around camp about something big happening soon. There have been many speculations on what this event is, but no one knows for sure.


Rules
Respect others
No OP characters, I will call you out on it
Sexy time in the PMs
Follow site rules
Have fun!
You can have more than one character
If you choose to have magic as your main weapon, please do not add having huge weapons to what your character has. Likewise, id you choose to be a mele character, please do not make yourself a master spell caster. Magic people can have staffs and small weapons, mele people can have an enchantment on their weapon

Personality- Avalon is a strng leader, even though at times people question her authority. She is responsible, and hates losing. She usually all work and no play, but lightens up around those she's known for long periods of time.
Weapon(s)- twin blades, daggers
Magic- none
History with the group(founding member, new recruit, veteran, that kinda stuff)- Avalon founded the group, with her father, and was nominated leader after her father's death.
Short Backstory(feel free to hide anything you want to keep secret)- Before the empire fell, Avalon and her sister lived in the palace. Their mother was a tutor for the royal families children, and their father was the king's personal blacksmith. Even though they were not royalty, their family and the royal family became very close. Avalon and her sister don't talk much about what happened on the night of the invasion. All that is known is that their father escaped with his daughters, and founded the rebellion group. Her father led the group for the first three years. Medicine was very scarce back in the early days of the group, so when her father was poisoned in batter there was nothing that could be done. After his passing, Avalon was nominated leader at the age of 23 and has been leading her since
Name- Alexandra Reinemen
Age- 17
Gender- Female
Appearance-

Personality- she is intelligent when it comes to magic, but can be a bit of a scatterbrain. She is caring to those who are nice to her, but is a bit sassy. She often times finds herself in sticky situations with the guild members, but uses her sister as an excuse to get out of trouble
Weapon- wooden staff with a cresent moon carved in the top, small dagger with poison
Magic- fire and wind
History with the group- new recruit
History- same as Avalon. She never was officially a member of the rebellion group until a few weeks ago. Before this she would run small errands and stuff for the group, but never did any fighting. Avalon wanted her to focus on studying magic, so she would be of better use to the group in the future.

Weapon(s)- Coins
Magic- Allomancy (I won't make it too OP, let me know if you want me to explain it)
History with the group - Conor was a thief in the capital before he got caught and sent to be publicly executed. During the execution, a group of rebels freed all the prisoners to be killed and since then, Conor has been working with them.
Short Backstory - Conor is the bastard son of a whore and from an early age, learned to fend for himself. He discovered his Allomancy early on and by stealing valuables and selling them, he managed to get enough money to buy the metals he needed.
Name- Janur "Captain" Winsure
Age- 42
Gender- Male
Appearance-

Personality- Janur is a leader by nature with the ability to gather followers to rally behind him. He has a fatherly attitude towards anyone younger than himself. In a sense he is rather silent about himself and focuses on the big picture than the smaller details. Determined and unyielding.
Weapon(s)- Long sword, repeating crossbow.
Magic- None
History with the group: Right after the army took over, he was sentenced to death but was rescued and escaped to join the rebels.
Short Backstory- Janur grew up as low class boy. For years he had to work hard to make the most trivial amounts of money alongside his family. During the day he would work at the markets and storage houses. At night he would enter illegal fights. This continued for, the results fluxing until he turned 17 and joined the Mali military. While it was made up of mostly nobles in the rank of knight, he was a solider doing the dirty work. However what he lacked in status he made up for in charisma. The other grunts crowded the low class boy. Thanks to this personality and his excellent combat skills, Janur raised the ranks until he became a Captain. However when Davik struck, his forces were crushed and he was sentenced to death. Luckily he was rescued by the rebels.
Name- Botag Cide
Age- 19
Gender- Male
Appearance-

Personality- Botag is street and combat smart but is dull when it comes to everything else. He has a loose respect for authority and often gets into trouble with the higher ups. Brutal and viscous at times or just down right silent and bored.
Weapon(s)- Twin Daggers
Magic- Wind and Shadow
History with the group(founding member, new recruit, veteran, that kinda stuff)- Botag found himself sick of the scavenger lifestyle and was not going to give up his life and be a slave. So he joined the group recently. New recruit.
Short Backstory(feel free to hide anything you want to keep secret)- As far back as he could remember, Botag was a bandit child. He would stalk around the outer rim of the Kingdom to pick off nobles or caravans with his buddies. He discovered his magical talents during a semi-tragic event which occurred right before the Davik Army invaded and took over. Since then he has been just raiding old homes and stole from others to get by. However he had caught wind of the rebel movements. So he decided to join and see what happens.
Name: Jared West
Age: 23
Gender: Male
Appearance: Orange hair, red eyes, fair skin, and tall.
Personality: Kind, caring, somewhat lazy
Weapon: Flame enchanted Longsword
Magic: Fire based spells
History with the group: Veteran
Short Backstory: Was recruited awhile ago after a raid on a slave encampment. In the chaos, he and his sister escaped with the rebels.
Name: Emily West
Age: 19
Gender: Female
Appearance: Silvery white hair with small purple streaks on it, crystal blue eyes, and fair skinned.
Personality: Bubbly, caring, excitable, happy
Weapon: Fists and feet.
Magic: Ice based spells
History with the group: Recruit, recently started to fight.
Short Backstory: She was a slave with her brother until and attack on the camp she was in. She was taken in and helped some, only starting to fight when she turned 18.
Name- Amelia Davik
Age- 39
Appearance- 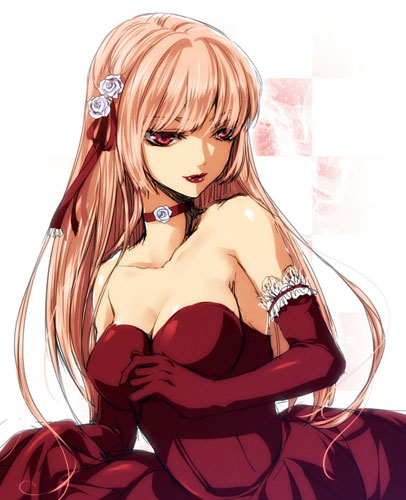 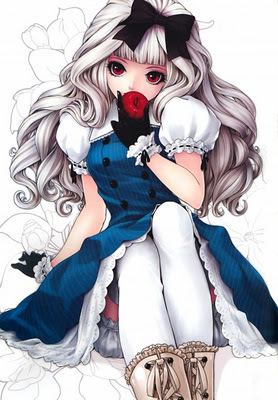 Weapon-???
Magic-???
Personality- she is pretty in the moment with how she reacts to things. Not afraid to speak her mind
Short backstory- Lydia is the daughter of the emperor and empress. Her mom and her were riding in a carriage when the rebels ambushed them. This caused a huge fight between the mother and daughter, resulting in the mother leaving Lydia
Name - Emperor Magnus Davik
Age - 38
Gender - Male
Appearance - 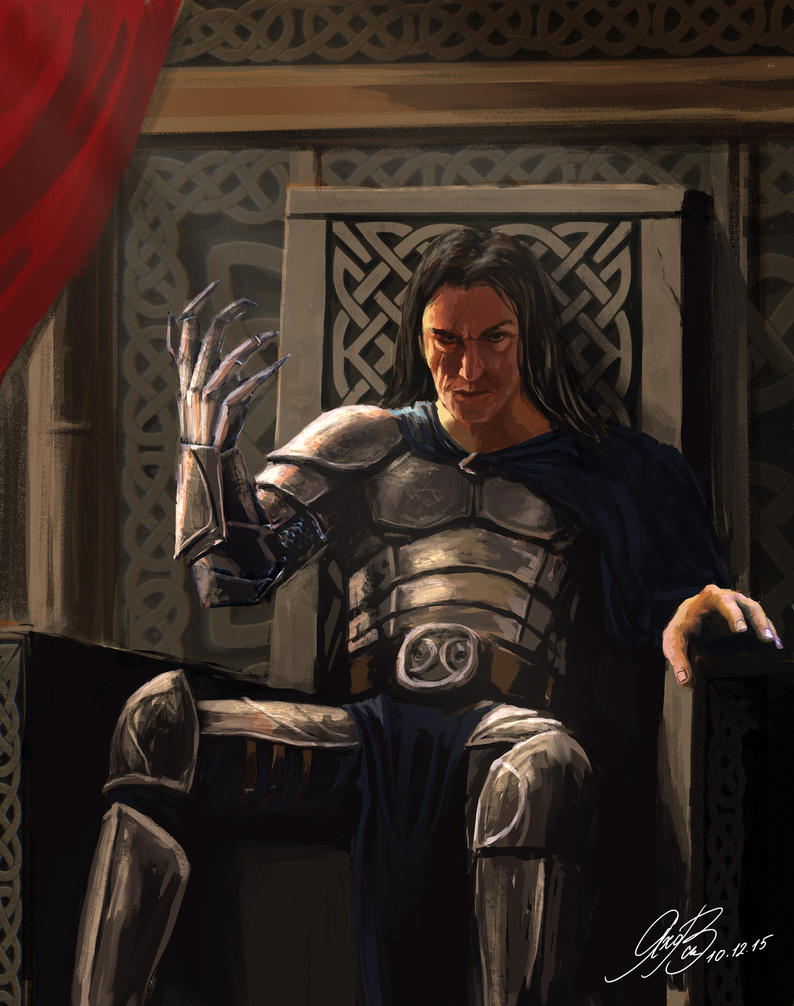 Personality - Magnus is a very tyrannical ruler and a ruthless warrior. He doesn't know the meaning of the word "mercy" and has never given anyone even a hope of a second chance if they failed him.
Weapon(s) - His gauntlet, a greatsword
Magic - Very powerful telepathy and telekinesis.
History with the group(founding member, new recruit, veteran, that kinda stuff) - None
Short Backstory(feel free to hide anything you want to keep secret) - Nothing is known about him before he marched his army on Mali and slaughtered the previous ruler. He's not seen outside his castle very often.
Name: Rose
Age: 16
Gender: female
Appearance: small for her stature (approximately 5 foot) wears a cloak, but for those who manage to see her without her cloak on would see a beautiful young girl with long black hair, and blue eyes, a small scar on her right cheek
Personality: closed off, avoid orders for the most part, but may befriend someone who puts forth the effort
Weapons: knives, darts, a small sword
Magic: stealth (if I'm allowed to use magic)
History with the group: (veteran?) Been with the group since she was 10
Backstory: Rose was the daughter of a noble in the Davik castle, but before she was born her father had fallen in love with a women that would be considered a disgrace to the Davik castle, when he was discovered he was told to execute his wife and daughter, he managed to kill Rose's mother without a problem, but when it came for her death, her father hesitated before cutting her cheek in defense as she attacked him, after attacking her father, and leaving him unconscious on the floor, she ran from her home until she encountered the rebels
Last edited by a moderator: Mar 6, 2016
A