Original poster
So, it's been quite some time since I've ever GM'd a roleplay. It's safe to say that my GM skills are not...good. Not good at all.
I'd love to make new roleplays and practice my GM skills but I've been dry of good plots of roleplays...until now?

I've had this world concept in my head for a bit and I actually really like it. I never thought of a good plot. But I just thought I'd share the world concept.

Please keep in mind there is NO guarantee that I will actually be doing this roleplay. If interest levels are high enough there's a good chance I might...but I might be too busy/not have a good enough plot/etc.

I'd really appreciate it if you could give me some of yours plots to go along with mine. It would really really really REALLY help me :)


"We live in a world that is bound to change. We are humans and we change things. We taint them, manipulate them, and force them to bend to our will. The same goes for our own Mother Earth. Either we will change or we will make the Earth change."
-Dr. Judi Jones, leading scientist of the Caring For Mother Earth foundation. (Year 2025) 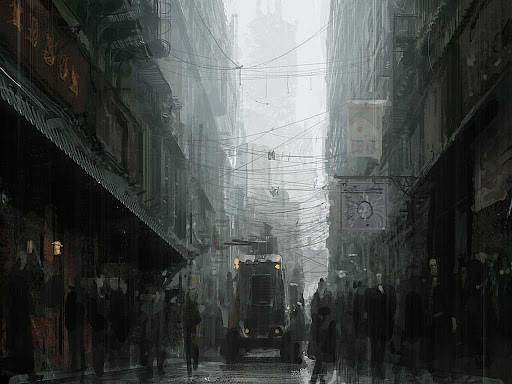 Now picture them all being destroyed by fire, machines, and humans.


In 2011, we reached 7 billion people in the world. Many scientists were concerned with the ability of the Earth to cope with our influence. For we humans do indeed have quite an influence on our home. As the years clicked on by, the number of humans kept on growing. And growing. And growing. Wars were soon broke out over land. Food was becoming harder to produce due to lack of land. Cities were horribly overcrowded with our booming population. A black market for land actually started. Owning illegal land got you a half-life sentence in jail. We were becoming more desperate.


The problem was clear. We needed more land.

But where would we get it? Only about 30% of our Earth's surface is land. Where would we live? In 2050, the World Leaders got together and debated for a full year on what to do with this ever-growing crisis. Soon, at the dawn of 2051, a solution was finally found.

"My dear friends...the World Leaders have debated for twelve long months and we've decided...all the land will be ours. Animals and plants have the precious land we need. To gain something we must sacrifice something...and we've decided to sacrifice wildlife."
-Pedric Sallum, World Leader member (America) (Year 2051) ​
It is now 2105. All and any land we could find became ours. Entire forests were cut down and plowed to make way for buildings for people. Hordes of animal were killed through hunting, poisoned water and food supply, and even man-made diseases. Now, entire buildings devoted to the production of food have been built. Pollination is now with machines and people. Artifically designed plants along with oxygen pumps are now installed in every building in the world. The world's surface is littered with structures of different kinds, all housing people or types of supplies that they need. The oceans? They were not spared either. 99% of aquatic species died out due to pollution we threw into their waters. What species did survive were forced to evolve to survive the massive sludge that polluted their homes now.

Yes. We certainly did change the earth.