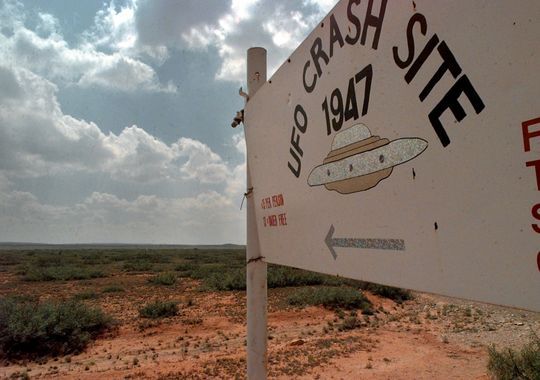 Something from the sky collided with the ground in an ungodly hour in the morning. But what was it? An alien spacecraft? Government testing? Bombs?

Whatever it was, it sure as hell was sure that nobody saw it.

But they were wrong.


Welcome to the Jessop Society!

Courtney had just woken up to the sound of her phone buzzing. Who the fuck calls at this time? Her blond hair was in an awkward bun at the top of her head. The phone stopped ringing as he slowly lifted her head in annoyance. "Ugh." He muttered as she sat up. Her parents had gone on a 'romantic' holiday away, leaving her home alone. Finally. She wanted to have a party soon, but she wanted to wait until Saturday.

She decided that her lie in was finally over, Courtney got out of bed and to her giant desktop on her desk. Her love for computers was getting out of hand; wires everywhere, dissembled hardrives littered her pink room and at least five different keyboards were placed around the room. She turned it on, her background image one of Miss Jessop.

Speaking of Jessop, the phone rung again. She sighed and picked up, "It's the morning, what can be wrong now?"​
​

Watching the explosion from the road, Tyler blinked hard. Was he seeing this? It was 6AM in the morning and the sun had just risen. It was dusty and cold, but his mother had forced him to take his two German Shepard's before he went out to meet his friends.

The dogs - David and Gillian, were barking like crazy at the orange flames in the distance. This entire summer was getting weirder and weirder for the teen. Being the most skeptical one of the group, he had witnessed the most shit. Tyler attempted to get out his Polaroid to get a picture of the burning. He had the dumb idea to put down the leads of the dogs to get a picture of the flames. As soon as he took it, both dogs hurdled towards the flames, "David!" He yelled, chasing after the barking animals. He decided to get out his mobile as he chased after them. He took the nokia and dialed Chris's number.

When he heard the phone picking up, Tyler started shouting, "Dude! You gotta contact the entire team, there's been a crash!" He dropped his camera into the sand as he finally caught the leads. "Get somebody to meet me at the 47' crash!" He referenced the sign which was put up in the roads. He didn't want to get closer, but he could smell an odd smell of fuel. He sat on the sand, trying to get his picture from the camera.​
​
J

Lyle O'Connor
Lyle groaned as he sat up in bed. He phone was going crazy. He picked up his phone and rubbed his eyes
"It's Lyle.." He said groggily, waiting to here who was on the other line. He looked around his room. Jesus he needed to clean. He was practically living in a pig sty. There were cloths all over the floor and and trash all over his desk. To be completely honest it was disgusting. Too bad Lyle was a lazy piece of shit.

Jessica Torres
Jessica was walking around her house, half asleep. She got to the kitchen and groggily took out stuff to make herself a bowl of cereal. Her mother smiled at her.
"Sleep well mija?" Jessica made a tired noise and sat down with her breakfast. He began to eat. From her room, she could hear her phone going off. She groaned and got up from her seat to grab her phone. She picked it up and said
"This is Jess..." Who the hell could be calling her at this time of day?

Christopher King
​
Christopher hadn't gone to sleep last night, even after his uncle had warned him that it was 'light's out'. The seventeen year old had turned off the lamp for the few seconds it took his uncle to go to his own bedroom, and then switched it back on. It's not that he wasn't tired, oh he was, but he'd recently found an old news article at the local library about sightings of a strange creature at a gas station. He could tell by the first few words that it was a total hoax and probably a cry for attention, but it'd triggered the instinct to research more 'creature' sightings and so Christopher found himself hunched over a mound of newspapers with bags under his eyes. He was actually starting to doze off when his phone rang and he came to with a start.

"H-hello?" He groaned, his voice husky with lack of sleep, but the next words spoken to him by his friend, Tyler woke him up immediately. A crash?! "Whoa, dude seriously? Hold on, I'll be there in ten!" He gasped, as he practically flung himself out of bed and into his wheelchair. As he wheeled himself into the hallway, he quickly dialed the rest of the group one by one, simply telling them, "Crash at 47'! Get there ASAP!"

"You're gonna regret not going t' sleep!" His uncle called, as he raced to the door. Chris gave his uncle a 'well what can ya do' shrug and headed out. Chris actually lived near the 47', so he didn't need to hitch a ride and got there relatively quicker than his originally stated ten. He spotted Tyler, and rolled over to him. "What's up dude, how'd it happen?" He asked, his eyes glittering with excitement. He wondered if it was his ship that had crashed...

He had just managed to shake the picture enough to get an image. The two dogs were lying next to him, like they were guarding him. They stared over at where the thing had crashed, teeth almost showing. Tyler was breathing in the smell of heavy fuel. The smell told him something must of crashed, whether it was a shot down plane, a testing craft... Maybe even a UFO? Tyler didn't know.

When he heard the sound of his friends voice, Tyler looked up. His dogs bounced over to Chris. The dogs had always loved Chris, sometimes Tyler joked that Chris should just adopt them already. He quickly ran up behind them, "Can you smell that?" He asked, the smell was unpleasant and obvious. "I don't know-" He began to actually answer his question, "I was walking the dogs, the next thing I hear is a massive explosion!" He adjusted the baseball cap on his head, "Then I see flames, and the dogs are going mental." He said, looking down at the picture, "Ugh, it's not developed yet. I'll call Lyle-" Tyler took out his cell and turned to watch the flames with Chris.
J

Jessica's eyes went wide.
"A crash?!" She hung up her phone quickly and rushed to pull on some jeans and a t-shirt. She grabbed her car keys and slipped on some flip flops before racing out side the house.
"Where are you going?!" He mom yelled out to her.
"Catching up with Lyle and the gang! I'll be back before dinner!" She yelled back and slammed the door behind her. She jumped into her car and drove to 47. Once there she pulled over when she saw her friends. "What the hell happened?" She asked. Soon after Jessica got there, Lyle showed up on his motorcycle. Lyle's mother hated the damn thing but it made Lyle feel even more like a bad boy. He pulled his helmet off and set it on the handle bars.
"Will someone please explain whats going on?" He asked.
Show hidden low quality content