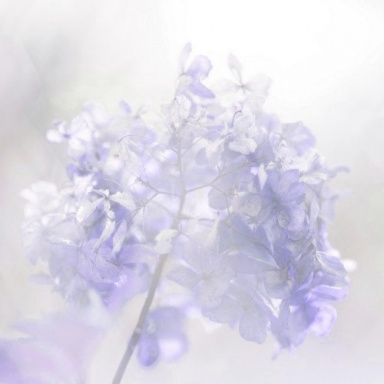 Paragon Valley Mental Institution, the quality institution you will find to rehabilitate any patient and make the decisions that "best" suits everyone.
Last edited by a moderator: Mar 6, 2016

Inside the temporary prison cell of the police station, Caius had his head leaned against the metal bars as he listened to the quiet mutterings and phones ringing from the front office. Even now, he could vividly recall what he had done to his step father and he now knew that this is what might have happened every time he had blacked out. This time was different though. He did after all, have the urge to kill him and that was rare. Caius never felt or thought of ever doing that until now and even if he did, he most likely wouldn't have done it. It was like he couldn't control his body anymore. Though he did relieve his anger in beating up his step father to death for all the times him and his mother were abused. Especially to the point where his mother committed suicide. Shaking that thought out of his head, he rubbed his temples and heaved a heavy sigh from all of the events up until now.

Just then, Caius heard a set of metallic keys clanging against each other and the sound of footsteps heading his way. He looked up to see an officer opening his cell and indicated for him to come out with his hands. Getting up, Caius reluctantly followed and sat down at the front desk across from him. Alik then cleared his throat as he looked through some files and signed some papers. "Well, seeing that you're one year away from being a legal adult and considering everything that happened, including looking at your health files, the government decided to send you to 'Paragon Valley Mental Institution.'"

"Wait, that institution? I only have one year left until I become a legal adult. Why the hell are sending me there for?" Caius demanded with confusion. Alik only shook his head while waving the files he was holding into the air and in front of Caius. "Sorry kid, it's already decided that you're leaving. On the plus side, at least you have somewhere to stay right? You won't have to worry about shelter or food-"

"Or be a nuisance to the 'normal' part of society," Caius spoke, cutting him off short. Alik cleared his throat nervously as Caius smirked slyly. "That file you have. It's the documentation of when I got a brain injury isn't it?" He stated rather than asked. Before Alik could answer, someone in a white lab coat walked in with a smile and stood behind Caius. "You must be Caius Phaedrus," a woman spoke as he turned to face her. "My name's Agatha," she introduced as Caius turned around without giving her any acknowledgment. Just then, he felt her hand on his shoulder and brushed it off with a glare. "Guess your ride's here huh?" Alik said nervously as he quickly handed Agatha some files. Agatha gave him a nod in thanks and put her hand firmly onto Caius' shoulder and pulled him up forcefully.

"DON'T TOUCH ME!" He exclaimed, causing Agatha to calmly back off while everyone watched the scene. "Caius was it?" She said as she grabbed his arm. "Like you don't know that already... And what the hell are you doing? I can walk myself," he spoke, mumbling his last sentence.

"Good," Agatha said as she nudged him out of the station and into the car. Caius was yet again forcibly pushed in as he glared at the woman who started the car.

The ride lasted for an hour until he noticed the building they passed, slowly become a forest of trees. He then saw a large building in the distance, surrounded by metal bars and barbed wires. When she pulled up to front gates, she got out of the car to unlock it as Caius got out slowly and followed behind her. "Welcome to Paragon Valley Mental Institution," she said in a sickeningly sweet voice that made him want to gag. Caius took a look at the dreary grey building that was rebuilt to look new, but it obviously gave off an ancient feel to it. Like the old Victorian buildings in the history books. Following Agatha inside, Caius looked around the silent building, only to see it strangely empty.

"It's still early, so the others are in their designated rooms. They'll be out soon. As for you... Your room number is 460," Agatha explained. Her demeanor growing colder than what it was when they were on the outskirts of the institute. "You'll get the gist of things around here soon. I have another patient I need to attend to," she said as she quickly abandoned him.

The hell... He thought to himself as he began to walk around the first floor. So what? Apparently I'm mentally ill with no guardian and so they think it's convenient to just throw me in the recycle bin with all the other people that their trying to 'fix'. I don't even know what's going on... I don't even know where I am. "Seriously, where the hell am I? God dammit," Caius said to himself as he began to pass by the same paintings over and over again. Right then and there, he heard a loud bell clearly reverberate throughout the entire building as voices and shouts traveled around like a stampede of animals. "Crap...."​
Show hidden low quality content