The ::House Was AwAkE With ///Shadows/// & Monsters {post-apocalyptic, vampires, angels} 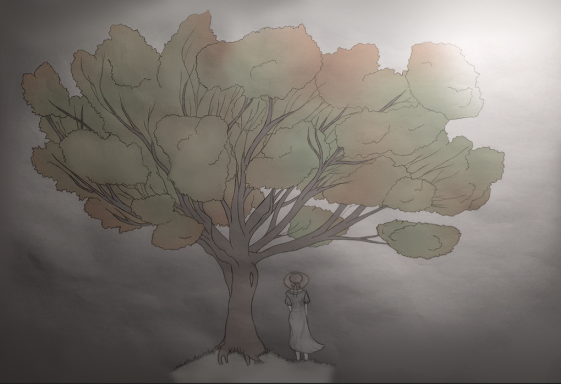 Playing Style- Passive or Aggressive
Aggressive--but I also like unofficially taking turns leading the story and certainly don't mind others taking the roleplay in a new direction to keep things unpredictable.

'Please do not feed the birds.

It encourages them to come inside.'

A breath of amusement stirs the air. The birds are all that lend life to this place now.

There is something childishly, revoltingly cute about it all. Humans, thinking they alone can lay claim to a place and banish the wild.

Ultimately though, the wild has the last say. The wild gnaws at their bones and sprouts flowers through their eye sockets when they're gone and done with this world. For every second the old clock up there ticks; their absence is marked by the slow and steady decay of all that they once cherished.

Those that remain, well, there aren't many of them.

The boy standing in a sea of dust in a desolate train station that once scarcely saw a quiet moment since it opened... could easily be mistaken for a human. That is, until one sees the grey tint to his skin, or notices that there are no prints in the dust leading up to his feet - or that his long hair only shifts occasionally to indicate breathing; which, rather than a necessary act for survival, functions simply as a conveyor of emotion.

A wing-beat catches his attention - too strong to be that of a sparrow - too measured to be that of a gull or pigeon. For a moment he remains frozen; a shadow against the wall. Beards of old web laden with the corpses of insects fall frequently from above - they've already become caught in his dark hair, and on his clothes, attempting to hide him, perhaps.

But it's not enough. He listens; and at the first inkling of a metallic sound - without turning his head to look at the angel, he bolts; up the steel gates that border off access to the platforms, through the narrow gap between the flat top of the gate and the curved stone archway it attempts to block, and down; off the platform, onto the tracks, under the train that waits and rusts and cannot move.

He doesn't have to. But the panic compels him and he fights it, shutting his eyes to keep the world from taking on the form of the nightmare he sees behind them.

Their sheath is loose. The sword must be borrowed, or stolen.

Perhaps a young angel. The elder ones tend to have standards. He listens patiently to the sound of their frustration; it sounds, like ripping steel. Because they are tearing up the walls of the carriages. Not all of them. Just enough to make him wish he could move.... enough to tear his own eardrums out. Bastard.

Eventually they grow tired of this game - not engaged enough in the pursuit to wait for him, not strong enough to compel the metalwork beneath the floors to warp and flush him out. They leave, disappointed; trailing the edge of the blade on the ground as they walk. The noise is enough to drive anyone homicidal - although the vampire under the train is perhaps not the fairest example. Silently, he counts to seven.