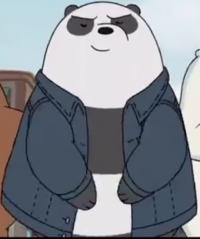 The vault was left empty as it haven't been used in years since it's creation. But, someone has plans on restoring to vault to his/her own uses...
---
Hello and welcome to my interested check! I'm searching for a couple of serious roleplay partners to do some 1x1 with. I am a busy seventeen year old, who spends most of his time on the computer and Playstation 4. I really like for you to have some of these thing remembered, if you're planning to roleplay with me.

› I have to go to school and I do have a life out of this site. That means that I will be busy, when something happens. Like going to prom or seeing family outside of my hometown. If you have an issue with that, then I am sorry and you should get some sun on your white skins.

› I'm an high-casual and an advanced writer and I don't have perfect grammar. But, please make it so I can read it. Some goes from me. Remember none is a robot and we all are human.

› I want partners to be at the age of sixteen and over, because younger partners aren't my favorite kind of partner. I want to talk to them once in the while, so please talk to me...

› I want some of my roleplays to be similar to a TV show, Game of Thrones. Where there are a ton of characters and subplots. Of course, I would like to do one character with a plot. But, I really love roleplays with a heavy lore and twisting plots.

› Please post at least two or more paragraphs. I'd love to have more, but we all have lives outside of this site.

› As for Fandom roleplays, I want to use the fandom's setting to roleplay with. Not the characters. Such you might hear about them or from them, but you or I wouldn't play them. But in cases of games with custom main characters (Mass Effect, Dragon Age, and others), then I will include my or your version of that character.

› I will add in more original ideas and fandoms, when they come into mind.
---​
Originals​
2067. The year where mankind first traveled out of their homeworld, Earth. It was when the space station, Paramount, was built and flew to the nearby planet of Mars. The first version of the space station, called Paradise, housed around ten thousand people and circled the Earth for five years until it was updated and moved to Mars. The new version, Paramount, now houses around forty thousand people from the scientist to the wealthy.

Paramount had been orbiting Mars for ten years, when something happens in the station. According to the station's cameras, one of the citizens aboard was coughing out blood and then dropped to the ground as people rushed over to the bleeding person. Then, he was carried to the station's medical bay and the rest is unknown to us. The person's name is Ethan Marshall, a thirty year old from England.

Your mission is to find out what happened to Ethan Marshall and anyone else on broad the Paramount. We don't know what happened to the people; however, based on the video, it looks bad. Expect casualties. More information about the ship and the mission can be found in the other folder.
It has been two years since The Contact happened, mankind is still trying to rebuild for the invasion. Asia was hit the hardest and caused the world economy to come crashing down after the invaders left. Europe was the second hardest continent to be hit as many cities are either damaged or destroyed as the countries try to rebuild. Africa, with the lack of help and support, collapsed into a continent of violence and chaos along with most of South and Central America. Australia and the Northern half of North America received the least amount of damage and millions of people soon rushed to these continents to start a new life there.

Canada and Australia are now the new superpowers, replacing America and China after the invasion ended. Their barred lands soon housed millions of people all over the world. However, there are thousands of crash sites full of unknown secrets and advanced technology. The governments of the world have formed a pact into researching these ships from any clues on who or what the invaders were and keep any technology found. Despite the goal, many salvagers picked many ships cleared for money.

This is where you come in. Are you simply a survivor, eking out a base living? A hopeful from one of the new governments? Or a mercenary opportunist, selling your skills to the highest bidder?
The island of Gaea wasn't always the popular tourist destination with the likes of Ibiza and Majorca. At the start, the native islanders were enjoying the silence while America owned the island in the fifties and sixties until The Bahamas became a massive tourist destination. Companies from all over America started to work to turn Gaea into a massive, popular tourist island with bars and resorts all over the coastline like Spain's Ibiza and China's Hainan. Despite the estimations of the resort island, the natives disagree with the plans and refused them to change the whole island.

However, the US government soon stepped in and forced the natives to flee inland or get out of the island. Most went inland and with the 'help' from the government, towns were rebuilt. The project to change Gaea into the resort island was done in the eighties and saw a big boom in tourism. Millions of tourists stopped by the island every year to chill or to party in the nightlife. The island was updated to compete with other resort islands as it was the third most visited resort island in 2005.

Now in the year 2021, Gaea's coastlines were being used to the max and that caused a large number of development projects to be pushed inland. But, the natives began to worry that they were going to be forced out of their homes and started to protest against the developments. They were tired of being pushed around and decided to protest at the islands' capital, Neahkahnie. Behind the scenes, the natives prepared to take back the island by force during the height of the summer break.

Avoiding the protect, many citizens (including you) decided to have fun in the capital city anyway at the pier. Not knowing the serious threat that will change their lives forever.
​
Fandoms​
Mass Effect
Dragon Age
Fallout
Star Wars
Battlefield
Halo
Red Dawn
Game of Thrones
The Last of Us
Mad Max
The Division​
I

can I do a mass effect or dragon age rp with you?

I will kill 38 people to do an RP in that world. Because as you can see, I got the hype going on.
Reactions: TheGreyWarden