Original poster
The nation of Anamin consisted of ten different kingdoms, ruled by ten different Queens and Kings, before the Great War. Beasts, elves, centaurs, fairies, and men alike roamed the lands and initially lived in harmony with one another. Prince Leif of Haym was set to wed Princess Merna of Perth; the arrangement had been set in stone since their birth, as was tradition with royalty. On their wedding day, however, tragedy struck when Prince Cayd of Baalin shot Prince Leif with an arrow while he stood at the altar. Prince Cayd had, too, loved Princess Merna, and the passion drove him mad.

At once Anamin erupted in violence and the once amicable kingdoms turned on one another. On one side there was Haym, Lindt, Otherben, Grullis, and Quidam. On the other was Baalin, Seith, Nirvene, and Faltmir. Perth was divided. Greed and pride soon got the better of the rulers, and they began to crave power.

The Great War raged on for ten years, ultimately destroying Anamin. In its aftermath stood the only five remaining royal children of five of the Kingdoms: Quidam, Haym, Baalin, Perth, and Grullis. Each were crowned King or Queen of their respective Kingdoms when they reached 16, and slowly but surely the nation of Anamin began to rebuild itself.

It's been years since the Great War ended, and although the Five Kingdoms are flourishing on their own, they wish to ensure peace in the future. None of them will be able to survive another war. The only plausible, permanent solution is one that caused the Great War in the first place: marriage.

But this time, the King of Baalin is set to wed not one but all four Queens to bind their Kingdoms together forevermore.

Kingdom of Baalin
Home of the Centaurs

The men of Baalin are known for their strength. Swordplay and archery are taught before letters, and boys are expected to enlist in the force for two years when they turn sixteen. The women of Baalin play a submissive role in society, their main purpose being that to provide children and cook meals. Adultery in marriages is common and viewed as such, and females are not allowed to fight. With this strength and sexism also comes a sense of arrogance and entitlement; it was no wonder that the Kingdom of Baalin started the Great War. Its citizens are brutal and will fight for honor where it's necessary or not, and they will never apologize for it. 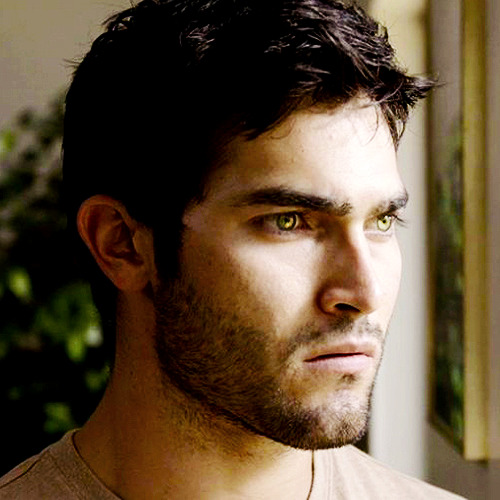 King Dastan rules over Baalin. At the age of 26, he's the oldest of the rulers and the only male. It was destiny, really, that it ended up that way; after all, there must be a man at the head of the nation to ensure its prosperity. At least that's the mindset he grew up with in Baalin, and it's one that he does not want to let go of. In his mind, he's receiving four precious, delicate gifts whom he expects to give him heirs and hand over the reigns to their Kingdoms. He's got another thing coming. [me]


Kingdom of Haym
Home of the Fairies

Haym is the most graceful of the Kingdoms. It has always flourished under generous rule and consists of kind citizens. Magic is prominent in the Kingdom and used daily by its inhabitants and royals alike. Men and women are equals to one another, but the most respected in the Kingdom are children. Children are revered for their innocent souls and simple minds, and adults have no qualms about it. Though they are warm at heart, the citizens of Haym will use their magic to protect themselves and their kin. Generally, though, pacifism and peace is all that matters to them.


Kingdom of Quidam
Home of the Elves

The men and women of Quidam are the most clever in Anamin. Knowledge and intelligence is respected above all else, and the citizens were graced with quick wit and brilliant minds. Women in particular are praised for their intelligence, though the relationship between the sexes is of mutual respect and endearment. The citizens of Quidam would rather tell the honest truth and hurt someone's feelings than sugarcoat it and lie. Though they rely on their brains first rather than their strength, they are not to be underestimated in a fight.


Kingdom of Perth
Home of the Wizards

Magic rules Perth. Whereas it is used in daily activities and to promote harmony in Haym, it is used to gain knowledge, information, and power in Perth. Citizens are often cold and distant from one another, and children are raised as adults from the moment they can speak. Most people decide to remain unwed or childless simply because they think attachment is a burden. There is no time for comfort and innocence when there are more enchantments to grasp.


Kingdom of Grullis
Home of the Beasts

The citizens of Grullis are, in short, ferocious. Though they are not barbarians or rebels, their strength equals if not outmatches that of Baalin. They are fiery and angry most of the time, and at the head of this ferocity are women. Women over men are fighters in Grullis, and in some cases, men even become submissive to them. Adultery is a crime punishable by death, and some women even choose not to marry. Man, woman, or child, one thing is certainly clear: the people of Grullis are fighters.

Queen Laura of Grullis is every bit as formidable as her people are reputed to be. She was trained in the art of combat, as is traditional for the royalty of her country, from a young age. Despite her small stature, she has a particular affinity for the greatsword and tends to keep one with her when she attends balls, official ceremonies, and the like. Her temperament is irritable and she tends toward crass in casual company. Don't let that fool you, however. She is a clever, outspoken, and driven individual, more than capable of manners and propriety. She opposes this marriage idea on a personal level, but she knows that her people cannot afford another war so soon and refusing would mean exactly that. [Spectre of the Fade]

+"Home of..." written about the Kingdoms does NOT mean its inhabitants are ALL beasts, centaurs, elves, fairies, or wizards. Most citizens in any Kingdom are HUMAN (they can still master magic, if they come from one of the magic Kingdoms), but certain creatures are more dominant in each Kingdom.
+Descriptions of the Kingdoms must stay the same.
+Please use correct grammar 99.9% of the time. Please.
+Please also write one WELL THOUGHT-OUT paragraph per post AT LEAST. Most times I write more.
+Though the plot for this RP is that four queens marry one king, other things can and will happen as well; ie a new evil surfaces, tensions arise between the species, etc. We can decide that as a group.
+If you want to be one of the creatures instead of the Queens, please wait until Queen positions are filled.
+Sex probably will happen. Don't get too graphic with it, please.

ALL QUEENS MUST BE HUMAN. I'll allow them to be half of whatever species is prominent in their Kingdom (for example, half-elf, half-fairy, etc). The Queens of Perth and Haym may master magic as well.

If you want to be one of the Queens, please post below with a real picture and a description of your character. She must be over 18. She can be for the marriage, against it, begrudgingly for...anything goes! Her personality is up to you, the Kingdom outlines are just a gist of the citizens' attitudes.

Original poster
Edit: you may also be an advisor/other human character after the queen positions are filled.

Okay, I shall express tentative interest. c: I have a character that would just be perfect for the role of the Queen of Grullis. I will warn you that this is not the sort of role play I usually do, but I'm having a hard time resisting, so.

Do you have a specific character sheet I should use? "Real picture and description" is fairly vague.
D

Original poster
I'm interested too but I don't think I want to play one of the Queens. How many other characters are you allowing? I was thinking of a young centaur who poses as an advisor to the king but actually disagrees philosophically with the Baalin way of life. What do you think @nikki.13 ?
N

Original poster
@Spectre of the Fade By description I meant like the paragraph I wrote about Dastan. :) So just write up a paragraph that includes the queen's bio and stuff and link me a picture that looks like her.

@Darkagn Not sure yet about how many more, but I do like the idea for yours!
D

nikki.13 said:
@Darkagn Not sure yet about how many more, but I do like the idea for yours!
Click to expand...

Ok great thanks. I'll start work on some details but will wait until you have found your Queens before posting.
Reactions: nikki.13

Alright. I'll see if I can work something out once I get home. c:

Queen Laura of Grullis is every bit as formidable as her people are reputed to be. She was trained in the art of combat, as is traditional for the royalty of her country, from a young age. Despite her small stature, she has a particular affinity for the greatsword and tends to keep one with her when she attends balls, official ceremonies, and the like. Her temperament is irritable and she tends toward crass in casual company. Don't let that fool you, however. She is a clever, outspoken, and driven individual, more than capable of manners and propriety. She opposes this marriage idea on a personal level, but she knows that her people cannot afford another war so soon and refusing would mean exactly that.​
Reactions: 1 person
N

Is this, by any chance open?
If so, I'd like to reserve the Queen of Haym.
Reactions: nikki.13
N

Original poster
For sure @Audacious !
D

Original poster
@nikki.13 I'm still keen on this idea of yours so this is a not-so-subtle bump to try to get some more interest with the queen characters :)
Show hidden low quality content
You must log in or register to reply here.
Share:
Reddit Pinterest Tumblr WhatsApp Email Share Link
Top Bottom