Original poster
The world was unprepared for the Final Solution. It laughed at the small country, and at its big threats. Maecha, a country half the size of France, was nestled on the top of Greenland, and was generally a quiet, shy country with a handful of residents. But those residents were part of an evil plan to conquer the world. Unbeknownst to 90% of the world, a storm was brewing like it had never seen, and it was almost unstoppable.

This RP is set in modern times, but there are a few twists (will explain more once RP starts). The only restriction to your characters is that they now live in New York City. It's your choice how they ended up living there, or what their background is (they don't have to have grown up in NYC) as long as their reason for being in the city is believable.

I'm looking for a variety of characters (please limit Mary-Sues and Gary-Stus) so try to give your characters as many flaws as strengths please. And hey, don't be afraid to go out of your comfort zone, perhaps you usually RP as a nerdy girl who's incredibly smart and has the "perfect life." Why not RP as a girl who was abandoned by her family when she was a child, struggled through middle school and eventually dropped out to make an easy living on the streets? Be bold, be out there! It'd be a nice change to see a diversity in the role-play threads (not that there isn't, but people including myself tend to stay with what they're comfortable with). This is a no-judging RP. :)

And now, for the Character Sheet:


(don't feel obligated to fill out everything, it's simply a guideline to help you create your character)​ 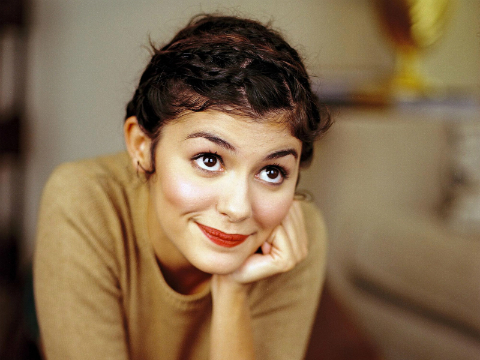 K-12, 5 1/2 yrs of college (majored in Nursing and studying to become a surgeon)

Student at Columbia, interns at local hospital: summers and weekends

Amelie was born in a lower-middle-class family of six. They lived in an apartment in NYC, with all four children sharing a room. Mr. Baudin ran a pub under the family's apartment while Mrs. Baudin worked as an elementary school teacher. Both worked full-time, so the children had to learn to fend for themselves. Amelie, the youngest, was always at the library. Her parents often fought, and for several months when Amelie was small, her mother went to live her sister in Toronto. Money was always tight, so if Amelie wanted money to do or buy anything, she would have to get it herself or wait until Christmas. The apartment was cramped and claustrophobic, so the Baudin children were always out of the house, away from the clutter and the yelling.

Amelie was a bright child, always making good grades at school. She had few friends, but those she did have were close as can be. She loved to visit the library and read constantly. Her siblings took her under their wing and helped her try new things. With four children, there were many trips to the ER, which is where Amelie found her passion for helping others. Since then, she's been intent on becoming a surgeon, or a nurse at least.

The Baudin Family was close, with many relatives living in the same area, but Amelie's parents didn't always agree, which led to fighting and on one occasion, violence. Of course, these disputes were kept hidden from the rest of the world, but caused tension in the Baudin household. Amelie was affected, but preferred to hide it deep inside and stay cheerful.

She bites her lip when she's lying.

Anger: Lashes out, then feels incredibly guilty and apologizes profusely, occasionally shuts down.
Embarrassment: Blushes and tries to change the subject.

A light scar on her right arm running from her wrist to her elbow.

Enjoys cooking and finger-painting. LOVES reading. Occasionally writes, and likes to bike through the city.

Being the youngest in her home, Amelie was always looked on to cheer everyone up. One night, her father had been drinking too much and had gotten into a fight with her mother in the kitchen. The children watched from the hallway as he pulled out a knife. He began to move toward her and Amelie, only five at the time, ran to her mother's aid. She stood between her parents and tried to stop them from fighting. Her father lunged at her with the knife and cut her right arm, resulting in the scar she has today. ​
G 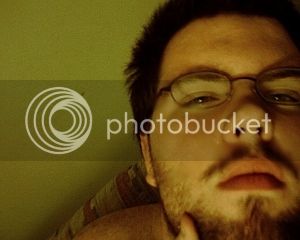 Negative Traits (weaknesses)
mentally unstable, prone to bouts of anger and depression, has low self esteem and no sense of self. easily distracted. smoker. heavily dependent on caffeine to stay calm and focused. uncomfortable around large groups of people, and will rarely meet your gaze, which makes him seem untrustworthy. Needs glasses.

Quirks/Eccentricities
Won't look you in the eyes if he can avoid it, unless he's lying. hates the smell of cigarettes, despite being a smoker.

Fears
horses, losing control of himself, growing old and feeble

Description of home, home life, social status
Jordan is the oldest of four children, and grew up at a young age because of it. His family eked out a meager existence, and he was tasked with raising his siblings while his parents both went out to work. Originating from the Appalachian area, no one pried too much into your personal life, figuring how you made your home work was your own business. Because of this, no one questioned it when he started working at 14 as well, nor did they say anything when he left two years later, figuring his parents had done it to have one less mouth to feed.

Brief character history (2 par. max)
Jordan left home young, having finally gotten in too much trouble for his family to put up with anymore. After bouncing around from one relative to another, doing what he could to survive and pay his way, he eventually wound up travelling to the west coast at the insistence of an old friend.

Since then, he's been able to make something of himself, becoming a freelance gonzo journalist and travelling across the country on various assignments. His most recent assignment actually offered some form of permanency; a one year contract with an indie magazine in New York City. The magazine offered what seemed like a dream at the time, a small, furnished apartment on top of a generous weekly salary, and he felt he had no choice but to accept.

Verbal Tags (i.e. "My, my" or talkative etc.)
quiet, prefers to text or write instead of speaking when possible.

Ways of Handling Anger/Embarrassment
Anger: tries to leave the area to avoid confrontation, will lash out violently if unable to escape. Feels guilt for days afterward for losing control.

Embarassment: Tries to play it off like he's not embarrassed in the hopes no one will notice.

Physical Illness or Affliction
poor eyesight: Needs his glasses to see, otherwise he can't make out much detail.
Several scars along his left arm, some self-inflicted, one long one that isn't.

Special Items (character's valuables)
a laptop customized to be protected from most threats, a pair of carbon steel glasses with rose tinted, crystalized aluminum lenses (a parting gift from his friend), a large cigarette case modified to hold his preferred cigars, a flask filled with Black Blood of the Earth

Jordan had always been quiet growing up, and his large size and general shyness made him a target for bullies. Being pacifistic by nature, he didn't fight back when they would beat him, instead learning to take a hit so that it wouldn't hurt him anymore. One day this changed, though, when he decided to speak up for once, using his bitter words to mock a bully in front of his friends. This angered the redneck, which led to him trying to attack Jordan with a knife. He avoided any fatal injuries, but he did get a nasty cut down his entire left forearm. The next day, having finally been pushed too far, Jordan found the bully in class, snuck up behind him, and proceeded to black out before beating the kid with a chair in a homicidal rage. This led to him getting kicked out of school, then home, and cemented both his fear of losing control and his distrust of people.
Show hidden low quality content