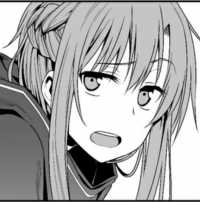 Gruff scaley hands wringed the man's arms as he was lifted off the ground. On either side he would look up, to find a reptilian man, whose visage distorted by the dim torchlight to look like vast black valleys. " no please don't do this, please do--", he said before before tossed to the hard marble floor. What met his gaze was dragonborn, who sat upon a throne made of crystal. His deep black eyes stared at the whimpering man, like an insect who crawles into his food. " what do you have to say for yourself, human"?

The man trembled and fumbled about trying to stand up. He was gaunt, with visibly ribs jutting from his tattered shirt. " excuse me your highness, but i did not mean to speak in common tongue. It was a mistake". The dragonborn king tilted his head and rested his chin on his fist. "Quite, it was a mistake. But so is defiance". A scaley hand with gaudy jewels waves him off. The man yelped once more and shouted out, " but but siretwas merely a mistake. P-p-p please forgive this humble servant". But it was too late, seconds later great stone doors would shut. The man never to be seen again.

The dragonborn looked to his disciples and his other servants. "Let that be a lesson for you all. Now someone get me my grapes".

The kings of Rhune were as ruthless as they were successful. An empire spanning a continent once controlled everything from the laws of the land, to who would eat tommorow. A kingdom ruled by a lineage of dragonborne mages for a thousand years, before a shadow ripped it asunder.

The peoples of this empire were not literate or educated, so they had no recordkeeping skills or understanding of the world. All that could be extracted from them were whispers of a dark god. A shadow that enveloped their society.

The surrounding lands believed Rhune perhaps made a deal with shadowfell or contacted an otherworldly being that waz never meant to meet mortal eyes.

Whatever the case may be, there are ruins still acting autonomously. They hold vast treasures and perhaps clues to the fall of the dragonborne empire.

Hello so I wanted to run a D&D rp. The goal would be to enter the palaces, fortresses, and deserted ghost towns of a fallen empire looking for treasure. Or lore if you give a hoot.

This will be a dungeon centric play by post.

You'll be rping put what you want to do, then I will let you know when to roll. But most of the time its obvious. Persuasion checks, athletics, arcana etc.

I tend to use a lot of digital maps from software like inkarnate, dungeon fog and maybe dungeon builder.

I'm a story driven gm or at least that's my style.