Well, well, well. Look who's back in town! 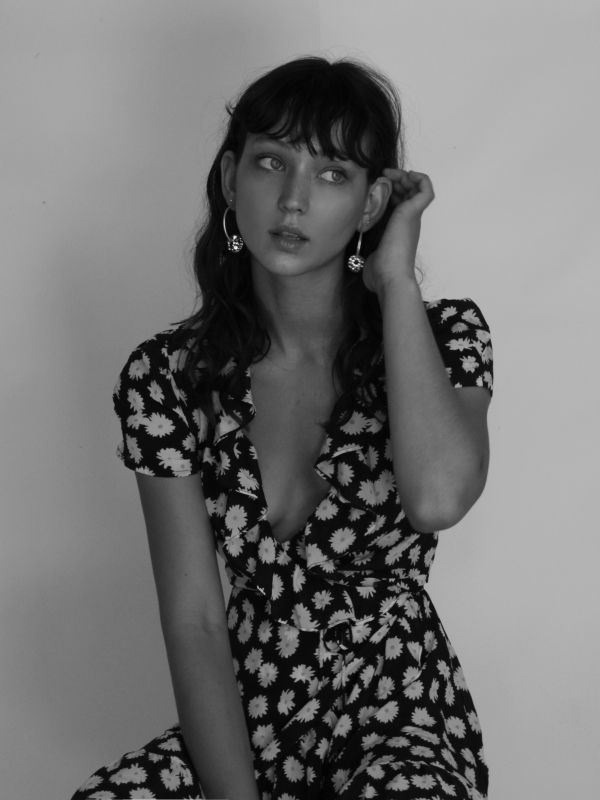 Age: 27 (though she doesn't look a day over 20, not just physically but something inside her spirit says so as well...)

Occupation: Unknown. She recently appeared in town as director of the yearly Holiday play.


It felt like a magical moment straight out of a movie; getting off of the bus amidst a gentle snowfall, watching some of the old faces she remembered from long ago staring at her wide eyed. Delighted to see her. There were also some who looked confused, though they smiled too. Questions were asked, but Valentina had few answers for them. It was nice to be back somewhere safe, and familiar but she was a woman on a mission, and right now the goal was to find her target. From the information she was given, he was still in town and he had a child. Not a lot to go on, but she was definitely willing to take up the challenge... And more than eager to see her childhood friend. He needed her somehow, or else she wouldn't have been sent to help him.

The last week of November was spent with Valentina getting used to the apartment she was assigned to live in. Of course when she came upon it, it was already furnished--the seats were all a deep luscious red, and any wood a dark sturdy brown. In the corner of the small living room sat a tree that almost brushed the top of the ceiling, with just enough space for a little brown faced angel to sit atop it. Christmas stockings were hung and the big TV was on, playing an old movie she remembered watching a lot as a child. Valentina stared at it for a moment, feeling an ache in her chest that almost made her feel breathless. She tore her gaze away from the TV and shuffled into what was to be her bedroom for the time being. Like every other part of the house it was well decorated, but it looked like it hadn't been lived in for ages.

It was on the very last day of November that she finally managed to block out some of the emptiness. On this day she also ventured from the house and made her way straight to the local community centre. A man that she had never seen before, tall and skinny with a mop of thinning red hair atop his head, immediately spotted her as she came through the door. He made a beeline for her, and she wondered if he was one of the other agents they had mentioned she might find in the town. People specifically situated in key places so that every thing comes together correctly.

"Oh, good. You're here." He grasped her arm and gently pulled her to the hallway and down the stairs to the basement where his office was. Half an hour later, she found herself tasked with the job of director. He said that he had heard her name all over town recently and that her name would draw in the crowd he wanted for the production. Valentina didn't even think to question it. This was the chance, the happenstance she was trained to see.

And then, on December 1st the posters went up. Valentina's full name in bold letters. The casting call was officially open. 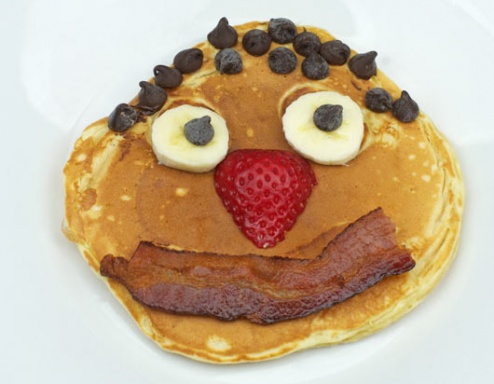 (Not tryna get us arrested lol)

Chris sat behind the counter. The store wasn’t necessarily dead, but most of these people were locals – they knew where everything else was by now. And knowing how stubborn some of them could have been? Someone would’ve had to have fallen off the roof before they’d want help. So he took some time looking through some of his pictures. He fought about whether to get rid of them or not, especially when some of them were Clara’s baby pictures. But the desire to do so came from how fake the smile really was on his ex-girlfriend’s face. How offset they were to her puffy eyes and tightness in her cheeks, well, as tight as they were before the fillers.

Chris thought about just cutting her out of all the pictures, but he’d done enough of that to one album, and eventually, he figured Clara would want to know more about her mom when she was older. So he let it be, instead hearing the bell of the door ring along the glass. “Welcome to Sto-“He said, putting his phone away and straightening up. Of course, his guard went right back down when he was expected to stop a torpedo in the form of his six year old. “Hey Princess,” He smiled, picking her up. Chris had to adjust himself at least once though – maybe it was all of the cookies she’d get at her grandma’s, but she definitely didn’t fit in the palm of his hand anymore.

Clara was a big girl, and Chris had to find a way to make more memories with her. Well, at least, another way if what he had in mind didn’t work. He let Clara talk about what happened at her grandmother’s for the day, not budging out of Chris’ arms until he had no choice but to put her on the counter. “Is it time to go dad?” She asked, legs swinging over the counter.

“Yep, and you’re sure you’d rather do this than see Santa.” Chris clarified, only to be met with complaints on how she wasn’t a baby anymore and that Santa wasn’t real. He was more than willing to let the lecture end with the games on his phone – if not, it probably would’ve lasted the entire walk to the community center. As they walked along, the gossip about Valentina Chavez – sorry, the Valentina Chavez apparently – grew. He like the rest of the town heard she was directing this play, but his excitement was far more subtle than the rest of the people in the building.

Chris couldn’t help but grin when he saw a blown up version of her headshot on the door, framed with tinsel. Did they really have to go that far? Going closer towards the action, he recognized a few more people from theater locals, but had yet to see her. He soon felt tugging on his arm, met with an impatient Clara, complaining that she couldn’t see. “Nothing to see yet princess, I promise you’ll be the first to see it when it does.” He reassured, keeping her hand in his.

Watching people audition for the play was exciting at first. But after about twenty people came on stage to stumble through their lines, things started to drag. It was understandable. There was only four roles in the play, and Valentina had been listening to people read the same couple of lines over and over since ten in the morning. Beside her sat the man who had appointed her as director, Mr. Olson. He sat up at attention, not a single sign of fatigue on his face. Valentina figured it was because he was used to sitting through casting calls. Just a guess.

There were just so many people crowded around the door that led into the theater. Not everyone was there to audition, thankfully, but it was crazy how most of the town showed out. Valentina tried to rack her brain for any memory of things being hectic like now.

Just suck it up, this is all gonna pay off. Valentina's pouted. Hopefully...

Valentina noticed that there was an odd moment of silence. She blinked, and saw Mr. Olson, along with a middle aged man on stage and some of the people at the side looking at her. She sat up and smiled sheepishly. "I'm sorry. Can you read that again for me? I'm a little tired..."

Like a rocket, Mr. Olson shot up onto his feet. 'Valentina, why did you not TELL me?" He clapped his hands to get the attention of the chattering crowds.

"Alright everyone. From now will we be taking auditions for the role of the father. Next, if you are a teen or a child, you may come up and read your line. Lastly, we will have the young women read their lines. And if you're not here to audition, either take a seat in the audience or kindly wait in the lobby. Let's get more orderly in here, thank you."

Valentina smiled, grateful. People started to either clear out, or take a seat, and men of various ages started to get into a line.

Though he had promised for not that short of a wait, even Chris was starting to get impatient. The little lady sitting and drinking the rest of his second coffee was even less patient. Wait. He was drinking her coffee! “Woah Clarabear, that’s enough of that for you.” He warned as he took the cup out of the girl’s hands. “How did you even get that anyway?” He asked, seeing how much of it was left. He wasn’t normally that big of a stickler for how much caffeine she had but it was getting closer to dinner, and the last thing she needed was more pulsing through her veins and more excuses to not follow her bedtime.

Clara even with the coffee was getting tired. Chris knew that face; she was getting bored. He frowned, looking around. He’d promised her something great, and even if it wasn’t necessarily his fault it wasn’t happening, he felt bad. Maybe it was the humdrum of Valentina’s name but the crowd was far less compact last year, and far more patient. Then again, maybe it was better last year because the three of them actually ate before coming here and saving room for dessert after. Chris thought back to last year, letting Clara use his phone for age appropriate baking shows on Netflix.

Instead of the phone, it was him and Chelsea playing games with Clara, waiting around for the play. Chris could remember what Clara told her mom what she wanted for Christmas next year, and the red in her face when she had to explain that that wasn’t something Santa could make in a day. Chris knew it wasn’t right to say that it was what he wanted for Christmas too, but it seemed disproportionate compared to just how red she got. He should’ve seen it then too – just how much was out of embarrassment, and how much was purely out of distaste.

Chris tried to let it go. Luckily, he didn’t have to work too hard at it. “Mr. Olson’s finally out Clara,” He said, picking her up to have her get a better look. Chris tried to keep high spirits up – it was a good thing that they would make dads audition first. At least then it wouldn’t feel like he was forcing Clara to audition. And if he could make it fun, she’d actually try it out. “You’re alright watching me read princess?” he asked, the nod of approval from the girl sealing the deal. He looked over his lines in line, having Clara play out the role of the love interest, or the child while they waited.

Eventually it was his turn, as he let Clara down. He made sure she was sitting in a well-lit area of the theater before he was called on stage. He put the script in his back pocket, standing in the center of the stage. “Chris Grant, and I’ll be reading lines for the dad”, he said almost in the tone of a question.