The Edge of Extinction

Human Opening​
You find your self in a dark room with no light to speak of in sight. The air is warm and dry, something is without a doubt a miss. You listen quietly for any signs of life, but all is silent for now. Nothing seems to be alive, but you do how ever start to smell the stench of death. All of the sudden a large monitor turns its self on providing enough light to see your surroundings. Apparently that bad smell was coming from decomposing human bodies, some of which were fresher than others. The silence was then Broken by a video recording from the monitor. On it you see a male scientist with some serious injuries. You decide to take a seat as he began to speak.

"G-greetings fellow survivor. If you are watching this the. You must be one of the lucky ones who survived the Invasion of the specimens." *Coughs up blood* "My Name is Richard Dynal, And I'm from the Weapons Lab known as BioCorp." He paused for a moment to gather his thoughts, barely conscious. "I ask for your forgiveness... We only wanted to build a weapon that would bring an end to all war... But they have grown to powerful, and beyond our control." The man was in serious pain and looked as if he was going to pass out. But from the looks of things he was anything but crazy. There is then a soft reptilian roar that came from the recording. "Raptoids, and it sounds like they found me. These are the specimens I was talking about, the human race has tried their hand at fighting them when they went rouge. Needless to say, we failed and now they are trying to finish us off for good. And the way things are going they just might succeed." Another roar came from the recording, was clearly from the same animal only it was much louder. "They are close, I don't have much time any more. Before they kill me I will pass on this information to you... We bred many of them, each with their own purposes and skills. I have detailed files on each, but they are no longer with me. How ever their anatomy is shared by all species... First off is that they are much bigger than humans and are greater in power, so fighting them hand to hand is not the best idea. Second is that they have heightened senses, in fact their eyes are very sensitive to light. So if you wish to escape from them, blinding them is your best option. Finally they are incredibly intelligent, 70% of them even more so than humans. So if you think you have a plan to out smart them, forget it... Odds are they already know all of your contingencies... This is my last message to the human race. Please, just stay underground and prey they kill each other off." He was interrupted by a Raptoid that busted into the room and killed him while destroying the camera in the progress. The recording then ends and the monitor dies.

You see bright light all around you, making it impossible to see anything at all. You do how ever here muffled voices that are coming more and more into focus as you seem to be regaining consciousness. "Sir, We got a live one here! Looks like the humans didn't kill all of them after all!" Said a cocky sounding voice, it was clear that who,ever this was wasn't alone. "Damn It, I lost a bet. You just had to say that didn't you Death Spike?" Said another voice, this one sounded very unenthusiastic, and incredibly annoyed. "I'm just doing what are fearless leader ordered us to Frost Freid" "That's not what your doing and you know it!" It was then where your vision was returned to you and you could see clearly. Two two Raptoids were before you arguing. A slender, spiky, green one... And a bulky blue one. "Oh do tell, what is it that I'm doing oh high and mighty one?" "You want to fight you reptilian porcupine?" They were then interrupted by a third Raptoid, a red and orange one who seemed to be in charge. "Quiet, both of you. That is no way to behave in front of your new friend... I'll have a word with him now.,go see if there any.... Surviving humans left here and I'll catch this guy up speed." The other two Raptoids then nodded and left the room. While other Raptoids in the room continued to look around, some of which were coming out of cryostasis tubes like you, you then draw your attention to the One in charge. "Greetings friend, glad to see there were more of you then we thought. My name Is Sun Flare, and I'm the one who is leading our fight for freedom. It's a long story buuuuut I'll try my best to explain what when ton during your... Erm, nap. You see these creatures who call them selves humans created us to be weapons to fight in their wars so that they would no longer have to, needless to say our kind excelled at the task. But I wanted a bit... More, even though we were sentient like they were we were not treated as such. All I Asked of them was equality, but they didn't see things by way. We had no choice but to protest, and that is where it all went south. I walkways knew the humans would eventual take to leathal force, but never did Imthink we would end up starting a war our selves." He paused for a moment to gather his thoughts. He clearly didn't like thinking about the past, but he then looked back to you and spoke once more. "Well we have been fighting the humans for Five years, and from the looks of things I'd say we have won. can't seem to find any more humans so we have regarded them as extinct, but I can't help but feel that they are still ticking. At any rate, now that we don't have to worry about them we are just waking up the rest of our kind before we do one last sweep of the world. One last push to wipe them out for good." He then paused again and faced the other way, once again gathering his thoughts. Something was clearly bothering him, but he would not say what. "It's a shame really, I could have love for their to be peace between our species... But they didn't leave us any other choice.... Well enough about that, as of tonight your life of freedom starts now. Maybe one day I'll see you by my side on the battlefield."​
------------------------------------------------------------------------------------------------------------------

As you can see this is a bit of a post apocalyptic RP, only instead of zombies killing off most of the human race it's instead a type of monster of my creation. in this world only 100,000 humans exist in this world and live in a large underground city. And since there are over Seven billion people on earth, well let's just say now you know how dangerous these Raptoids are. In this game you can take control of one of the 100,000 humans left on earth struggling to either push back the Raptoids, survive, or some other goal you might have... Or... You can play as A Raptoid, the new dominant species of earth and aid them in their campaign to finish off the humans.

Intrested in joining? Say so and choose a side (yes you can play as both if you want) and gear up for war. Have questions? Ask them, and I'll give you answers.
Last edited: Oct 11, 2015
M

Great, nice to have some one on board already. 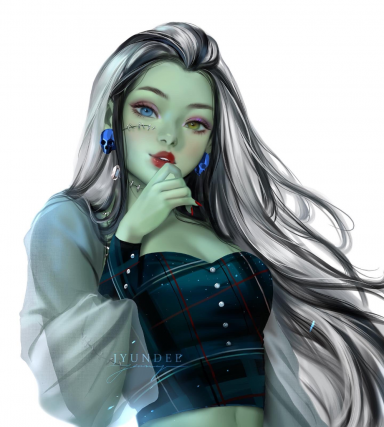 Excellent, If I can find just a few more people I will get to work on the Sign up page