The Mumbling Cremator said:
Dear Revi,
I seem to have accidentally gotten my arm stuck in a brick wall. Getting it out isn't a problem - I can just smash the thing, no questions asked. However, people will begin to get a little suspicious, and I don't fancy paying a fine for vandalism. How do I get it out without alerting anyone, and how do I get away without anyone noticing my arms are unscathed?
Click to expand...

Think creatively. If you do it while no one is watching, not only can you get out and have the pleasure of happy destruction, but you can also blame any "injuries" on the shoddy construction. (The editors would like to note that they do not support this course, or any other course suggested by the columnist, of action.)

People are so illogically angry at me when I've given them what they asked for?

They want excitement, and I give them front seats for their own impending demise.

They want to be heroes, so I give them suffering, torment and hordes of baddies to deal with.

Yet people can't seem to appreciate what I do for them.

Should I stop trying to help them?
Click to expand...

That is exactly what you should do. Give them a month of peace. And make sure NO ONE bothers them. At the end of the month, these heroes will be begging for some excitement and realize how much they need you, that you complete them in some inexplicable way. THEN you strike, and strike hard!

I have some weird creature scratching in my room. I have no clue what it is and it won't go away! I've tried pizza, candy, human flesh, the whole shebang. So how do I make an eldritch abomination leave?

Thanks,
Totally not a sadistic physicist.
R

I have some weird creature scratching in my room. I have no clue what it is and it won't go away! I've tried pizza, candy, human flesh, the whole shebang. So how do I make an eldritch abomination leave?

Thanks,
Totally not a sadistic physicist.
Click to expand...

According to my local experts, you require an Elder Sign (make sure you have the right one), some salt, candles, and a loaded shotgun. I'm not exactly sure what you are supposed to do with all these things, so here is my best guess:

1) Salt yourself lightly.
2) Put the Elder Sign on your bedroom door with "do not disturb, cultist at work" scrawled hastily upon it.
3) Lie flat on your back and cover yourself in lit candles.
4) Wait.
5) Remember, if the pain gets too bad, that's what the shotgun is for.

I hope this was helpful!

I'm a traveller, on the run from at least sixty percent of the universe. Normally, this wouldn't be a problem. I'd stop off somewhere for a while, have some fun, and pop off on my way. Thing is, I picked up a stray human while I stopped off on Earth (I love that planet, the only one with edible ball bearings), and now I'm going to have to try and get her onto a huge, tourist-attracting planet, without being found out before it's too late. See, she saw - heard, rather - something she wasn't meant to, and now the authorities are trying to wipe her mind. I whisked her away to see the stars, and everything in between. My question is, I drive a very distinctive ship, so even if I do manage to fool people into thinking I'm someone else (psychic paper, always handy), there'll be a stolen military transporter at least a century or two old in the parking galaxy just across from the asteroid belt, Oprigition. How do I keep us both from being found out, while also letting her have some fun skiing down the erupting volcanoes that people seem to like so much?

Waiting eagerly,
Andrew Baker.
(Please note that that is my human name. My real name is horribly long and complicated to humans, and that's just the sounds you're able to comprehend.)
I

So, there's this thing on my mind that I can't seem to get out. I mean, seriously, no matter how hard I try, it won't leave. It's poisoning my brain, seeping into my core, and secreting it's venom into my very soul. No matter how hard I jerk in pained spasms or repeat the same agonizing chant of 'Someone kill me', this torture forever lingers. Inside me, around me, next to me, under me. Everywhere, Revi. It's going to kill me one day, maybe in the near future. The poison is seeping in and I...can't seem to...fight it.

She's...okay, I guess, once you get passed the devilish smile on her lips. Beautiful thing, really. Red hair. Tattoos lining her body. Eye's like a panther. She's a precious jewel. Not diamond, though. The last thing this woman is, is a beautiful diamond. Gorgeous, yeah, but, you don't know her know her.

She wants to kill me, sleep with me, wake me up to threaten me, remind me of the lives of innocents that are on my hands...just to seduce me again. I don't know what she wants from me, though. I swear, Revi, I thought she was insane. Hell, I called her insane one time. You know what she did? Complained about the door being unlocked. I kept it unlocked for a reason, but no, there's no telling her that. She'll just get sarcastic and snappy and, do what?, remind me about the blood of innocent people that may or may not be spilling, knowing good and damned well that I'm supposed to be trying to save them.

Do you think she's doing this on purpose? I mean...what kind of person plays around with people's lives like that? She wants to help them as bad as I do, but she also wants...something out of me. I don't know what it is. Whatever it is, it's keeping her staying in my home, and though we've never 'done it', we've gotten close.

Mind you, she punched me in the nuts just a few minutes ago. And then kissed me afterwards. Well, I kissed her first. But she kissed back. Who does that? Who hurts someone and then kisses them?

So, Revi, you think she's trying to tell me something? Or is she just giving me the 'loljkihateyou' thing? Women could be so confusing sometimes. Confused women with guns?

Jove in a Jumble.
Q

I write this with solemn desperation. There is a poison coursing through my body that will kill me in a couple days through internal brain haemorrhaging unless I help the friends of the poisoner escape from prison! He's promised me that they have the cure but how do I know if I can trust him? What if I save them and they don't have the cure? What if they do and they won't give it to me? What if I get killed trying and there never really was a poison in me in the first place? He said he'd put it in my food when I wasn't looking, but maybe he's lying. Please advise!

~ Trapped In An Asmodeus-Made Roleplay 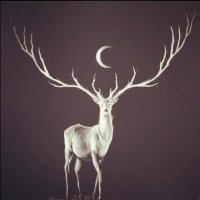 Genres
I'm most experienced with epic fantasy with modern fantasy coming in at a close second, and after years of watching from the sidelines I am getting into scifi. Most recently I have also taken an interest in super hero rp.

I write to you with increasing inner turmoil as fresh emotions mingle with those of the past. You see, years ago, at the end of a great war, I saw my friend get cut down by a man we intended to ally with. It has taken me years to deal with the anguish this has caused, as my friend was like a brother to me. Now, nearly forty years later, after all I have done to cope, I am reminded of this tragedy as if it had only happened yesterday.

My gods instructed me to locate a young woman and teach her the ways of an old magic discipline, one that is nearly dead. Originally, I responded with enthusiasm, readily serving my deities. Unfortunately though, I did not expect the woman's uncle and guardian to be the very man that cut down my friend so many years ago. I must serve my gods, and find myself feeling very protective of this young woman, but can barely stand to be in the presence of her uncle.

What should I do about this? How can I deal with this man without hurting my student in the process?

Left his fiddle at the Crossroads...

Genres
I'm pretty open ended, I usually try to stay out of fandoms though. Genres that make you think are a definite plus.

I have to write this quickly as I haven't much time. As I am writing this, I am plummeting to the earth along side a very large and confused looking sea creature. I feel kind of bad for the poor thing as this is not the first time this has happened.

I really do hope he drifts to the right though.

Regardless, I probably have less than a minute or so before my unpleasant demise. What should I do with my remaining time?

A bowl of petunias
E

Original poster
Dear Revi,
Two parter here. One, how does a college student tell a girl he likes that he can't drive?
Two, can girls spot a mama's boy from 6 Feet away, and how!? 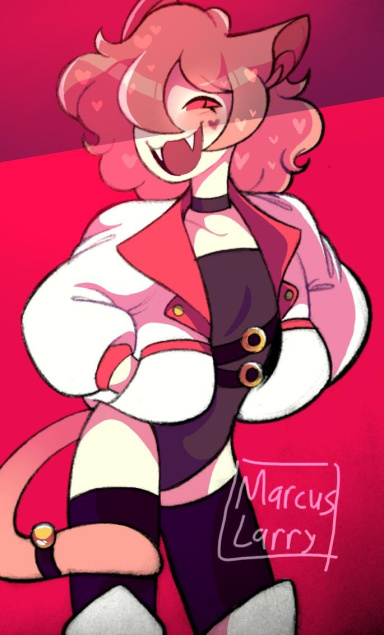 I am bloody well on the end of my chain. There's undead knocking down doors, and I had to crash through a window in an attempt to save the poor bloody civs in some damn church. Now the nuns and the pastor are mad at me, and they've gone some other way, leaving my way out totally unused. I'm trying to help them the best I can, and they keep pushing me out. It might be the mohawk. Damn church-types. I have a feeling they're going to die without my help, but my patience is running thin. I'm thinking of just bailing.

Original poster
Dear Revi,
Oh my, oh dear, oh dear, oh dear! I seem to have fallen down a rather large hole. I think it belonged to a rabbit in a petticoat, but I'm really not quite sure. I have a big problem here, and I'm not sure how to fix it. Well, you see I was just walking along and then all the sudden I saw a rabbit in a petticoat! Not a waistcoat, but a petticoat! So, I had to follow it! Well, I did and then look where I ended up! Down a rather large rabbit hole. Heaven knows where I'm going. Well, my problem is that I cannot seem to see the bottom of this hole, and I am rather quite bored, can you suggest something for me to read while I'm waiting to land on the bottom? Thanks!
Sincerely,
The girl falling down the rabbit hole.
Show hidden low quality content
You must log in or register to reply here.
Share:
Reddit Pinterest Tumblr WhatsApp Email Share Link
Top Bottom