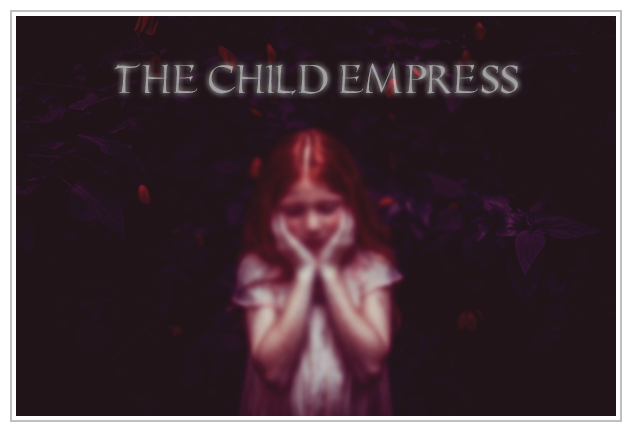 THE CHILD EMPRESS
Sep 8, 2022 at 2:00 PM ​
In the beautiful country of Vundergren they host a parade once a year to celebrate the many years of peace between the participating countries of the United Peace Treaty! However, this year's masquerade turned into a bloodbath as a band of raiders disguised as Jesters tried to assassinate Child Empress Cherivundaluna Unalin Amalthea, the third of her name, Lady of the Wintergreen Forest, Scourge of the Mountain Goblins... Well, her title is a long mouthful, but she is the only living heir to quite a valuable kingdom and now she has been kidnapped by a group of Death Cultists.

A reward has been announced across all Kingdoms for the safe return of the Child Empress and more than one band of heroes are now on the hunt.

Our party caught up with the cultists in The White Forest but instead of a child they've found a grown woman in red. ...is this the child empress? What has happened to her?

We begin at an Inn where the party and their new ward have been resting.

WHAT: This is a SEQUEL! You do NOT need to be someone from the past charps to join! Returning characters now have the child(??). New characters should be solo (or part of a group) that have caught up, OR are simply someone the search party stumbles into during their hunt.

WHERE: Join us in the THE CHILD EMPRESS chat room. You'll find the link to our chats in the CHAT tab when it's time to play.

The Child Empress herself

Mei-ling is lovely and delicate. Her beauty is unusual and exotic in Vundergren. She has long black hair, dark brown eyes, and a porcelain complexion. She wears her hair in elaborate styles, and wears shimmering embroidered silk gowns. When acting in her official capacity, she wears a jade pendant intricately carved to bear the Airship-and-Sun of the Jade Temple, a temple arcology to the south of Vundergren.
Magic: Life (healing and phantasm conjuration/illusion)

Curious and adventurous, with a childlike sense of wonder. She is a bit too innocent--perhaps even naive--for the situation she has been thrust into. As a practitioner of the healing arts, Mei-ling is ethically forbidden to kill or maim. She can use her magic and martial-arts skills to stun, paralyze, knock unconscious, hypnotize, or generate convincing illusions (including the illusion of pain and injury) in self-defense. Despite her bright, upbeat attitude, she is beginning to feel hopelessly out of her depth as Vundergren's troubles worsen.

Mei-ling is the Jade Temple's ambassador to the royal court of Vundergren. The Jade Temple has had a close, friendly relationship with Vundergren and the signatory nations of the United Peace Treaty for generations. Because of this, Vundergren became an "easy" assignment for new members of the Temple's diplomatic corps. Mei-ling was sent to Vundergren to develop experience as a diplomat and take advantage of Vundergren's great royal library. On her way to Vundergren for the great Royal Parade, her ship was delayed, and she arrived late. This would have been a terrible faux pas, save for the fact that the city was in chaos, and she found herself among a small party of heroes fighting to protect the Child Empress from assassins.

The Jade Temple is a great temple complex located on an island in the Maethys Sea (an ocean to the south), just offshore. A monumental causeway connects the island to the mainland. Every citizen of the Temple is also a priest or priestess, trained in one of the many "Paths" available (Healer, Defender, Scholar, Wind Dancer/Pilot, Biomancer, etc.).

Little is known (to outsiders) about the spirituality of the Jade Temple. Though it does send young priests and priestesses out on "quests" to develop their magical talents and grow spiritually while helping others, establishes hospitals, orphanages, and shelters for the poor and dispossessed, the Temple does not actively try to convert others to its world-view. Instead, one must pass through a difficult period of training as an Initiate before one can become an Adept, a full member of the Temple able to participate in its governance.
Show hidden low quality content
You must log in or register to reply here.
Share:
Reddit Pinterest Tumblr WhatsApp Email Share Link
Top Bottom