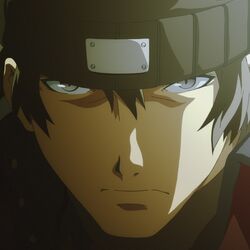 Premise
​
“Can you hear them? Calling out to you? Their voices... they’re begging...​
​
WAKE UP!​
This is the story of the first widespread multiversal event. It’s a tale of death, betrayal, and despair. For this is the beginning of a long line of events which shake the multiverse forever.

The Butterfly Effect
​
OOC Information​
Hello, and welcome to the first in a hopefully long series of ever-expanding multiverse roleplays. This first roleplay will be known as The Butterfly Effect, while the overall name for the series will be kept under wraps until the end of the roleplay, as it contains minor spoilers for the plot of this specific roleplay! I know, mysterious!

With that said, you may play whoever you want in this roleplay! That’s right! Whether they be from television, movies, books, anime, manga, comics, videogames, or even an original character! There are no restrictions as long as it doesn’t go against the site’s rules!
​
Rules​
Character Sheet​
Appearance: What does you’re character look like? A picture ordescription is fine here.

Name: What is your character’s name? Nicknames may apply as well.

Age: How old is your character? If it’s unknown, just put “unknown.”

Canon: What series does you character hail from? If they’re an original character, just put OC.

Bio: A short biography of your character. A wiki link is acceptable here.

Powers/Abilities: What powers or abilities does your character have? Awiki link is also acceptable here.

Weapons/Equipment: What weapons and/or equipment does your character have? A wiki link isacceptable here as well.

Other Info: Any other information you feel that I, the gm, should be made aware of.​ 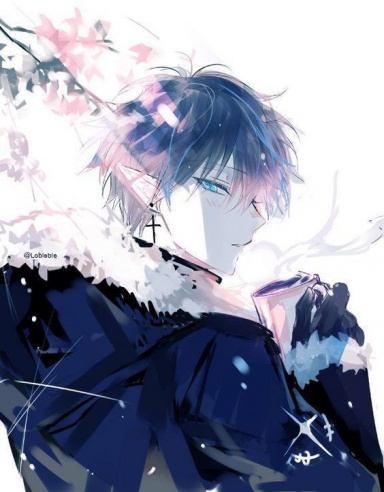 I don't know if it's too late or not (sense I am new to this site). but I have a character here
appearance: an 8 feet tall humanoid creature with a black featureless body. Its face is that of almost a cow skull. The creature surrounds itself with a ragged dark cloak, almost tentacle like in appearance. The Thin lanky creature hides two of its four long arms under its cloak (kinda like the image that I put in but not, I'm not sure I did it right)
name: Dusk
Canon: OC
Bio: Dusk has lived underground for most of his, or its, life. He was birthed from a rock being cracked open by a miner. The miner hid baby Dusk from the other workers. The miner spent years underground with dusk until he was too big to hide anymore. One supposed night a man with magic powers came into the mine, looking for a creature of immense darkness. The magic man was unhappy to find this creature and made the mine go into madness through mind control. Miners murdered each other left and right spilling brains and gore every which way. Dusk had also been mind controlled. Being a creature of immense destruction, Dusk crushed each miner underfoot. After being ripped from his mind control by the miner who raised Dusk. The shadowy creature realized its mistake. Cradling the now small miner in his arms for several minutes humming in its slow beastly voice. All the miners died in the small cave. Every single one. Dusk left the cave, never to return again.
Powers/abilities: extreme speed and strength (crushing and snapping cars in half kind of strong)
weaknesses: Murderous impulses and mind control, also can't speak words only animal-like noises
Weapons/equipment: A massive sword the size of dusk, made of bone. Glasses from his adoptive miner father.

I am going to guess after waiting a day that now is not the best time, sorry if i bothered you
Show hidden low quality content
You must log in or register to reply here.
Share:
Reddit Pinterest Tumblr WhatsApp Email Link
Top Bottom