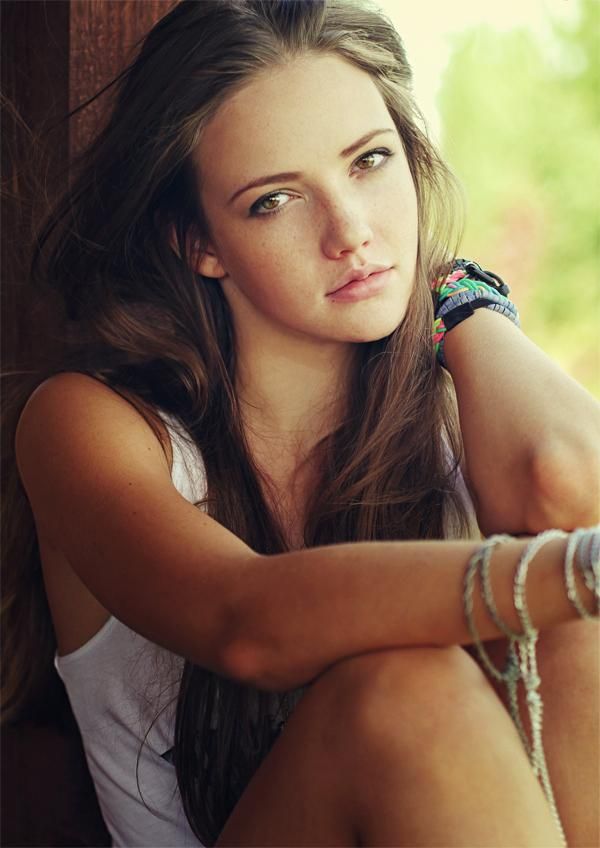 Today, today is the very first day of the rest of our liiives...and I surmiiise that it's gonna be perfect...

A tall girl with long legs and a pretty figure swayed her hips and danced across the living room floor to a song playing from the radio on her smartphone. The radio host had played this song more times than was acceptable today, but she didn't care because it felt just right. The beat mimicked how she felt exactly: calm and light as air. She paid no attention to the city noises outside or the skinny, orange tabby that nearly ran into her feet. In her mind, it was just her and the female singer that sung of a lost love and a second chance. The only thing that broke her from her reverie was when she bumped into her mother who happened to be carrying two heavy boxes into the room. The collision startled them both immensely. "Sh*t!" she yelled. Fortunately, she was able to catch the first box before it came crashing down out of her mother's arms. The older woman huffed. "Colette Miller, did I just hear profanity slide out of those lips?" The young girl tried to hide her smile and apologized. She really wasn't a swearer. Unless she was upset. Or startled. "I better not hear that again or I'll be hanging you by your toes," Ellen Scott replied with a serious look, "I've decided not to keep these old books here. I don't know why I lugged these all the way with us..." She set the box down on the floor near the front door and her daughter followed suit.

"Mom, you know why you brought them. Those were Daddy's old books. If you keep throwing out his stuff then I won't have anything to remember him by..."

Ellen looked at her daughter with contempt. It was not really directed at her though. "Cricket, I don't know why you would want to remember him at all," she replied stonily.

The older woman walked into the kitchen and out of sight. Cricket walked over to her phone, turned off the music, and stared at the glass screen for a few seconds. "Because he's Daddy," the 17-year-old muttered under her breath. Cricket silently scolded herself for mentioning Andrew Miller. She knew it really pained her mother to even hear her say "Daddy" for a million different reasons. One of them being because Ellen knew she wasn't speaking of her new beau, Leonard Jackson. Cricket didn't hate Leonard. She actually really liked him. It was just hard calling someone else "Daddy" when she had called her real father that all her life. The teenager sighed and went into the kitchen to apologize a second time. It was a warm night and the running stove made the kitchen feel even warmer. The tabby sat in the corner nibbling on his cat food. Ellen had her back to the entranceway and hadn't noticed her daughter walk in. "I'm sooorry, Mooom. I killed your mood. I promise I won't mention it again. I swear," she said while walking into her line of sight. The older woman chewed the rest of her Triscuits and rolled her eyes, "No need to swear on it. I know you love that son of a harlot." They both stood there quietly for a few minutes before the mother spoke again.

Cricket threw her head back and groaned. The only thing worse than the first day of school was the first day of school in a new state. She had been dreading Monday since she had arrived in Huntington, Massachusetts. Nothing was the same as it was in Mississippi and she didn't expect the school or the kids to be any different. "I don't want to think about it..."

"It's your senior year, girl! It's gonna rock. Really."

Now the teenager rolled her eyes. "Yeah, it's gonna "rock" alright...all the students are gonna throw rocks at the new, Southern girl."

"It's just a little dark humor for my frayed nerves." They both became quiet again. Cricket twisted her ponytail around, and Ellen checked the clock.

"It's 10:00. Better head on to bed so you won't be late tomorrow," she reminded her. Without saying anything, the 17-year-old trudged back into the living room and up the stairs to her room. She decided to be optimistic from here on out. Things couldn't possibly turn out that bad. And if it did, she would only have to endure it for a year.

James Parker. The schools--the towns bad boy. All the girls wanted him, all the guys wanted to be him, and those who didn't feared him. There was a good reason too. He wasn't the nice guy, he wasn't the guy who secretly stood up for the nerds. No. He was the guy who played every girl he could and would throw and insult every chance he got.

As James walked up the stairs to his room, he cracked the window open and lit a cigarette, standing near the window so him mother wouldn't yell at him. As he turned the music on hsi phone up, he plugged it into the speaker and let it blare as he listened to the words.

By the time he was done with his cigarette he opened his door to see his mother standing with firm lips and her hands on her waist in an angry stance. He groaned and turned the music down a few notches, making an incredible difference. "Go tell your brothers and sisters goodnight,"his mother, Janette Brown said urging him towards their room.

After James said goodnight to his two brothers, Conner and Matthew, and his sister, Bailey, he turned their light off and went back to his room, shutting and locking his door. Tomorrow he was back to school. He groaned in frustration before he noticed the light in the house next to him was on. Out of curiosity, he threw a rock at the window, wondering who had moved in.
S

Original poster
Monday had come and Cricket was nervous as she didn't know what. To make matters worse, she did wake up a little too late and now she was scrambling to get ready (she had spent an extra hour and a half staring at the ceiling the previous night). The young girl stepped in front of her full-length mirror one last time and examined her outfit. White lace dress, strappy sandals, and a few of her favorite hemp bracelets. She was also letting her long, ash brown hair hang down like she usually did. "CRICKET! GET DOWN HERE! YOU'RE GONNA BE LATE!" her mother yelled from downstairs. Cricket didn't waste any more time. She grabbed her backpack and schedule and headed downstairs.

Before she knew it, they had pulled up into the circle of a large school known to everyone in Huntington as William H. Chaplain High. According to her mother's research, this was the 2nd best public school in the state of Massachusetts so Cricket could count on a decent education. Ellen clicked her tongue. "Over 3,000 students...I'm sure you'll be fine," she said with a smile. Cricket made one final groan, hugged her mother goodbye, and hurried out of the car. She had exactly 10 minutes to find her first class before the bell rang. The young girl sprinted across the long, freshly cut lawn and inside the building.

Of course, finding the English IV class wasn't easy. There were so many hallways and stairways...She did have a map the secretary in the main office drew her, but more than once she thought for sure the secretary was a nutcase and had drawn her a map to a completely different building. Come to find out, she had went up the wrong stairwell, and after hoping the students in the other classrooms hadn't thought she was a nutcase herself for running up and down the hallways in a frenzy, she slowed to a halt in front of the English IV classroom. Without a second thought, Cricket opened the door and walked inside. The bell rang at just that moment, and more than 30 pairs of eyes were glued right on her.

As James walked into the English IV class that he had been attending for the past couple weeks in summer school and now for the actual school year, he felt his tall, muscular body bump into a smaller body. He looked down at a small, beautiful girl and smirked slight as he saw the eyes on them."Ohh I see. You're the new girl right? You're cute,"he said,"smirking.

"Alright Mr. Parker. You're late. Take a seat and leave the poor girl alone. As for you... what is your name?"Mrs. Shannon asked, raising an eyebrow as she took the girls schedule. As James took a seat near the front corner, he tossed the new girl a wink and chuckled as the teacher talked with her.

After class was over and the first few classes passed quickly, James sat down at a lunch table with his friends and looked around at the new students. "Well we have a few new girls to hit up. Which one do you want?"Matthew asked James. The two best friends chuckled and looked around to examine their new bait.

"That new girl is cute I suppose. What about her?"Matthew asked James, pointing out the girl from his English class.."No you'd never be able to get her. She's too.. good. She wouldn't do anything but smile,"he said shrugging."Well then why don't you try Mr. Big Shot,"Matthew said bumping his shoulders."Maybe I will,"James said shrugging.
Last edited: Jun 29, 2015
Show hidden low quality content