The asylum (Dark theme, any gender) 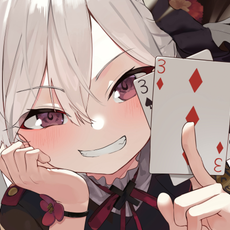 Genres
Fantasy, Adventure, Traveling, you get the idea.

This is a revival of an old idea of mine, which, oddly enough, I still find myself craving. Before I go over the basic idea of the plot, I should go over a few things.

- Please be able to post at least once a day. I think everyone can find time in the 24 hours of a day's span to sit down and take 10-15~ minutes to write a post. It helps to keep me (and hopefully you) engaged, as too long of a break in between posts tends to make the RP drift away from my thoughts.

- Have good grammar. I'm not asking for perfection, but I think everyone is able of making an effort, yes?

- Be able to post a decent amount of content. No one liners, a paragraph is good, several is great. I'll most likely match my partner's length, if you throw a novel my way, expect to get a novel back.

- I use anime pictures for characters, and I expect you to do the same. This is non negotiable, sorry~

- Contact me by PM, don't bother posting in this thread. Likewise, I expect to RP by PM, not a huge fan of threads. It's a personal thing.

- This is not required, but I appreciate partners who can double up (play several characters) and play multiple genders. FxM is probably my least favorite pairing, but I'm not entirely opposed to doing it, and will be MUCH more open to doing it if other pairings in the RP are included as well. (Like MxM or FxF)

- I play characters of any genders, and would prefer someone who's sexuality is comfortable with that. This is the libertine section, so needless to say, there will be sexual content.

The idea:
​
Your character is a patient in a mental asylum. You suffer from hallucinations, both seeing and hearing things. The more time passes, the stronger those visions become, and before long, you start to wonder what's real and what isn't... But is it really all in your head?

This plot would involve heavy horror elements. You'll be phasing back and forth between 'reality' and the 'world in your head' as the RP progresses. In the real world, you'll interact mainly with your doctor. In the 'other' world, anything goes... From things that want to kill you, others that want to manipulate you, or play with you... To even running into other patients.

---
​
I understand that this is a very 'basic' description, but I'm more than open to discussing things OOC and bouncing ideas back and forth, so hit me up!​
Last edited: Oct 22, 2015
Show hidden low quality content