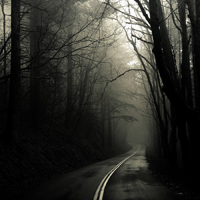 I wanted to post here as I had so many DreamSelfies, but I wanted... more definition to them. In fact, I have a few drawings. Apparently, I'm such a failure at male drawings. As such, I thought about having someone else do it for me without having to pay too much out of pocket. In fact, I don't think I can afford commission fees, as that's gonna strain my college funds. Although this is supposed to be for one of these portraits, I figured I'd add all of mine here instead of spamming portrait request after another.

I'll always have more than one portrait request if one of them doesn't appeal to you.
I ask that you take your time on whatever one you want to do!
In fact, I'll make sure I'll have more info for every character I add.

I'll take anime, realistic, I don't care... as long as the drawing shows I've showed enough info to make your commissions a fun, painless experience. However, if I am in need of a certain character portrait, it may have an ideal "Deadline". However, if you need more time to finish it, use as much time as you want. I'll probably ask about those more often.

She's a new person from today's work. So far, here's a rough drawing of her.
Name: Ingelise Kamilla Buljan
Age: 73 (looks 23 to unsuspecting humans)
Gender: Female
Occupation: Inge works as an apothecary and an alchemist at a local shop.
Origin: Lisé arrives from a place called Astra
Race: Elf (of some halfling descent)
Magic: Inge carries a giant book of spells, which can cast various spells. These spells are limited to healing and medicinal powers. However, she must be 100% focused for it to work.
Weapons: A blue, titanium chiseled glaive. She is able to wield the weapon at ease, in spite of its towering height (8 ft 6 in).
Skills: WIP
Pet: N/A; she's allergic to most!
Personality: Inge is self-conscious of both her weight and her horrible hay fever. As such, Inge doesn't feel at ease when it comes to her mind. However, in spite of this, she has no problem performing her alchemy, which is one of her skills. She does not appreciate those who hate nature. In fact, she will like them less for it. According to her instincts, the trees are her "family". In fact, she's quite the woman who encourages unity in everyone's actions.
Bio: WIP for now.

Appearance: Ingelise has chestnut brown hair that cascades to her knees. Her ends tend to curl up, hence her unique looking hair texture. She has a long fringe covering at least half of her right eye. Her hikimayu eyebrows are a dark brown, as she picked them herself. Long, fan like eyelashes frame her emerald green eyes. Around the upper right side of her dainty nose, towards the left jawline, an oblong scar crosses her face. She also has a mole under the eye. On to the body, she measures at a tall 5 ft, 10 in (179 cm). Inge has many kinds of clothing revealing her abundant cleavage (40-C breasts). She also has an athletic body, revealing her muscles. When she talks, she has a slight Irish accent. She usually wears a turquoise dress that flows down to the bottom.

Extras: Ingelise has Elf blood, but she suffers from human ailments. Although she isn't prone to colds, her nose is a hair trigger! She is highly allergic to pollen, fairy dust, and gun smoke. Sometimes, even patchouli and sea breezes make her sneeze.
Pose: To your discretion!
K

I can draw her if no one else has yet

KayLove |-/ said:
I can draw her if no one else has yet
Click to expand...

Sure, you could... but nobody's taken a look!
Show hidden low quality content