Technology of the Future OOC

Their job?
They create personal cyborgs. It's much like how computer companies work.

The company gets these living beings from the penitentiary systems. It's a nice incentive to keep on the good side of the law. Death Row? It doesn't exist anymore. When you really screw the pooch, they destroy you and build you back up, from the ground up.

These people are then transformed into a hybrid of man and machine, used like a laptop. They can communicate with the net, perform almost any task, and they're in over 80% of homes now.

The most amazing part? You can't tell them apart from regular humans.

Their only difference is one port on some part of their body. This is where they all differ in some ways. These ports are how they charge and how they connect directly into certain medias.

The first generation of these PCIs have the ports on the back of their neck.

The second generation have the ports in the middle of their back, between their shoulder blades.

The third and forth generations were limited editions, the third generation had a port on their left bicep and the fourth, on their right.

Fifth, the port was on their forehead.

Sixth, the backs of their hands. This is the only generation with two ports instead of one.

Seventh, The middle of their chest.

These PCIs are water-resistant, and are 99.5% problem free.

They're used in every day life. They're the workers, they're the entertainers. They take care of us. They don't grow old, they're the best of modern technology! If you don't have one, you're probably screwed. It's like not having a computer.

The problem? The connection to the net is oddly starting to wake up all of these PCIs to who they used to be. Flashbacks have been reported from owners of these technological wonders.

So what happens to you? Are you man? Or Machine?

Or something in between? What will you do in these times?

Name:
Gender:
Age:
Appearance:
Personality:
Job/occupation:
What is your view on PCIs?:
Do you own a PCI?:
History:

Name:
Gender:
Supposed Age:
Generation:
Appearance:
Personality:
Uses:
Current Life:
History before you were made over?: 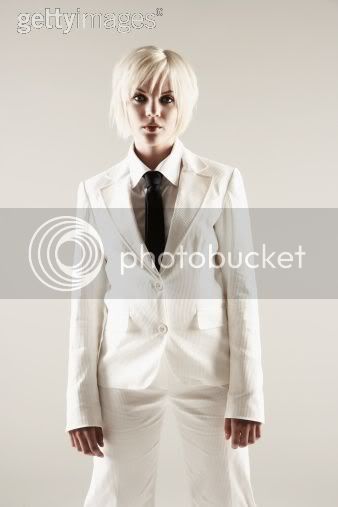 Personality: Light and carefree, Sugar is a firecracker on the stage, but subdued among others.
Current Life: Sugar's one of the two singers for the band LIT^ (Lit Up), a fast-paced group that's already sold more than 20 million albums. Their cover of Die Another Day (2002) by Madonna started them on the right path, though it's one of the only covers the band has done.
Uses: Singer
History before you were made over?: Sugar has no idea that her name was Britney Roslind, and that she had been modified due to the ironic charge of trying to hack into the government systems to play pranks. Constantly. They warned her seven times before they finally yanked the cord on her life. As of right now, there are no reports of her having flashbacks or malfunctions, though the media is waiting for any chance to get a cover story of the star's break down. She has actually had a conference to address the current situation, to help calm everyone down, though there's a worry that it didn't help at all.
S


Uses: Trained to set up Light effects and stage effects.


Current Life: He is currently employed by a company that organizes concerts and big events. His recent costumers are a band called LIT^. His life apart from work is nearly nonexistent, all of his attention is focused on his work, working tirelessly like a machine. Occasionally he feels strange sensations and remembers parts of his prior life. This incidents seem to happen more and more frequently, but up till now he was able to hide it.


History before you were made over?: He doesn't remember his name, he isn't even sure if he had a name. He was born in the slums of a big city and picked up by a syndicate at a very young age. Being stripped of his name and his emotions he was trained to be a killer that wouldn't ask questions and only cared for his mission. He was trained to work like a machine and ironically that was what he became when he was imprisoned and chosen as prototype for the PCI project.
O

YAY! Sure sure! Slayer is most definitely approved.
F

[If anyone wants to play a model employed by Josie, feel free! If not a model, I'm sure she has manservants. XD] 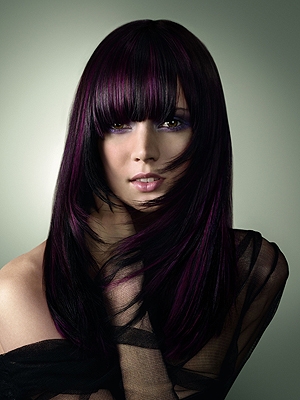 Personality:
Even though Josie has a passion for fashion, she's nowhere near a fragile daffodil that needs a jacket laid out for her when she comes across a mud puddle. Josie is an independent women very capable of defending herself! She's also very spunky, flirtatious and spontaneous.

Job/occupation:
Fashion designer for both women and men. The trend of clothing she owns is called You-nique, and she even owns a store under that name. The favourite part of her job is getting her fancy dresses modeled; Female PCIs model these.

What is your view on PCIs?:
They are very useful to have around. She enjoys their company and eagerness to work. In private, she treats them as friends, as if they were humans. When she's working though, Josie is all business.

Do you own a PCI?:
Of course! She's got quite a few of them, actually.

History:
With some funding from her parents and her drawing talents, Josie became a well known designer of clothing. It all started out as a small business of simple t-shirts, sweaters and jeans until she found new fun in making dresses. The trend she created within her business, called You-nique, definitely lives up to its name. It mostly attracts adolescents with its punky style and radical coordination of colours. In fact, she's a provider to the band called LIT^. They like her taste in clothing and they advertise for her! Since that deal was made, she's become more popular. The dresses she designs are flavourful, perfect for prom nights or simple dates. It seems like every outfit comes with a personality! Josie knows people fairly well, and learns a lot from the information her PCIs gather about the human populace. As a successful, wealthy woman, she owns a lot of these humanoids.

I love both of y'alls characters! Ok, when we get a few more people at least, I'll start the IC, but I'll still keep it open for apps. ^^

IC is up and I started it off with a bang. What the first post means is, If anyone has a PCI in the stadium, or IS a PCI, they're going to be guided OR FORCED into that room. Owners will not be able to stop this.

Trying to think of a good post. I'll get something soon. <3
K 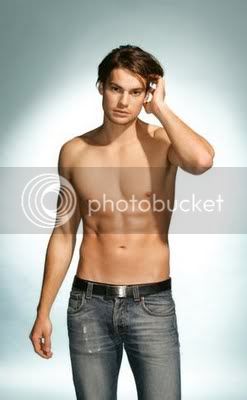 Personality: Easy-going, laid back, very mild and almost sleepy in countenance.
Uses: Intended for use as a laborer, since his basic form was an athlete.
Current Life: Modeling for Josie.
History before you were made over?: Dracos was placed in jail numerous times for his quick temper and violent actions. When he finally killed a man who tried to persuade him to throw a match, he was snapped up quickly for his large amounts of muscle and his sleek, powerful figure. They gave him a gentler personality, for starters. Josie was delighted to have such a charming assistant.

I find that helarious.

Even though I've got a bad track record and multiple RPs in indeterminate status, I'd like to maybe play one of Ocha's fashion plate PCIs who suddenly starts regaining her old personality and the angst that ensues.

I'll post a sheet, and the two of you can decide if it fits.

Yes, if she's alright with it.