Talented, Attractive, Successful, but not Sue

Let's talk Chase for a sec

But seriously, can we talk about this guy? 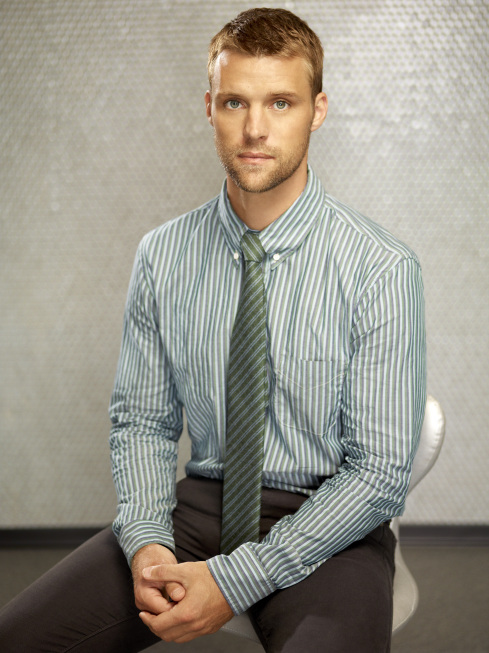 He's the most successful surgeon in his hospital. He's confident, well-paid, talented, and let's be honest, pretty damn gorgeous. He's able to bang basically any woman he sets his sights on, but has had real, meaningful relationships as well. Oh, and he has a hot accent.

On paper, he sounds like a total gary stu, but he isn't.

Many are quick to cry "Sue"/"Stu" when they encounter a character as fortunate as Chase, but as the writers of House, M.D. prove, you can have a character who has it all (or seems to) without them falling to the dark side of characterization.

Usually, when we are looking to avoid or counter-act sue-dom, we pile on flaws. Working with the above, we might say "Okay, so he's a rich, talented, Australian-British doctor with a mug that could make Captain Kirk see ranibows, but he's a terrible cook and is terrified of wasps." And sure, that would help a bit, but there are faults and then there are faults, and some work better than others at relieving sue-dom.

Faults like being bad at cooking or terrified of wasps are situational; they won't be present all the time, in fact Chase might go very long periods of time without having to cook or be near a wasp. Depending how he spends his money and where he lives, he may never have to. A fault isn't a fault if it doesn't affect a character's life; that's like making a character blind but then letting them see with magic. A fault needn't be around every second of every day, but if it's too easily avoided or compensated for, it barely counts.

Faults that go farther to correct sue-dom are usually more subtle. Chase is vain, he envies meaningful family relationships, he comes from a broken home and has given up on reconnecting it. He has scores with his father which will never be settled, he is stubborn to the point of recklessness, and will go way too far to prove a point, he's arrogant.

Personality flaws and other more subtle traits go a lot farther to keep a character human than an inability to make a souffle. Whether they manifest in a situation or not, they are always present. And if the writer is keeping all elements of their character in mind while writing (as they should) then they are able to recognize when this is a situation which would make the character's bitterness over their past cause them to be jealous of another character's presence, or when something would cause them to feel threatened in some way that they start acting a little extra arrogant and douchey, or when a fear or insecurity would cause them to behave irrationally and start screwing things up.


TLDR: When giving your character flaws, don't stop at situational issues, and don't rely soley on problems that a character can easily avoid. Make sure you include some subtle flaws which are always with them, even if they aren't constantly active.
Reactions: noahex, KissOfLife, Isho13 and 7 others
S

Not everyone has to have lots of defects and flaws to be an acceptable character. Even in the real life, some persons are smarter, prettier and more successful than others. They still exist. I do not like perfect characters, but I do not like neither this hate toward qualities. Just say your character is handsome and others will rejects you for being a Mary Sue, even if your characters has lots of flaws...
But I think characters that have lots of qualities and are successful can be interesting as well sometimes? Mostly in the kind of RP where the accent is put on the plot and action rather than on the character's development. They just have no to be perfect.

I am still wondering whether a certain character of mines is a Gary Sue or not.
He is the typical sexy boy, confident and handsome, wealthy thanks to a rich father. He is a social butterfly, loving to talk to everyone.
He got a rather comfortable rich-kid childhood and went to famous schools, despise his brother hating him to death and always trying to make others (adults or other kids) think he is dumb and mean for him to be hated by the others, because the brother wanted all of the love and attention.
But I would not consider him successful as he is just a daddy's boy and got no particular talent.
He is wise, honest and smart but can show some really immature sides sometimes. Also, he is alcoholic (and becomes seriously annoying when drunk) and addicted to sex (and not able to be loyal to his lover).
But I am not sure his flaws would be enough to balance the character ? 'm always afraid he may still be too perfect.
I have a detailed version of his personality but it may be quite too long to read.
Reactions: noahex
Show hidden low quality content