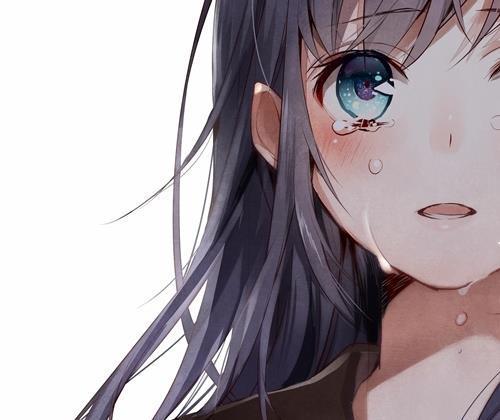 Personality & Background
Marina is very quiet, keep to herself girl but has a temper to her. She was always an easy target until high school where she doesn't really get along with anyone.
(It's small but I don't want to give too much away)

Personality & Background
Noah has always been the boy in trouble but with a knack for charming his way out of things. He definitely matured after the peak of his puberty phase, but he still enjoys some trouble now and again. He isn't a bad person, and although he's done some stupid things, he has always made up for it in some way.
Illnesses
Nothin' but seasonal allergies

Noah showed up at the Reed's house just in time for dinner. His best friend had invited him over, and who was Noah to refuse such an offer? All he had to do was finish up some work with his grandpa that they started in the afternoon after school, and then he was as free as a bird.

And it was such a smart thing to not pass up the offer. Dinner had been great, as always, and Noah helped his second mom to wash the dishes, as pay for his long stay.

He hadn't planned on staying the night, but it was a possibility he was considering now as he sat beside his best friend on the couch in the living room. It was getting late, the hours passing by quickly.

"Hey, man, I should just stay the night, right?" he asked, already pulling out his cellphone from his hoodie pocket. It was then that he saw he already had a couple of text messages. One was from his mom, already saying that it was fine for him to stay the night because she figured he would ask her eventually. He grinned and showed the text to the other sitting next to him.
Last edited by a moderator: Mar 6, 2016
Reactions: 1 person
L

Marina had just returned home from hanging out with her friends. It was a normal Friday night for the female. Go out to eat, walk around the 'city' part of town, have fun, go home late though she didn't expect Noah to be staying the night.
Marina unlocked the front door, waving to her friends with a smile before entering the house completely, shutting the door behind her.
She wore black tights with a short sleeve black shirt and a loose fitting pastel floral dress over it that was quite short on her. Her short hair was pulled up in a effortless ponytail as well.

She slipped her shoes off, letting out a sigh before walking to the kitchen, calling to her brother.
"What did we have for dinner?!" Marina wasn't that young but she did sound like a 12 year old, her voice small and innocent sounding.
"Erm, spaghetti ! And yes there was left overs, mom made you a plate, it's in the fridge." He called back, shaking his head.
Marina smiled widely before darting upstairs to her bedroom to get out of her day clothes and slipped into a very big green t shirt that said 'Ohio university' in silver lettering and of course Marina went down in only that and some very cute lady bug underwear still not knowledge that another boy was over.
She then went back downstairs, letting her short hair loose from its ponytail and heating up her food and walking into her living room to find Noah in the living room.
Marina was an attractive lady, flawless pale skin, long legs, average height, small torso but average hips, she was a looker but of course none of that matter because her brothers friend Noah was a hunk, a looker, a cutie, and a hottie and now she is standing in front of him in her lady bug underwear and older brothers college t shirt that had stains all over and herself with spaghetti sauce on and around her mouth. She was seriously embarrassed.

Noah cocked his head to the side but couldn't see his best friend's littler sister before she darted up the stairs and supposedly to her room. He thought about calling out and saying hi, but he opted not for it just in case she wanted to embarrass herself that night.

They continued chatting until she came downstairs, and then they listened to her make her plate of spaghetti. And then she was coming into the living room, and it looked like she was indeed embarrassing herself. Nick raised an eyebrow at her teasingly before looking away out of respect for his best friend, all the while laughing. It was a funny moment, oh, most definitely, but he was also slightly embarrassed seeing Marina in such a state. He had seen her in a bikini before, but this was different, even if he couldn't exactly explain how.

"Hey, Marina," he greeted her, still looking away with a big grin on his face.
L

Marina blushed more, curling her toes a bit, looking to her brother than back at Noah. Her shirt was quite long, stopping to her mid thigh but she was still embarrassed. "H-Hi." She finally managed out, glancing down then glancing back up at them, her brother hinting she had sauce on her face by tapping his mouth. Her eyes widened quickly before she wiped her mouth with her forearm. "Erm.. I'm going to go back in the kitchen now.." She stuttered out then shuffled into the kitchen, swallowing hard.

Nathan chuckled, shaking his head. "Hey, I'm going to jump in the shower, be back in a few. You can borrow something to sleep in too." Nathan said to Noah before getting up and walking upstairs to the bathroom.

Marina clenched the kitchen counter, her eyes wide and her face bright red.

Noah got the last of his chuckles out and nodded. "Alright, thanks, dude," he said to Nathan before he looked over towards the kitchen. He'd let Marina have some alone time to get a hold of herself.

"Hey, it's not like I haven't seen anything worse," he called out to her.
L

She flinched as she heard his voice. "Hm.. I bet.." She grumbled, sighing. Marina walked back into the living, pouting slightly but also glaring at him.
She then walked over to the couch, grabbing the remote and plopping down in Nathan's spot, flipping their the channels, resting her feet on the long foot rest.
She's known Noah for as long as she could remember but they never 'talked' before... It was like they never really bonded it was somewhat like 'Hey, what's up, how are you, that's cool, bye.' They never really got into deep conversation but I guess it's meant to be that way, or is it?
Show hidden low quality content