Original poster
Aiko pulled her gun up, a sniper rifle, and looked through the scope at the target she'd been focusing on for the past three minutes. Until now, her mind was focused on observing through a pair of binoculars, but something told her that the enemy team was becoming aware of the location of the hostage. Of course, the player she was looking at was searching the right area, and so she thought of what to do. Shoot another player out of the open to hopefully draw the target away, or shoot him instead, and risk giving away her own location, as well as that of the hostage.

Just then, a flash of brief gunfire caught caught Aiko's eye, followed by the player falling behind a wall before disappearing. She took immediate aim, and shot her target. A clean, precise shot, which splattered virtual particles into the air, before her victim disappeared.

The match was over, a flawless victory over the supposed 'masters of S&R'. Search and rescue was the most fun in Gun Gale Online, or at least she thought it was. As she was teleported out of the game field, her team greeted her, and they celebrated yet another win.

"Good job, Anri!" One of the team said, with another agreeing. She was the best sniper in the game, when the last BoB winner, Sinon wasn't active. She simply shrugged at their comments, and started walking to the shop to purchase more ammo.​
Reactions: 1 person
A 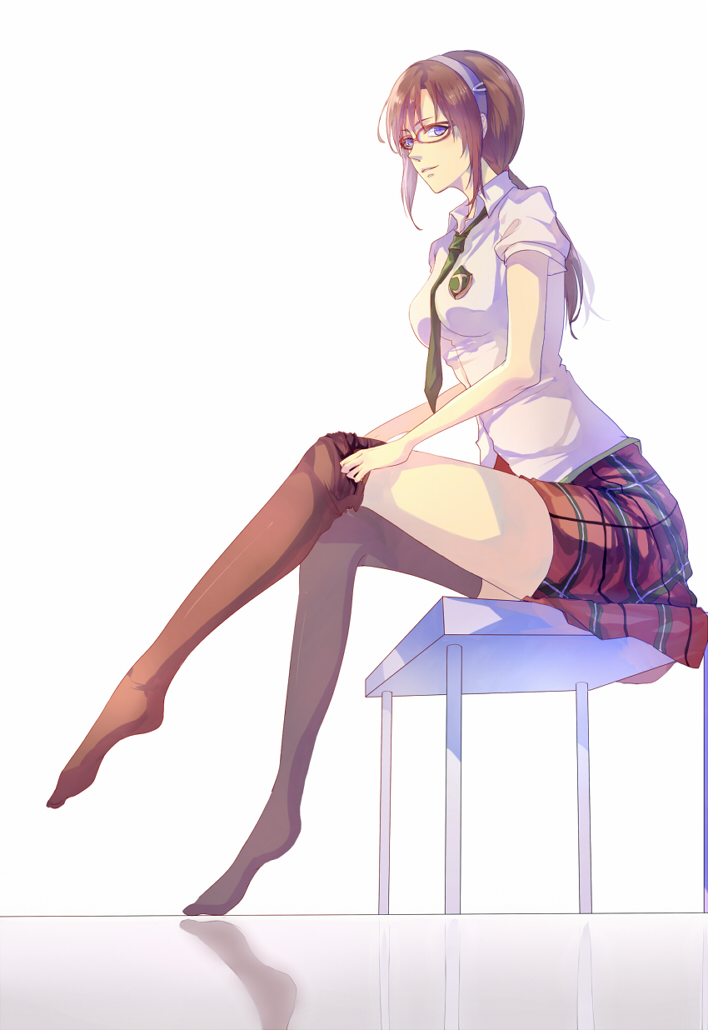 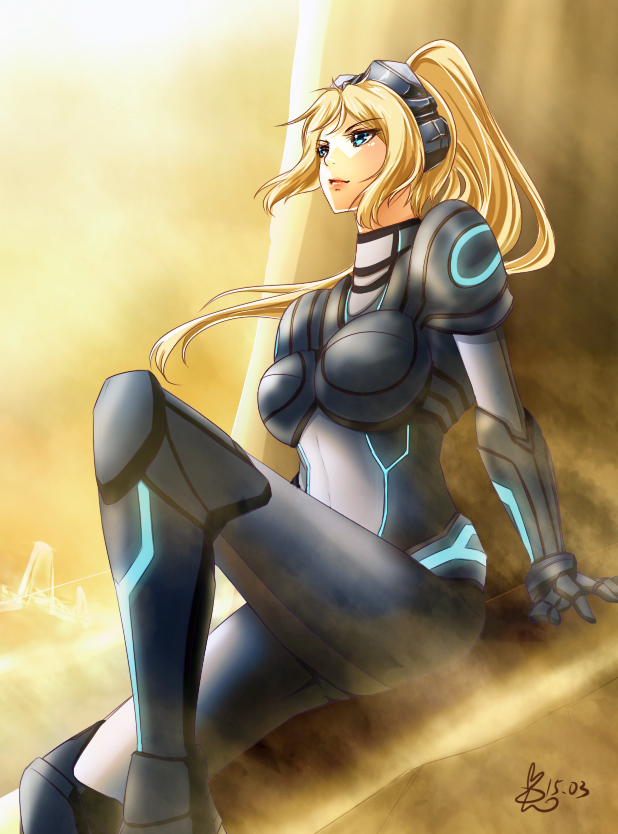 Search and rescue. Misaki loved the game mode. Unlike full assault or claim the objective, S&R required strategy as well as aggression. Both oh which she was suited for. Full frontal, she was always with the vanguard wiping out strong positions for the others to follow up and charge. Objectives, she'd be spearheading the defusing as well as taking out stragglers. As an up close and personal assassin, there was a certain joy she experienced that felt missing when she tried the other classes. To complement her, she was with a star team. Anri. That character could shoot. Misaki dreaded the day she'd be on the receiving end of the sniper.

Hearing the team chatter, Misaki adapted accordingly. Her team was on the hostage holding side. Though she'd rather be searching, it was fun within its own right. Creeping in the ruins while Anri had things over control outside with overwatch, Misaki had her close quarter energy dagger ready in case her SMG didn't finish finish the job.

Checking behind the wall, Misaki sighted an enemy player. Her silenced live round SMG cut through his energy armor until his character disappeared. That was the downside of energy weapons. They could be countered. Live ammunition; however, couldn't. It had its downsides though.

Rounding a door, Misaki was about to search another room until the 'victory' notification filled her HUD. She smirked. Anri got the last kill. Figured. Soon after, she was teleported out of the game field. Walking over to her team, Misaki pulled off her tactical mask. "Solid win guys. No deaths. We got a good streak going."

Seeing Anri at a store buying more ammo, Misaki checked her stock. She had space for another magazine. Wandering over to Anri, she looked for ammunition for her SMG. It was a unique variant. Favoring accuracy and pinpoint scatter over damage. "Solid kill, miss sniper," Misaki said. "I think our team's got a high enough rank for tournament S&R. I think we can handle it."​
Reactions: 1 person
K

Original poster
Aiko chuckled a bit at her teammates, as well as at Misaki's statement. Handle it they could... Well, Aiko for sure, and Misaki was a sure fire badass. If ever she had been defeated, Aiko had never heard it. Not to mention, Aiko was very perceptive, and fast. Misaki even surpassed Aiko in kills back when Aiko played with assault rifles. Everyone else in the squad had their good days, great days, and horrible days. "I just hope our partners don't let us down if we enter." Aiko joked, though she actually slightly meant it. She hoped it wasn't a horrible day when they entered. The sniper finished restocking her ammo, and slipped on a new Desert Eagle. With this, she sold her old pistol, and all the ammo, and filled as much as she could with fifty caliber pistol ammunition. The perk of the particular pistol she had bought gave her about five clips extra in her storage, which would automatically pop into her active storage whenever there was space.

It was a limited time weapon for those who stayed alive during a match, drew first blood, and had a flawless game, and also won the match within five minutes. They had done all of those, and while Misaki had first blood, it was apparently awarded to all of the team. The name of her gun was the Shining Eagle. Diamond studded sights, a golden slider, and the rest was made of a sturdy steel with a great grip.

"Next time we play a match, my new beauty here will be doing some work." Aiko said, a grim smile on her face, as if she was truly seeking the death of those she'd kill with it, though in reality, it was more of a humiliation to be killed by a limited edition or limited time weapon, and even moreso for any rare weapon. Aiko loved humiliating other players, even to the point where she'd fire at her own teammates' feet just for laughs, though she didn't actually laugh.
Reactions: 1 person
A

Original poster
Misaki shrugged at the comment. "We've been alright with them so far. Though we've been carrying them. I think. You pick folks off from afar while I get in nice and close," she said. "Pretty good duo we make. Well, before we enter, we can always try to feel out other players. See if we can't make an official team for the tournament or something."

Watching Anri purchase the new items and such, Misaki was tempted to upgrade her weapons as well. Though already speced higher than most folks on her level, there was plenty of other things she could've done for her blades and SMGs. More damage and range for the SMG. More penetration mods for her blades. The modifications were endless. The only problem was the price tag for everything. Misaki had a hefty amount, but not enough for what she wanted. She saw the limited time SMG that was for sale due to her recent stats in S&R. She compared them to her own SMGs. The stats were under what she already had. She let the deal go.

Looking at the newly acquired weapon, Misaki nodded at Anri's pistol. "Looks like it'll pack a punch," Misaki said. She looked back at the others who were talking about something else. She wasn't in the vicinity that'd trigger local chat. She shrugged. "So what's next? We doing another round or taking a breather? I'm up for anything. We could even start scooping out potential players for our roster, if we don't want current players?"​
K

Original poster
Aiko nodded at the thought of finding fresh talent. Their teammates had been great in most of the matches, but for Aiko, their level of 'great' wasn't enough. Their deathmatch ratios were far above what they had for search and rescue.

"They get the job done," Aiko started, walking toward the entrance of the Arena waiting area, with Misaki in tow. "The problem with our current team, is that they just get the job done. That's not something I can work with." The others hadn't even noticed their departure. Aiko had already took to the in-game forum to post a request for new players. Not even Aiko could get a legendary player to join her, but with any luck, she'd get a few above average players, and that was enough for her.

"If you aren't in a rush for anything else, why don't we try a two on two tournament-style Search and Rescue, or maybe Team Deathmatch? And... our opponents could be..." Aiko listed her hand, extending one finger out to scan the waiting room, stopping to point at a group of two at the other end of the room. As Aiko brought up their player IDs, she slowly put her arm down in discouragement. "Our opponents... could be Kirito and Sinon....." Her voice was rather weak on the matter, compared to speaking of anything else.

The sniper instantly regretted her suggestion, as tournament-style anything dictated that the winning team get to take the balance of the losing teams credits, along with all the losing teams winnings for seven days afterwards. She hoped that Misaki would let her get out of it as she slowly backed toward the exit.
Show hidden low quality content