Original poster
Years ago, in our everyday world, we would look outside our windows and see heros and villains fighting constantly. We felt safe, but there was always a fear, a fear of the unexplained powers. Fear leads to bad things. A new law has been put in place stating anyone with superpowers will be arrested and put in jail. Now heros and villains alike are in hiding, still using our powers to the best of our abilities. With my new roommate, can we bring back peace and a good name to those with super abilities, or will we be arrested with the rest?
Last edited by a moderator: Mar 16, 2016
U

Original poster
Name: Aurora Williams
Alias: Crimson Edge
Age: 18
Looks: Light brown hair almost always in a loose side braid, light blue eyes, fair skin. Almost always wears baggy sweaters, skirts and knee-high socks.
Superhero Outfit: https://www.iwakuroleplay.com/characters/crimson-edge.8960/
Personality: Shy, quiet, low-self esteem, kind, ehhhhh you'll see how she acts.
History: Parents found out she had powers and disowned her, forcing her to move out and live on her own since she was 16. She dropped out of high school, only to go back to high school awhile later, catching up and graduating with her class. She's currently working at a clothing store, drooling over the pretty baggy sweaters and skirts they have.
Other: She controls fire. Ironically, she's scared of her own powers. She's also scared of lightning and spiders.

Name: Clark Shade
Alias: Phantom
Age: 19
Looks: Brown hair that is almost always pulled up into a ponytail and her bangs frame her face. Bright green eyes, tan skin. She likes to wear jeans and won't really go anywhere without her jacket on...for a reason.
Superhero Outfit: (sort of along the lines of this) http://www.tencentticker.com/projectrooftop/wp-content/uploads/2011/05/robin1.jpg

Personality: Sarcastic, friendly, serious when needed, though tends to make jokes in said serious situations. She does have periods when her mood drops though.
History: Her family like was filled with superheros, so it was no surprise when she started showing signs at a young age. When she was thirteen, she was finally ready to start her official superhero training, but everything crashed down around her when her parents were arrested and put in jail for life, all for accidentally killing a villain. She then was raised by her grandmother and grew to hate the government. Which lead to her becoming a neutral hero. She currently works at a coffee shop just down from her apartment.
Other: She has energy beams and seems to have a knack for slipping away out of sight, hence how she got her name. She is scared of snakes.

Original poster
Aurora let out a small sigh as she plopped down onto her new bed. She looked around her room. Boxes were scattered everywhere and the room was a mess. This was to be expected, as she did just move in after all. Aurora had recently graduated high school and moved into the cheapest apartments to could find. That's when she met Clark. They had not met in person yet, but they e-mailed back and forth talking about moving in. With no other options, she took the chance and getting a creepy stalker dude over being homeless. If anything were to happen, she could just burn the man and run. The only problem was she didn't have great control over her powers. The smallest thing, like her emotions, could trigger her to randomly catch on fire. Aurora let out a shaky breath and stood up, continuing her cleaning and unpacking. She hoped to finish by the time Clark arrived. 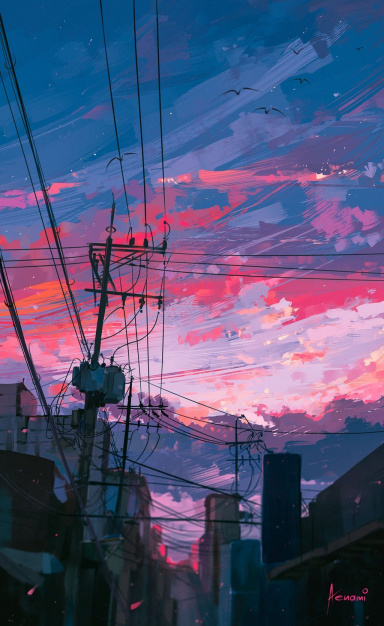 
Clark let out a groan as she heaved her bags up the stairs. Why did they have to pick an apartment building that had no elevator, and that they picked a room on the third floor? Oh, that's right. They were both broke as hell. She got to the top of the landing of her floor and took a few deep breaths. She was pretty strong, but this bag held all her computer parts, which got pretty heavy when thrown together in a bag. After taking a few moments to catch her breath, she started walking down the hallway to her room number. She stepped in front of the room and dug the keys out of her pocket. She stuck them in the door and heard it unlocked, the used her foot to push open the door. She peeked her head in and called out, wondering if her roommate was here. "Hello! Any creepy murder in here?!" She asked as she walked in the room, noticing a few boxes in the living room.
U

Aurora heard the door open and a strange new voice. "Nope! No creepy murders in here! Just me!" Aurora let out a small laugh following her sentence. She finished putting her clothes away and headed into the main room. "Hey. Nice to meet you in person Clark. I'm Aurora." She said sheeply, holding her hand out for a handshake. "I... um.... I hope we can get along!" Aurora looked at Clark and checked her bags. She didn't have much stuff, but they looked heavy and full. "Need any help?" She asked with a small tilt of the head. "I already moved my stuff into the left room." She pointed to her right, which would be Clark's left.

Clark smiled easily and took Aurora's hand, shaking it for a second before dropping her hand to her side. "It's nice to meet you too! I hope we get along too, though by the first meeting it's going pretty well so far." She said with a small chuckle. She looked around the room for a second, amazed at how big it was for just two people. There wouldn't be much clutter and they had a lot of room to themselves. She looked up when Aurora asked if she needed any help with her bags. She smiled sheepishly and nodded. "Help would be amazing. Most of these bags are filled with computer parts so they get pretty heavy. Some help carrying them into my room would be greatly appreciated." She said with a smile at her new roomie. She liked her already, which was a great thing.
U

Original poster
((Oh why thank you!))

Aurora nodded in agreement. Their first meeting was going well; she had not burst into flames or had an anxiety attack. "Even though it's not in the best shape, this is pretty good for the price we're paying." She smiled, looking around the apartment as well. She nodded and took a few of Clark's bags and returned the smile. Aurora was slightly overwhelmed with the weight of the bags, but she toughed it out and carefully carried the bags to Clark's new room. "Did you build your own computer?" She glanced over her shoulder, looking back. "That's pretty cool. I couldn't do that if I tried." She let out a slightly nervous laugh as she placed the bag down carefully next to the window.

Clark watched her new roommate struggle to carry one of her heavier bags, but she didn't fall over so Clark thought it couldn't have been that bad. She followed her new roomie into the room and set down a few more of her bags by the door, looking around and checking out her new room. It was a big room and it connected to the bathroom, which she liked. She smiled at Aurora's question and nodded. "Yeah I built my own computer. This is a different one though since my other one got....destroyed...." She trailed off with a nervous laugh and smile, rubbing the back of her neck. "So I'm building a new one. I have all the parts just need to put it all together." She didn't mention that she was the one who destroyed her old one in the first place. Being thrown into it kind of breaks it. She stood in silence for a second before smiling at Aurora. "So what do you do for fun?"
Show hidden low quality content
You must log in or register to reply here.
Share:
Reddit Pinterest Tumblr WhatsApp Email Share Link
Top Bottom