Original poster
In the state of New York, two teenagers, who have been best friends since the beginning of high school, decide to spend their last summer together via road trip. Their destination is Florida. Experience the bloom of a budding romance between a "wallflower" and a "nerd".


[fieldbox="The Wallflower, pink, solid"]
Name
Nadia Teresa Charleston
Nickname
None
Age
18
Birthday
2 September
Likes
Reading
Writing
Photography
Books
Food (and lots of it)
Harry Potter
Disney movies
Horror movies
Basically any movie
Black
Soft clothes
Music
High heeled shoes
Aesthetics
Piercings
Crazy hair colour
Dislikes
Bullies
Narcissists
People who think they're better than other people
Buses
The ocean
Bland food
Spiders
Snakes
Creepy animals
Bright colours
Sunlight
Heat
Loud noises
Death metal
Anyone who messes with kids
Incense
History
Nadia was born and raised in Manhattan, New York. The oldest daughter of an opulent family who own a chain of gourmet restaurants in the city, Nadia always got what she wanted, and more. She, however, is not spoiled -- she always shares her belongings, slips extra money to her siblings and friends and shouts her friends food frequently. Being rich always made her happy, because she could donate to charities, tip waiters extra and give money to homeless people.

While her money and good looks made her well desired throughout the prestigious grammar school she attended, Nadia remained on the down low. She stayed with a small group of people -- mainly her twin brother and her boyfriend -- and noticed everything. She studied the romances between students, who dislikes who, the way light hit certain hair colours, and she wrote about it all. Nadia could always be seen in the back of the class, leaning against a wall or under the bleachers, seeing further than most people can see, reading between the lines of life.
Physical Appearance 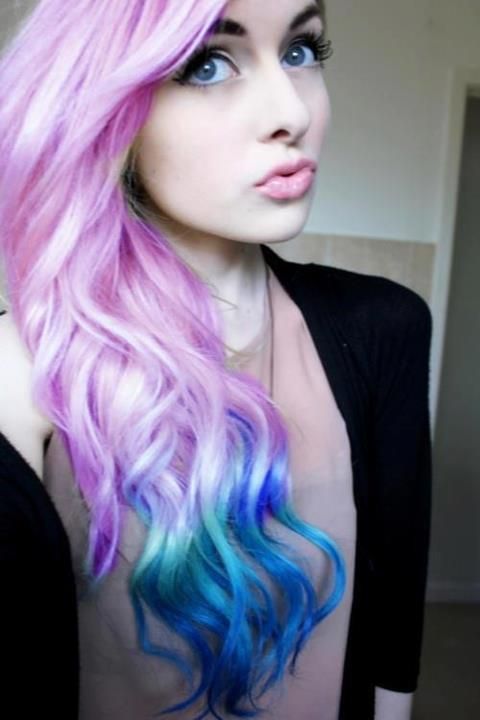 As Theodore grew older and began to recognize all that his mother has done, all that she does, he made up his mind to return the favor by doing his absolute best in school, knowing it was the least he could do. He had plans of getting a ride to college on a scholarship, so it didn't have to come out of his mother's own pockets. He knew that it'd be way too much to even think about. He went to a regular public school and was the one kid always sitting in the front. Asking every question, stating every answer, turning in all of his work, and always reading in his down time. He had a small group of friends as he went through the grades, sticking with them his whole four years.
Physical Appearance 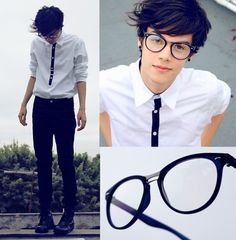 Original poster
You're like a bullet, girl, to my heart.
You're like a very far shooting star.
The very thing that I need.
Look at how you get to me.

Theodore sang softly, reaching for the knob that controlled the volume and slowing twisting it to the right. With the song Stuttering by The Friday Night Boys flowing through his car, he matched the beat with his steering wheel, slapping his palms against it. He mentally thanked the radio station for playing this song and pumping him up a bit. Earlier, he had been close to nearly falling asleep and, no doubt, causing an accident. Maybe even accidents. Why was he so tired, one might wonder? Well, despite his love for sleep and anything relating towards it, he had to get up quite early this morning. Like, five in the morning early. Remembering how it was still dark in his bedroom when he opened his eyes, he grimaced slightly, putting some pressure upon the gas pedal as the light turned green and the cars in front of him moved. He didn't even get to eat breakfast because of how long it took him to get ready. Theodore wasn't the fastest person when it came to getting ready in the wee hours of the morning. This morning only served as proof for said fact. He yawned as he flipped on his blinker, turning down a certain street, before switching it off.

As he drove, he had to constantly remind himself the whole reason he was up this early in the first place. It was the beginning of summer, after all! But that wasn't his reason; no, siree. This summer happened to be a lot more special than any previous summer that Theodore's ever experienced. It was the very last summer that he'd spend with his best friend, Nadia Charleston. Nadia and him have been friends since their early teens, both now being eighteen and new graduates of their respective high schools. She had a whole different life and upbringing than he did, but that didn't affect her personality, which is what attracted them to each other. But that's how it is for anyone, right? In order to spend the most amount of time with one another before heading off to separate colleges, probably never seeing one another again, they had agreed that they'd do a summer road trip to Florida. Nadia had picked the destination, and Theo had a sneaking suspicion that it was because of what was located there. A certain The Wizarding World of Harry Potter, but he kept his mouth shut and agreed. It's not like he had anything against Florida, after all.

Turning down another street that led into a neighborhood, the raven-haired teen frowned at the thought of never seeing his best friend again. Sure, they would keep in touch with one another through any means possible, but would that be enough? He was afraid that, during their college career, they'd become so busy and would forget one another. Just become distant memories in each other's minds. Shaking his head, he pushed those thoughts away. He could dwell on them later on. Right now, he had to pick up Nadia, so they can get started on the best summer of their lives. Pulling up to the opulent house of the Charlestons, he parked somewhere close to it before shutting the car off. Unbuckling his seatbelt, Theodore opened his car door and hopped out, closing it behind him. A beep resonated in the air, signaling that he had locked his car, as he made his way to the front door with an extra bounce in his step. Reaching it, he rapped his knuckles against the wood a few times. After a moment, he also wrung the doorbell for good measure, knowing that his knocks were soft and barely hearable.

[Stuttering by The Friday Night Boys]

space is a void and it's all in my head

∴◊∴ NADIA CHARLESTON ∴◊∴​
Nadia had been awake for hours. She had very poor planning skills, and therefore had risen early in the morning to pack clothes and toiletries, make sure her phone and laptop chargers were safely packed, along with her Harry Potter paraphernalia and notebooks and pens. She dressed herself in super-short white denim shorts and a black crop top, which stopped right at her belly button, showing her piercing. They were going to hot Florida, after all. Nadia slipped on her black wedges, picked up her favourite black leather jacket and carried her suitcases and purse downstairs.

Nadia was very excited for this road trip. It was the last summer before she and her best friend Theo parted ways to their respective colleges, and they were going out with a bang. Nadia would miss her best friend greatly, but she was determined to keep up with Theodore when college started. She had the money to transport them to each other regularly.

Nadia put her belongings beside the front door. She was walking quietly back into the kitchen when she noticed her twin brother, Stefan, sitting on tbe bench. She nearly jumped out of her skin.

"Dammit, Stef, you nearly killed me!" she whisper-shouted. "Jesus Christ, what are you doing up so early?"

"What are you doing?" he answered, avoiding her question,

"I'm leaving on my road trip with Theo today." Nadia moved to the pantry, where she pulled the two breakfast packs she had asked the chef to prepare the previous night. Muffins, croissants, coffee, orange juice and blueberries.

"Why are you even going on this?"

"Because it's our last summer." She heard a knock on the door, and ran to it. She opened it, and there stood Teddy. She flung herself into a hug with him. "About time."​
K

Original poster
T H E O D O R E ♣ O A K L E Y
​
Theodore had focused his gaze up on the sky above, staring at it mindlessly. It was what he did when he was waiting for something—focus on something else and get lost in his never-ending thoughts. Fortunately, he didn't have to stare at the sky for long because, not even a full minute after his knocking and ringing of the door, Nadia was there in the doorway before she was in his arms. A small 'oof' escaped his lips at the sudden hug, despite the fact that he should have expected it. No matter how many times it happened, it still took him by surprise. He returned the hug with as much affection as he received, squeezing the smaller of the two just a bit tighter. Hearing her not-so-complaint, he couldn't help but laugh softly. "Yeah, I'm sorry for taking a long time. You know I'm not a morning person," he explained, finally loosening his grip so he wasn't squeezing as tightly as before, but still hugging her. Lifting his head up, he was able to see her twin brother, Stefan, watching them with a blank look. Smiling sheepishly, he gave him a small wave before returning his attention to Nadia. "Please tell me that you have food because I'm starving, and we can't start the road trip if one of us is starving," he pleaded in a slight desperate voice.​

space is a void and it's all in my head

∴◊∴ NADIA CHARLESTON ∴◊∴​
Nadia grinned and handed Theo his breakfast pack. "Did you really think I'd forget my best friend's habit of forgetting to, like, eat in the morning?" she asked teasingly.

Slipping into business mode, Nadia ticked everything off on her fingers. "Right, we have food for the first day, there's a cooler of drinks and stuff for the road in the garage, I have the funds on my debit card, we have the list of destinations. Final thing -- are we taking your car or my car?" Nadia asked Theo. She had a fancy black convertible her parents bought her for her eighteenth birthday. Stefan had received a red one. They owned two of the best vehicles in the city.​
Show hidden low quality content