The Lakota was a good sized ship for a handful of crewmembers and a few passengers, with enough room for supplies and equipment to last ten years without any need to resupply, and still have space for salvage, treasures, or a few small shuttles. Normally, this sizable vessel could be found seeking out some abandoned derelict floating on the edges of the asteroid belt, or running cargo between the lunar city of Solus to the surface of Venus. But today...Today it was on the farthest outpost of colonized space: The Plutonian Orbital Array.

It was a large, saucer-shaped station almost a hundred miles across. It was big for a research-and-supply station, but smaller than most colonies were. The Lakota was docked and being loaded in the POA's massive hangar bay, with its captain Guran Hiroshi'or overseeing the operation.

He was supposed to meet his two passengers here, but instead of dressing up all formal for two ranking scientists from the United Sol Conglomeration's Science Operations division, he chose to present himself in the same sweaty t-shirt, faded army fatigues, and heavy mag-boots he'd put on when he started working on getting his ship ready for this venture.

Guran was a bulky man, shorter than most spacers born to artificial and zero-g environments but wider and more muscular than most as well. His height had to do with bad genetics, but his size had to do with the way he always kept his gravity drive a few units higher, and he made sure to stick to a strict workout regime at all times. Just because he had a big combat mech to fight in, didn't mean he wanted to be some scrappy dupe who couldn't hold his own in a brawl. His practice and his exercise had paid off quite often, and he now made it a mandatory thing for all members of his crew AND passengers to keep in peak physical condition to the best of their ability.

His hair was graying at the temples and cut short, but his eyes were steely blue with the focus and intensity of a mining laser, but they had the rather rapid movement of one who'd seen combat, and lots of it, and was making sure he was prepared for anything that went down.

There were a dozen people milling about his ship, and he shouted at all of them as they lugged the supplies and tech up the ramp and into his bay. There were a few big crates labeled "USC-SO Property, Handle with care" followed by a string of numbers, barcodes, and symbols that Guran didn't know anything about. There was also a weight stamp on it that would determine the object's overall weight in whatever gravity was currently effecting the stamp, so that anyone using mechanical loaders knew what to expect when hefting the object. Guran recalled one particularly eventful loading situation where a faulty stamp was reading at ten times its normal amount, so the loaded had picked up the box and ended up throwing it straight into the ceiling of the loading bay.

The person in question was his mechanic, a lean and scrappy man if ever there was one, but with highly-sophisticated bionic limbs replacing his right arm and leg, as well as a metal faceplate covering that same side of his face. Gerra's mechanical eye, which was just a red dot in the center of a metal orb, rotated to look at Guron, and the mercenary's companion waved an arm non-committaly. The cyborg moved to do as bid though, scanning every object with his bionic eye and double-checking their information on a readout in his arm with his normal one.

Guran watched in silence for a bit, then hit his comm unit with a fingertip, and said “Sariva, how are they looking? Lakota ready to fly? How's Darri?”

The co-pilot, a mid-height woman with a bob-cut, dark skin, and a tattoo running up her neck and check sat in the pilot's chair on the bridge, checking, double-checking, and triple-checking every piece of information she could find. “Aye captain, readouts are good yeah? Gravity drive working fine, light warps doing great, maximum capacity at five percent. Hull integrity at one-twenty percent, and we got enough fuel, air, and food to keep us going long after the great darkening.”

Guran's reply was curt but satisfied: “Good.” he then turned to look around once again, glancing at the hangar doors to see if they'd open and admit his charges. He was being paid a small fortune to take them out, make sure they log everything in their little black-box thing, and bring them back, a fortune he'd received about two thirds of up-front. He and his crew could have sold the Lakota and retired on that kind of money, but then they would have been fugitives, and you did NOT steal from the USC...
Reactions: 1 person
C 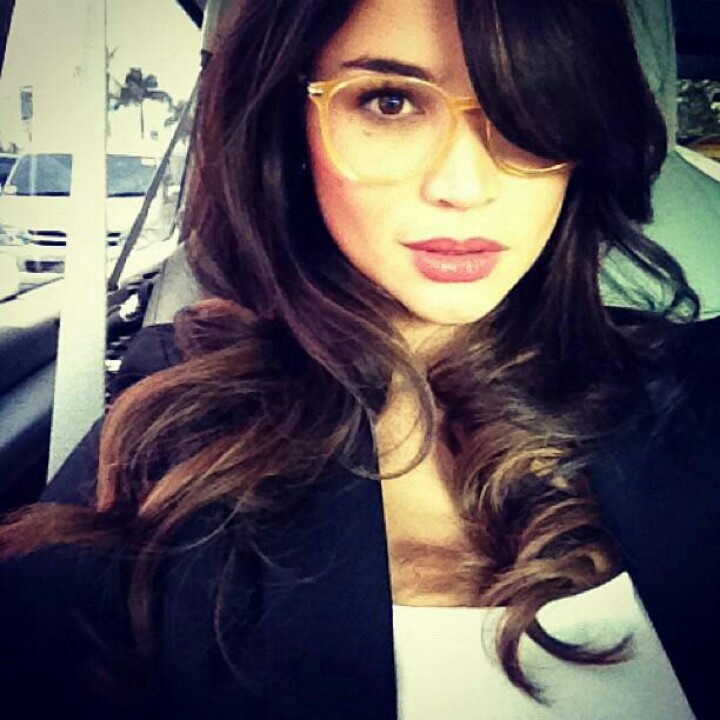 Arrice "AJ" Cooper graduated from the Massachusettes Institute of Technology at the age of 21. She recieved a full scholarship after graduating from Venice High School in Los Angeles, California in the top 25% of all high school graduates in the world, with a GPA above 4.5. At 17, her IQ tested at 190, one of the highest by a 17 year old in history. She became known for her achievements in Physics theories as well as he research on programming, creating many systems and programs that has pushed mankind further and further into a new level of evolution. She is most notable for her "Inverse Stationary Formula" that she both researched and developed with her mentor and expert astrophysics/atomic chemistry professor Adam McKar while attending MIT; this effectively and essentially created the concept of space travel. Originally she wanted the formula to achieve time travel, but with the funding of NASA and CIA, the theory was tweaked to fit and developed the world's first interspace travel shuttle, The Voyager Zero. Thus she recieved a Nobel Prize, a Turing Award, a Presidential Medal, and a Congressional Medal of Honor all in the span of being a 21 year old graduate. In the past four years since then, the President launched Operation Edgereach, recruiting her and many other scientific and strategic minds to leave the realms of Earth and explore and expand to new territory, the first being the renown Planet X by a team of astronauts and scientists a year after the equation was applied. In wake of interplanetary travel, the United Sol Conglomeration was formed to serve as a hub agency and foundation for all extraterrestrial endeavors, with fields ranging from Military, to Geographic, to Sciences and more. Of course Arrice and her mentor Adam would get offered commissioned positions in the USC-SO division and be assigned to various tasks depending on the logistics of the mission. All occupants must undergo a 6 month training and procedure session with NASA astronauts before launch. AJ has been under funding and care of NASA and the USC-SO ever since she graduated MIT. While there, other minds also used inspiration from the IVL (Inverse Stationary Law) and readapted it from geology and quantum physics to create a terraforming theorem that proved to be revolutionary in regards to creation of human compatible life. AJ is personally against the idea of Terraforming, but keeps to herself as she prepares to be assigned to a ship called Lakota and its team for Edgereach year number 4.

Adam: "Look alive AJ, you finally get to get out there and see instead of just staying at HQ upstairs with the brain trust."

A tall and very proportionately toned female looks up from her glasses with a stern face as her mentor, Dr. Adam McKar speaks as the decontamination doors decompresses to open up into the newly assigned ship that they would embark on. The Lakota. She checks her M.U.D. (Mobile Universal Drive) for any new reports or breakthroughs with some research she was working on back at USC HQ. She tried her hardest to crack time travel. The Inverse Stationary Formula was the first step. The fact it led to a tweaked interplanetary space race in which the US developed the first space faring ship? She didn't care about it too much. It was like trying to grow a field of grapes, but only produced raisins. She wanted to get to her end result, and the fact that the USC-SO is now working in tandem with the USC-GTO (Geological-Topological Operations) on a terraforming prototype was making her uneasy. In her mind, humans were becoming the aliens that we'd always fear would invade our planet and take over. But she would hold her tongue, she knew it wouldn't matter what she thought anyways.

AJ: "I still say we could have commissioned our own ship. Maybe a few guys from USC-TMO...oh that's right...they're too busy worrying about protecting the colonies we already have, as if something else other than us is going to threaten us."
Adam: "Never can be too sure."

The chamber opens as the airlock releases and The Lakota opens up before the two scientists. They instantly spot the few crates that encased their belongings at the front entrance with about a dozen of some small crew organizing the ship operations. She didn't know if they were crew or just help from the POA. Adam walks in and smiles at the passing crew and members, shaking their hands and introducing himself, as if anyone didn't already know who they were. AJ walks into the large ship and surveys the walls, the ceilings, the controls, the panels, the vents, everything. She adjusts her glasses and walks slowly with her arms crossed, starting to wander off into the ship until Dr. McKar calls her back.

Adam: "AJ! Come. This is sir Gerra, the one we spoke to on holochat. Pleasure guys."
AJ: "Hi how are you, nice to make your company."
Gerra: "Likewise, our captain Guran will be here shortly."

AJ tries not to look at Gerra's right half, composed entirely of alloy. But she studied his cybernetic arm and leg, with a face to match complete with a cyborg eye as well. AJ moves a bit closer and feels the texture of the metal on Gerra, while also observing the eye as it rotates down to look at her.

AJ: "Titanium-Ceramic enforced alloy. Durable and used to reserve the thermal exothermic release in case of strained conditions, and that eye...that's the tier one cyber vision right? Infrared, thermal, linked to your neuropathic synapse patterns so that it only reacts to you...may I ask what happened?"
Adam: "AJ, I'm sure our friend here doesn't want to talk about personal things of that nature..."
AJ: "Oh, sorry..."

AJ thinks to herself: Just great, this is going to be an interesting trip...maybe being at HQ wasn't so bad...
Show hidden low quality content