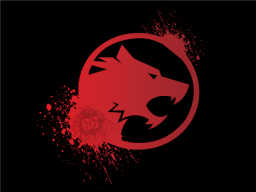 I'm looking for people who might be interested in my alternate take of star wars, here's the idea ladies and gentlemen


The new galactic republic has now been ushered in and the jedi of old were now nearing the edge of myths, while the Republic was reforming. Clone troopers were being reconstituted back into the republic army along with volunteer recruits. The experimental republic commando is birthed, a program only a handful were chosen to aid in the wars of the old republic. Kamino has been working tirelessly to purge any and all latent protocols from new clone troopers. A Mandalorian Operations Group have formed as specialized guardians to protect their genetically engineered kin and have been doing a remarkable job keeping pirate quartering parties at bay. Rumors of jedi have surfaced around some of the worlds in the outer rim. The sith were back on two feet, spreading their influence through the outer rim planets. The sith had gone onto take out rim worlds and fight back the Republic occupation on them. Sith Academies have begun evangelizing the taken worlds through fear tactics and promises of power.

Mandalore had established itself as an economic super power, gaining currency through the shipping of beskar and custom made armor to the republic. Some Mandalorians had even discovered latent force abilities, allowing them to perform feats a skilled gunslinger would have trouble with though they were not able to manifest the force as jedi have aside from simple feats. The Republic and Sith have engaged one another in skirmishes across space, the third party benefactor has been none other than the Mandalorians, the battles wage on in the galaxy as its fatehangs in the balance.
​
Show hidden low quality content