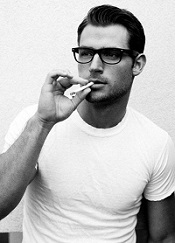 Hmm... I could tell a real story, or one of my many horrific dreams. Which would you like to hear more?
M