So Comes Our Retribution Ch 1 v2.0

The sins of man cannot be pushed aside any longer. Far too long has the human race been rotting away. The disease has spread to the point where the only way to cleanse it--is through annihilation. So dark the desires of man that he shall bring about his own demise in the end. You have been warned, and you have taken no steps of your own. So now, it is my turn. The world will be painted red and the heavens will cry crimson tears of cleansing. The end is nigh, and the end will bring rebirth...

Many notes similar to this have been sent to leaders around the world, creating quite the shock. No one knows who this mysterious individual is who calls their self "The Red Death" or TRD for short. All they know is that they pose a serious threat to the well being of the world population as their intention is made clear. Massive genocide of the human population. Our leaders tell us not to fear, but we can clearly see fear lingering in their own lies...

It's been two weeks since the note has been published in the newspapers. Mysterious disappearances and deaths have been occurring around the world. The leaders are trying to keep the population's calm, but it is obvious that this isn't a threat anymore. Worse yet, some sort of sickness is beginning to effect small countries killing easily in groups of hundreds or so. The identity of The Red Death still remains a mystery...

December 25, 2009
The death tolls are rising. Martial law has been put into effect in many of our world's countries. Riots breaking out all over the world as the sickness continues to escalate. No one seems to be safe! On this Christmas day no joy will be spread. Only tears and grief. We advise you stay inside and don't venture out for a while. The disease seems to be spread through the air and through the blood.

January 25, 2010
~excerpt from letter from TRD~
[SOLID="red]
Did I not warn you that the sins of man would not go unpunished for very long? Already the effects of your own sinful ways are coming back around to take your very lives. Justice will be served. Today, I declare war upon the remaining people who still hold strong in their filthy ways. You will find that the very things that you thought would save you, will only come to be your demise. May the Lord have mercy on your tainted souls!

Death only awaits you,
The Red Death[/SOLID]

So it begins the world on the verge of dying has gone to war, but with what or who? Sadly we fight more amongst each other. Who is this Red Death? Why do they wish such horrid things upon us?! No more! No more!! The end is nigh! Darkness shall be the last any of us sees in this cruel world...The Red Death will spare none in the end...
A

It's been four years since the War of the Red Death ended and is currently the year 2017. The world is mostly deserted and dying. The human population wiped itself almost dead just as the Red Death had intended. Glorious cities of old lay in ruins and technology remains broken or dead. The wildlife has spread into the deserted cities making them look like old sci-fi replicas of what they once were. Humans are no longer the top of the food chain anymore.The disease that spread through the world either killed the person, maimed them, or changed them completely into blood thirsty mutants, only a very small portion of humans were not affected at all. The disease seems to only infect one now if there is direct blood to blood contact between infected and the new host. The world has become a dark place indeed with little promise of a bright future.

However, there are still some survivors of this horrific time in our history. These survivors will band together and try to fight for their lives and fight for humanity. Perhaps they will be able to rebuild life and start over, learning from their horrific mistakes. First they need to find each other and then they need to find safety from the cruelties of the new dark world.

RULES
-Be respectful to one another
-Be realistic please
-Be creative. At least semi-literacy. I do not want any one liners, put some thought into your posts
-Have fun!!!
-Rules are subject to be added and or changed
A

Original poster
I am played by: 4got10angl
My name is: Lita Storm
I am this many years old: 26
My gender is: female
I look like this:

I carry upon me: A pair of sunglasses, two pistols with a few extra rounds, lighter/pack of cigarettes, hunting knife, whatever other items i might pick up along the way
This is who I am: Lita was one of the few 'lucky' ones if that's what you'd like to call them who survived through this horrible epidemic. She watched everyone she'd ever cared about wiped away by either the destruction of the war or the Red Plague. She has seen many horrible things and had to do some horrible things to just get by. A tough individual, she knows how to protect herself and won't hesitate to kill if it'll save her life. Though she has grown slightly distant in the last few years.
You might also want to know: She feels a deep sense of regret and failure for not being able to save her family during all of this and wonders why she managed to stay alive but not them. Also she used to work in a lab that researched possible cures for the disease when it first came around.
My Favorite Quote is: Circumstances arise in our lives and we are forced to make decisions. It isn't about the quality of your decision or how you make it that counts, but rather how you deal with the consequences of the decision.
A

Original poster
I am played by: Angel03
My name is: Adison Taylor
I am this many years old: 23
My gender is: female
I look like this: 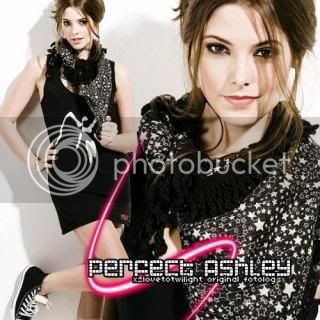 I carry upon me: Long strap, small, forest green colored purse with cigarettes, lighter, pepper spray, single brick, wallet w/ cash, credit/debit card, id, wintergreen gum, and other unknown oddities. She also carries around with her a desert eagle pistol.
This is who I am: Adison was a young college student planning to become a professional guidance counselor before the red death occurred and nearly destroyed everything within life. Life was pretty good and she really had nothing to complain about except the break-up with her boyfriend Todd. Otherwise she had a good relationship with her parents until they were turned into one of the infected and she had to kill them both. That series of that brief horrific past are pretty much forever in ingrained into her mind. She used to be able to say that she had been five years off cigarettes but that went downhill after losing her parents. Now she's wandering the streets in search of survivors.

My favorite quote is:

Well, I heard there was a sacred chord
That David played, and it pleased the Lord
But you don't really care for music, do ya
Well, it goes like this: the fourth, the fifth
The minor fall and the major lift
The baffled king composing Hallelujah

Original poster
cool i think this one i might just do an entire restart of it...but first i need people back XD
A

Original poster
...we have a noticable decline in participation this time around...*sigh*
W

Original poster
the corpseman cometh
A

Original poster
I am played by: Kitti
My name is: Amereth "Amy" Zucci
I am this many years old: 20
My gender is: Female
I look like this: 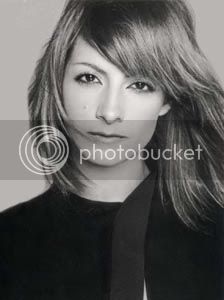 I carry upon me:
Sewing needles
Thread
A heavy jacket
A pocketknife

This is who I am:
Born to a wealthy family, the sweet sister of a loving older brother, Amy was always to be obedient, to do what was best. At eighteen, she was engaged to a wealthy friend of her brother's, and she thought she was very happy.

Holed up in her home with the other members of high society, Amy watched in fear as her whole life died before her eyes. Her fiance was the last to succumb, and as she cared for him, she realized that she could never have married him happily, despite all the love she felt.

Distraught, Amy waited to die and yet... it did not happen. Days passed and still she survived.

My favorite quote is: "Do you think you can tell? Blue skies from pain?"
A

I am played by: A cheese-muffin

My name is: Daniel Conway

My gender is: Cheese muffin

This is who I am: Daniel is former IRA, from the town of Drogheda, near Dublin. As a teenager he was behind some of the worst terrorist attacks of the 90s, operating as the demolitions man for a number of ruthless IRA units. But after MI6 began targeting his comrades, Daniel ducked out and left the country. He took up mercenary and counter-intelligence work, applying his skills to the new crusades against the Middle East and the Russian Mafia. He didn't care who he pissed off or how dangerous it was - he treated his own life with a typically Irish disregard. Always running, but always cheerful, Daniel made a name for himself as one of the finest explosives experts on the black market. He was in East Russia when the outbreak hit, and after taking a boat to Alaska, he has been working his way south, relying on his wits, salvaging skills and general resourcefulness to stay alive.

You might also want to know: Daniel is a drinker and a rogue. He figures anyone he meets will be dead sooner or later, so has no qualms about using them for as long as he has to. He is also looking for a good place to die - something big and dramatic. He wants to do his nation proud before the end.

My favorite quote is: "Luck of the Irish!"
A

Original poster
nice profile there cheese-muffin go ahead and start

Cos you're that easy to predict. :P
A

Is this rp still active?
A