Slightly Based Off Nagi no Asukara (WARNING) spoilers inside 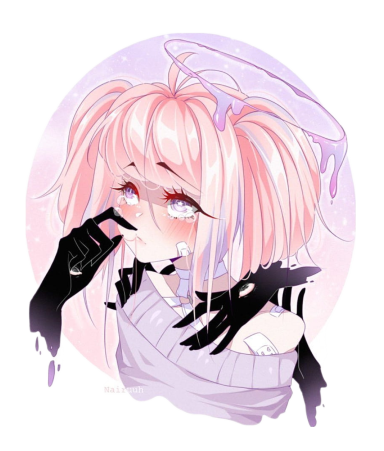 i just wanna do a role play based around the anime series I haven't finished it yet but I'm slightly unhappy with the pairings they have put into motion so I'd love to have a partner to make my own pairing with ^.^ if this partner wants to play an OC and a character from there series that's fine but I'd prefer a pairing of OCs even if you haven't see the series you can still partake in this I'm not strict about fallowing the story to closely I just got my idea from the series ^.^ so if you don't really know what it is its basically kinda like the same idea as Atlantis sort of anyway it's a city under the sea and some of the children from that city are sent to a near by city on land for the remainder of there junior high school year (I'd just change it to high school instead because of age stuff) anyways people of the sea are able to be on land as long as they can keep there protective layer that keeps them alive whilst on land and keeps them being able to breath in the sea from drying up completely this layer is called there Ena later on tonight I will be posting a character sheet along with this post please message me if your interested ^.^

(Shioshishio the city in the sea)

(The city on land that I don't remember the name too...)

and here is my character sheet ^.^

Name: Tsuki Miuna (yes i stole a main characters first name and uses it as a last name)
Age: 18
Origin Land or sea?: Sea
Personality: Unknown at this time
Appearance:(her eyes are a more vibrant blue)

Still really interested in this one there are so many different ways we could build a story around this! Here is a bit more about the story

Nagi no Asukara is set in a world where there are two races of humans, those who live on land and those who live in the ocean. But instead of living in caves or shipwrecks or the like, the people from beneath the waves live in houses like ours with streets like ours. Instead of a sky, they have the water refracting the sunlight. Instead of birds, fish swim through the “air” while sea slugs and crabs take the place of bugs. And while they don't have snow, occasional salt flakes fall in a similar way, coating the ground in white
This world so similar to our own yet so different looks beautiful in the anime
In the world of Nagi no Asukara, it’s easy for the sea humans to blame those on the land. This is because sea humans have a special membrane that allows them to breathe in the water. However, land humans lack this—as do half-breed children.
Thus, when a sea person falls in love with a land human and wishes to be with them, they are banished. In other words, the sea humans see the land humans as “pigs” who steal their women and are the cause of their looming extinction. The land humans respond by seeing the sea humans as more “fish” than human creatures that live in backwards isolation. the five children attempting to cope with their emotions as they bridge the gap between their two cultures by performing a yearly ritual that the adults have called off because of rampant prejudice on both sides. At the same time, the living incarnation of the sea god has announced that the end of the world is coming; and only by going into undersea hibernation will anyone survive. Of course, only the sea humans can do this, leaving the land humans doomed to a slow apocalypse over the next generation as the planet freezes.
The children, hoping the ritual will convince the sea god to help avert the disaster,
Last edited: Nov 18, 2015
Show hidden low quality content