Original poster
[dash='yellow'][dash='red'][dash='blue']Welcome to the Sixth World, the world of Shadowrun, a grim-dark not-so-distant future where the difference between a nice home and crawling around on the streets is a life as a corporate zombie.

Does this frighten you? No? Good, because we've just barely scratched the surface, ya bunch of yonos. REALLY fraggin' long story short(er), for you slots too poor to pay attention or too dumb to understand what I'm saying, back at the turn of the century, alot of major shit happened which lead to corporations gaining the same rights as nations. Needless to say, the little people (that's us) got the shit end of the crap stick. The bigwigs decided to call this extraterritoriality, and corps all over started snatchin' it up left and right. Bye 2009, countries had begun to fall apart and reassemble faster than you can say Dunkelzahn. But that's not the biggest thing to happen. The biggest thing was UGE. That's right: Unexplained Genetic Expression, also known as the Awakening. Basically, as we found out later, it was simply magic saying "HI HONEY! I'M HOME!" with about the tact and poise of a nuke. Scientist and philosphers all said it was the Mayans who predicted it on that giant stone fortune teller of a calender of theirs. Their Sixth World popped into our lives, unwanted and unbeckoned, on December 24, 2011. Oh, there was also Goblinization, but no one cares about those trogs. So basically, randomly across the world, you got people throwing fireballs left and right, your Average Joe spontaneously turning into an Elf, Dwarf, or god forbid, orc or troll, and oh, let's not forget the giant dragons everywhere. For those of you with some brains still left in ya head, check with FastJack for details. You may now shit yourself.

Well, that's all you'll get from me...for now, at least. Ta-ta, kiddies. Don't get your head shot off.

Ok, so this is a 4th Edition/20th Anniversary Edition Shadowrun game. Character Build is using the standard 400 BP. No more than half of this may be used on Attributes (in other words, you've got up to 200 points for attributes, and 200 for other stuff, including race). You may buy UP TO 35 BP worth of Positive Qualities using your starting BP. You may recieve UP TO 35 bonus BP from Negative Qualities. If you're new to this kind of character creation, I suggest staying in the Core Book.

A few notes:
1) Do not worry about paying for a Lifestyle. That'll be taken care of.

2) This game will (mostly) take place in Indianapolis, Indiana, UCAS in the year 2072. If you're not familiar, do a bit of research. Wikipedia is fine. Many locations will be changed, though several historical ones will remain mostly the same.

3) This game has 2 GMs, myself and Vay. I will be handling the main story, while Vay will be in charge of character-driven (ie, influenced by backstory and what you do in the main story) side-plots in between chapters. So the better the your background, the better Vay can do his job.

4) I WILL be trying to kill you, because as Shadowrunners in 2072, that's just how things are. I will, however, pull my punches from time to time, because making a character is a bitch, though don't think this means you'll get out with a simple KO. There will be consequences. >:D

6) Before play in the IC starts, there will be about 3 sessions of play that will take place in the CBox's RolePlay Box. This will simulate the meetings in Pariah. We will need to discuss the best time for these sessions. More sessions in Pariah may take place as plot dictates in the future.

7) I think this is it, but I can't help but feel I'm forgetting something. If I remember/create a real #7, I'll post it here, and let you know.
7) Here is a link containing alot of Shadowrun Slang. I like, you like, everybody like. http://www.intercom.net/user/logan1/glossary.htm

I forgot something rather important: Books
Here is your book list: Shadowrun 20th Anniversary Edition, Arsenal, Augmentation, Runner's Companion, Street Magic, Unwired.
These books can be obtained from here: http://www.mediafire.com/?sharekey=b906640685131e1fab1eab3e9fa335ca379a3303ad56d9b7#ktv7v4cm64f92,1

Also, you may want to try and find the Sixth World Almanac for a more detailed history and description of many of the remaining countries.

Pariah: http://www.wix.com/theneverthere/pariah
Password will be revealed later this week

Killian was born in Tir na nOg to an elven mother and father. Immediately he faced a rough life, because even for a dryad metavarient, he was different. While his parents always loved him, the other parents always watched him with disgust in their eyes. After all, unlike normal elves and dryads, his skin had an unearthly obsidian sheen, his hair changed color with his moods, and he had markings all over that glowed a neon green. However, he made the most of his life, and when he was eleven, his parents adopted another young elf named Ultán. The two got along amazingly, and life got a bit brighter for Killian. Then one day, when he was in his late twenties, a surge of mana shot through the elven island. Killian had been away from his town when this mana wave hit, and the villagers, who had grown accustomed to his odd appearance, feared something terrible might have happened to him when he didn't return for several days. He never did return, and all traces were lost, save for a dragon flying toward the coast a few days after the surge. A dragon bearing similar colorations to Killian. The next time the name Killian Toombs showed up, it was in his marriage to the dryad Alana Aisling, the owner of an up-and-coming club in downtown Indianapolis. Ever since, Killian and Alana have been 'entertaining' guests nearly every day and night.
V

Armor Jacket (Reversible, one side red the other black)

Original poster
Reserved for a not hungover GMK.


Attributes:
This shit is totally not metal

It's worth mentioning that he sounds exactly like Nathan Explosion of dethklok. He is also a passionate follower of metal, to the point where he will punch a radio that isn't playing metal, until it either breaks or decides to start playing metal.

Before he became a runner he worked security for Ares Macrotech, mostly as a riot control officer. he was promoted to more internal security matters but quit shorly after, claiming it wasn't 'metal' enough.
W 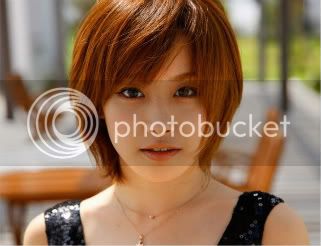 DONATING MEMBER
FOLKLORE MEMBER
I'm rolling Hippie out for this.

Stand by for a stoned Gnome demolitions/inflitration specialist.
T

Original poster
Making a gnome will require use of Runner's Companion. It's a metavarient. And we're going to have some silly explosive making, since Effort can make the compounds, I can build the bombs, and Grumpy will be able to use the bombs. XD

DONATING MEMBER
FOLKLORE MEMBER
Got most of the Shadowrun books, so Runner's Companion won't be a problem.
T

Original poster
I just posted a link to grab the books, so there's that as well.
K

But enough of this sillyness. 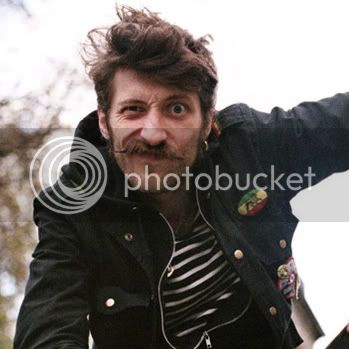 Original poster
I've been working on a character for some days now.

DONATING MEMBER
FOLKLORE MEMBER
You're not a true Street-Samurai until your Essence is basically a gaping black vortex of technology that traumatises Mages, Seiji.

Poor Musume! All these creepy Dwarves about isn't going to be fun for her!
K

Original poster
No. Shadowrunners are criminals. A paladin would not work at all.
W