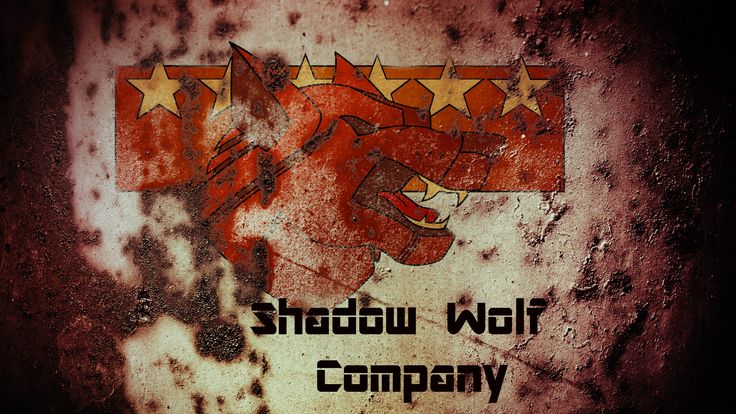 "I used to believe in certain things. That a man does what he can to get by, that he does everything he can to provide for those he holds the most dear to him. That he faces his destiny, however uncertain it may be, with clear thought and open eyes and an open heart. I believed in these principles like they were my very own religion, because after all, what more do we have when its all said and done, than our words and our actions? But words are not unlike bullets; once put out there there is no turning back. Words can pierce the flesh and rob the body of it's convictions.

Bullets may make a person bleed, it may take a life but it can never dishearten so much as simple utterance may. A few words strung together can turn your faith, your morals on their heads and make you a blind devotee and destroyer to all you've ever loved and ever held dear.I fought for this company, I fought hard and I fought long. I gave them sweat, blood and tears and now--as my world crumbles around me, and my disillusioned heart turns vengeful--it is they who will bleed, sweat and cry for me. Cry like a wolf howling in the night...or perhaps die with a whimper. But die nonetheless."- Commander "Charon".​


History tells us technological progress is like an ax in the hands of a pathological criminal. And in no way is this better seen than in this era. Where conglomerate companies wage the wars. No longer are nations protected by the countries military, but the largest firms have their own militaries. Sometimes these privately owned armies are stronger than those defending the nation itself. So while clandestine operations and spies are still hard at work stealing data--but wide scale battles occur when one or more of these corporations clash.


Q: Where will this be taking place?

A: This will be taking place on an earth-like environment. While there is no doubt if these corporations could build and fund private armies and create these larger than life machines they could go into space--we're strictly planetary bound. The planet is called "Terra".


Q: What is the overall plotline?

A: I'm glad you asked that question; the overall arching plot is my character, Commander "Charon" is a highly respected and formidable mech pilot. Who, during the story becomes more disillusioned with the company he's been working for (Prometheus). And during the story, has an apparent "death" but is actually going rogue and is later picked up by a rival company (Olympia). He returns with a vengeance to destroy his former employers, the reasons of which will be discovered in the story-line as you play.


Q: Who will we be playing?

A: Ah! At first, you will be playing pilots under Charon's command of the Shadow Wolf Company. Later, you can either choose to remain with the company you are with and fight him, or, you may join with him to take down your former employers.

Keep in mind, if you decide to fight, your mech will be destroyed fighting him. But, we'll make it go out with a bang. But I won't kill your character unless you want me to.

A: Another very important question; I am allowing mechs from Mech Assault, Mech Warrior, Titansfall, and Armored Core. I will also be implementing elements of these as well. So no Gundams, Eva Units, etc. Only Mechs from those underlined. 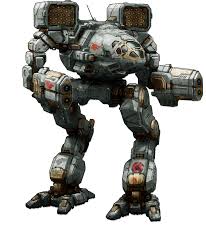 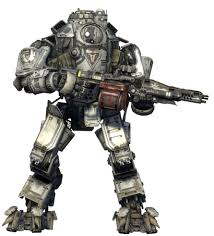 I will be assigning weight classes, and limits to them. Mechs can't be over 10 meters or 29 feet tall.


Q: What kinds of pictures may I use for my character?

Nationality: (Use Earth Nationalities for simplicity.)

Piloting style; (Are they aggressive supportive, a solo fighter, a team player, do they prefer to shell from long range, or get up in the foes face?)

Offensive Equipment: (Remember to class each one) 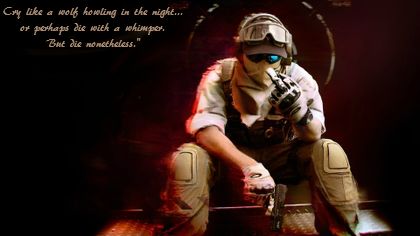 Appearance;
[imga]https://s-media-cache-ak0.pinimg.com/736x/0f/04/bd/0f04bde488ea10afe4037b7bd64c290e.jpg[/imga]
Jon's a relatively tall man, well built but behind his iconic face mask his age shows, as does his many scars. While not an old man by any account, his raven colored hair has begun to show signs of greying especially around his temples and ears and slim, slender streaks through his dark hair. If he takes his glasses off, which he rarely does, one will see that Jon is missing an eye. He lost it while he was still 'green' on his first mission. His right eye doesn't seem to affect him too much as he can still out perform younger prodigies, though this could be a combination of their arrogance and his experience.

He also has several bullet wounds scattered over his body, the scars are well pronounced but again don't seem to hinder him. Ordinarily, he has a ball cap on, dark shades, part of a balaclava that covers from the ridge of his nose, down to his chest. He wears military issued combat gloves with a hardened back plate across the ridge of the knuckles which are tan, Black combat boots, battle fatigue pants, a Kevlar vest and a white shirt. He also carries the dog tags of all his friends and comrades that have passed on.

Piloting style; Jon's an aggressive pilot no matter what mech he's in. But that doesn't mean he's not a genius tactician.

Likes: Holos of his family, his sidearm,a small wooden boat he made for his son.

Dislikes: Sunburns (they are a pain in the ass), any overly strong fragrance, the fact he's slowing down due to age.

Fears: Failure, being evil, fear of losing loved ones.

Aspirations: To see his wife and kid when his work is completed.

Flaws: Older, prone to second guessing his self, cold, has a temper. I was pretty interested until I got to the part where you want people to play background characters to your main character. In a story that's already written, with a conclusion that's already decided. That pretty much killed my enthusiasm.

But I do love a good mech RP and I definitely prefer the Titanfall/Mech Warrior style mechs to more anime ones, so please let me know if you ever decide to do a more egalitarian, open-ended RP!

Thank you for looking. However, I believe you've gotten a couple things misconstrued:

1. The story isn't already 'written', while true it has a predetermined course; whatever happens in the characters interactions are completely up to the players. I've done several open, egalitarian role-plays as you stated. I'd just like to do something more concise and planned out.

2. Players won't be "background characters". While Jon is the protagonist, his team is important to him and important to the story. When he turns into the antagonist, they will be left with questions and questions need answers. This plot isn't purely about mechs fighting one another. It has sense of mystery to it and made to make you question this future setting where corporations can do practically anything they want.
I

Hmm, I guess having a predetermined plotline isn't necessarily a bad thing. I think the part that really bothered me was:

Keep in mind, if you decide to fight, your mech will be destroyed fighting him.
Click to expand...

That felt unnecessary but ah well.

I will think about making a character for this! Like I said, I love Mech Warrior/Titanfall mechs so this is certainly appealing.


Not at all Insomnant. I wanted to be very clear with everyone that is willing to join up. I don't like feeling as though I've slipped something past someone. I'm an honest guy. I don't put things in fine print or obscure them. :)

But I look forwards to your C.S.
Show hidden low quality content