Serenity: WELCOME TO THE BLACK

So the Earth got used up.

Not that this stopped us. We left our homeworld and ventured out into the depths of space to find a new galaxy to support us, to create new Earths. And whilst it took a long time, generations living and dying aboard those giant arks that set out from Earth, we eventually found a new home.

The first worlds to be terraformed and colonised formed the Alliance; in their possession was the greatest technology, the most safe and luxurious way of life. Of course, not everyone wound up as part of the Alliance. Those on the Outer planets had it tough; life was a struggle, and every blessing was counted. But they had their freedom, their independence.

So when the Alliance decided that those out in the Rim should start abiding by their rules, there was some disagreement.

Things went downhill from there.

So welcome to the universe of Serenity, present day. The Outer Planets still have it tough, the Core Worlds still have it good. The Alliance 'controls' every planet now, but their reach and all-seeing eye does not extend everywhere.

Which means that every day, veterans, mercenaries and adventurers all eke out a living in the Black of space, smuggling contraband, doing dirty work for criminals, getting hired by planets to help protect them from outlaws.

Their goal is a fairly simple one, most of the time.

Welcome to the Black.​

Original poster
DONATING MEMBER
FOLKLORE MEMBER
PLOT DETAILS​
So how do your characters meet up and begin their journey through the 'Verse?

Simple. At the start of the game, each and every one of your asses in languishing in the extremely uncomfortable cells of the Argos III Prison Ship. 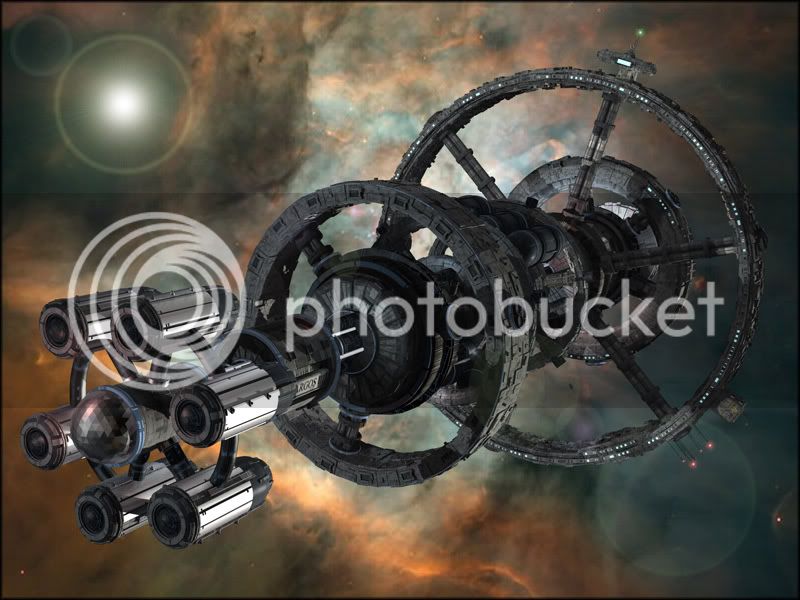 Could be any number of reasons you're in there. Maybe you've been wrongfully charged with something. Maybe you made a stupid decision and got caught. Maybe you're just a mean son of a bitch. But in prison your ass is, and the Argos III is one of the more secure facilities in the 'Verse when it comes to keeping people behind bars.

That's all about to change soon, however. And you and your fellow inmates may find yourselves with a means to escape from your fate aboard the Argos III.

Probably a good idea that you take it.

THE ARGOS III PRISON SHIP​
The Argos III Prison Ship is separated into several areas, known as rings. At the top is the Command Ring, followed by the rings where prisoners are kept, ranging from Rings A to D.


COMMAND RING​
The Command Ring is where the guards of the ship live when not patrolling the other rings, and where the Warden's Office is situated. From here, the rest of the ship can be monitored and controlled.


A-RING​
Minor crooks and less dangerous inmates are kept on A Ring. The cells aren't exactly comfortable, but they're definitely the best a prisoner can get aboard Argos.


B-RING​
The largest ring on the Argos III Prison Ship, B-Ring is where most inmates serve their time. There's quite a broad range of criminals to be found in this ring, from armed robbers to white-collar criminals. There's even a few gangs that operate within the ring, which can lead to prison violence despite the guard's efforts.


C-RING​
Probably the smallest ring with prisoners on it, C-Wing is for more mentally unstable inmates, and those criminals who, if put in with the rest of the prison population, would probably end up dead within a week for what they did to get sentenced.


D-RING​
D-Ring is a place you have to have done something really, really bad to get placed in. Some of the most violent, sadistic and cruel criminals in the 'Verse have served time in these cells, and as such they are probably the most secure cells in the ship. Solitary is also located down here, so prisoners who like to make trouble often find themselves down here, too. It's not a pleasant experience.


“E-RING”​
Rumours persist aboard the Argos III of a sixth ring, referred to as E-Ring. The guards are occasionally heard referring to “E” in hushed tones, and there is much speculation as to what goes on down there. Theories are varied and almost without fail crazy, ranging from a secret government laboratory to the place where they keep the Warden's mutant son.

Original poster
DONATING MEMBER
FOLKLORE MEMBER
CHARACTER CREATION​
When thinking up your character idea, it might be an idea to think of the crew of the Serenity as archetypes.

The Medic. The Mechanic. The Pilot. The Security. The Socialite. That sort of thing.

Feel free to twist things around as much as you want to, however. Your medical officer could be a combat machine, for example, or your pilot might know a thing or two about engines, too. Of course, you're welcome to go with something completely different that really stirs up the crew. Our group's Shepherd Book or River.

No insane psychic teenagers, though, please. I'm not sure I'd be able to cope with that level of crazy.

As for the technical stuff, I'm going for a 48-point build. You guys will be Veteran level. You're good at what you do, you've got experience under your belts. You're by no means experts, but hey, you've all been around a bit, seen your fair share of shit and come out breathing.

Now for the actual sheet. 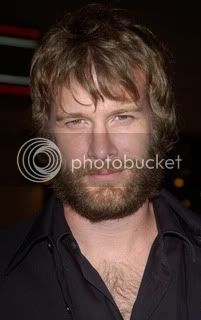 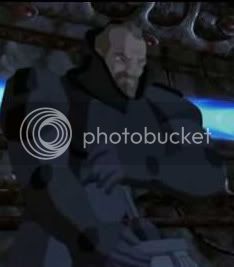 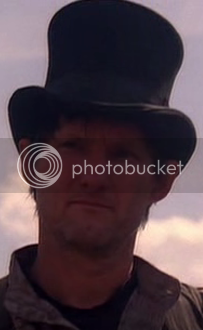 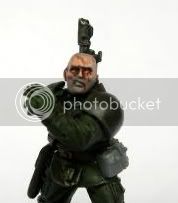 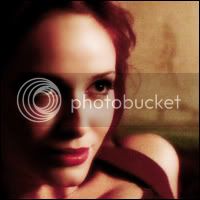 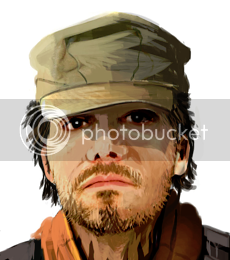 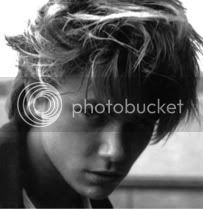 ---​
Okay, I think the target number of people for this game would be around 6 or 7 people, going by the poll in the Chat-RP post, but I'm willing to increase it a bit if you can convince me it's a good idea (ie. show me a fucking awesome character and you're in).
V

Original poster
DONATING MEMBER
FOLKLORE MEMBER
Cool stuff, guys. Be glad to have you aboard.

Also, for those of you thinking of joining but are worried that you don't know enough about the Firefly/Serenity Universe, don't panic. The 'Verse isn't terribly hard to figure out; there's no aliens, just humans, and a lot of it's based on history (particularly the American Civil War, in case you hadn't noticed).

Otherwise, here's a few things you could do:

JUST YOU FUCKING TRY STARTING A FIREFLY RP WITHOUT ME! CHARACTER INCOMING

HAHAHAHA, there's a Complication that makes you a midget.

To buy attributes and skills and what-not.

...In fairness, I probably didn't explain it very well. Could someone provide this thread with a link to an appropriate Serenity RPG pdf, perchance?
K

THIS IS TOO HARD FOR ME!

P.S: And yes, I have handy PDF. I'll find it again once I'm done with procrastination supr srs schlwrk.

I'm in! Will make a char later tonight.
S

I GOT THIS, GRUMPS.

Basically, you got 48 points to purchase Attribute die. Die costs are:

*Note: These are also the same costs for Skills.

So if you want d6 Strength, you spend 6 of your 48 points. You can't have less than a d4 in any one attribute, however.

In addition, you ALSO use those same points to purchase Traits. Easiest thing to do is to purchase equal Assets and Complications to balance them out, so you'll maintain the 48 points. Ex: You purchase a Major Asset, and a Major Complication. The Asset costs 4 points, but the Complications GIVES you 4 points.

For Skills, you have a TOTAL of 68 points to distribute at the die costs of above. Each GENERAL skill can't go over d6, but you can purchase a Specialty under each General Skill. Ex: You buy Guns Skill at d6, but you want to be a pistol expert, so you purchase Pistols at d10. It costs 6 points to purchase skill with Guns, and an additional 4 points to gain a d10 Specialty with Pistols.
Reactions: 1 person
S

Memorable [Minor]
Big beard. Others gain +2 step Alertness bonus when attempting to spot or recognize you.

Things Don't Go Smooth [Minor]
Once per play session, GM may force a re-roll of any action and use the lowest result.


Personality: So long as you don't lie to or bullshit him, Dun is rather amiable and easy enough to get along with. He's quick to laugh and enjoys a dirty joke every now and then. While he's generally respectful to those that respect him, it doesn't stop him from saying something that could be construed as rude if he feels something needs to be said. He's a bad liar, and would rather just tell the truth than to worry about the repercussions of lying later.

History: Born to a middle-class family on a core world, Dun felt the pull of helping others from a young age. After graduating from medical school, he opened a practice on the closest border world where he served a number of desperate townships as a wandering doctor. Angry with the way the Alliance treated the border communities, Dun decided to throw his lot in with the Independents during the Unification War, serving in a number of theaters and fronts as a combat medic and sometime field surgeon. He saw action at Serenity Valley and after the fighting was over, he was but a handful of medical operatives left on the field, tending to the wounds of soldiers on both sides.

Following the unification war, he attempted to get a proper hospital set up where had once practiced medicine. Instead, he was stone-walled by Alliance officials still bitter about the war. Deciding to take matters into his own hands, Dun robbed an Alliance medical shipment headed towards a core world. While successful, he was eventually caught and arrested, and sentenced to the Argos III prison ship.
Reactions: 1 person

THAT. THAT'S WHAT I'VE BEEN TRYING TO EXPLAIN.

Cheers, Seiji. He looks good to me so far.
K 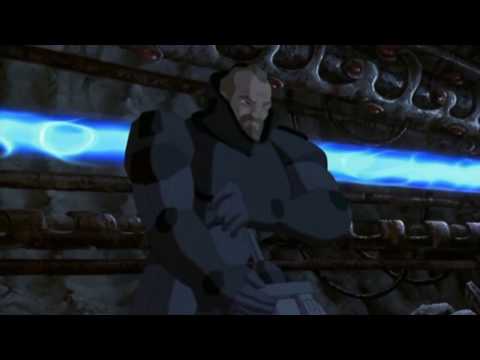 Derived Attributes:
Life Points represent how much hurt you can take before you go down. Initiative, rolled before combat and sudden events, represents how on the ball you are and how fast you are to react. And plot points are your plot armour, essentially; a chance to manipulate the dice so they go better for you.
Life Points: 14
Initiative: 16
Plot Points: 6

Attributes
Attributes are represent the sort of actions your character is good at. A fast little combat character would have high agility and alertness but poor strength. A guy who can bench-press a shit-ton would have high strength and vitality but possibly low intelligence. You can't be good at everything, and Attributes represent this. You use your points to pay for the number of dice you get to roll. Buying a d4 for your agility, for example, would cost you 4 points, and a d6 would cost you 6 points. See the pattern? The dice are d4, d6, d8, d10 and d12. Remember to save some points for your skills and traits, but also bear in mind you get additional 20 points solely to spend skills so don't be too stringent.
Agility:D6
Strength: D6
Vitality: D8
Alertness: D10
Intelligence: D10
Willpower: D6

-locked in brig, awaiting discharge and deportation, and most likely sexual harassment lawsuit back at the core.

That's the skeleton, but the tech is done. If my History is too noncomittal nonconformsit for you guys, I'll rewrite it. :D Same with Personality.
Reactions: 1 person
V

Zing, you only add the max-values of your Vit/Will to get your LP (which you did correctly). Initiative will be d6+d10, rolled in game on a case-by-case basis (for combat order, among other things).

You also have 6 points left for your Attribute die.