Original poster
Sarah stood and stretched, relishing the feeling of relief. She had been sitting at her desk all day, sorting through piles of paperwork on patients. Somehow, she had thought that becoming the Director of Nursing in the ER would be more exciting, but she had only been at it for a few weeks and found it to be less than what she expected. At least it was better than constantly dealing with stranger's various... fluids. She shuddered and gathered her things. At least there was one thing to look forward to: going on a date with a hot marine. Her hot marine. She smiled devilishly and walked out of the building, looking like a satisfied cat. They were going out to dinner at some new hibachi grill -- lord knew she could use a break from cooking her own dinner -- and then... who knew? Things were made up on the fly, or set up as surprises, and it was so exhilarating. And even if there wasn't anything special after, she still found conversation with him fun.

Once she got home, she checked the time, making sure she had plenty of time to get ready. Satisfied, she dropped her belongings and shed her scrubs. After a quick shower, she sat in front of her closet, carefully choosing an outfit. As always, her first priority was to look as attractive and posh as allowed by the setting. After all, appearances are everything, as her parents taught her. Sarah always had to look her best. She ended up choosing something to accentuate her curves, but still be warm; the temperature was starting to drop as winter started to sneak in. Black slacks, a nice blouse, and a light jacket; casual, but still very nice. She put it on and looked at herself approvingly before moving on to makeup. This part came more naturally, and soon she was done. She stood in front of the mirror, making sure everything was perfect once more before calling herself ready. The light color of the blouse matched her lighter skin tone, and the makeup -- always lightly applied -- called attention to her eyes, a hazel that matched her light brown hair, without screaming for it. Perfection, as always.

She looked at the time. Perfect; she had finished with plenty of time to spare. She smiled and sat on her couch, turning on the tv while she waited. She couldn't really concentrate on the program, however. Excitement ran through her like a teenager on their first date. Her smile was practically splitting her face. It was amazing that she could feel this way at her age and at this point in their relationship. Well, it was getting to know your significant other that was the most exciting part of dating, after all. After a few minutes, she wrestled her emotions into something more appropriate, and looked at the time again. It was time to go. She grabbed her purse and walked out to her car, carefully locking the door and setting the security system before she left.

Soon she arrived at the restaurant, early as always. She hated being late, even "fashionably late," whatever that nonsense was. She entered and was seated at a grill amongst a small group of others. They seemed friendly, if their exuberant cheer as she sat down was any indication. She laughed and struck up conversation with them until he arrived, easily navigating the sea of socialization. They were a bit rowdy and dressed very differently than herself; they were all in their twenties and dressed in a colorful array of ripped jeans and band t-shirts, so she had a mild feeling of disdain for their slovenly appearances, but they were nice enough, and she thrived on their energy. 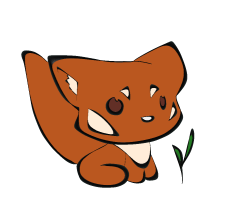 Online Availability
I work 10 hours days 4 1/2 days of the week as a vet tech. Some days I come home and just fall straight to bed after a long day, but others I'll come on. I also compete in obedience competitions with my dog, so a lot of my time is spent training with him. The weekends and Mondays are my best days to be on.

They had always told him that it was a bad idea to fall in love or to really even enter into a serious relationship while on leave unless he wanted the potential of getting hurt to fall on his shoulders, and he had always believed them. It hadn't been an apparent thought in his mind at the time, but when he was finally allowed to come back home for a few months while on leave before he had to head back to base, he hadn't expected to actually meet someone that would carve a piece of herself in his heart after getting to know her and after dating her. Hell, he hadn't even expected to date anyone in the first place! True, he had planned on meeting women while he could; he had planned on having little flings, so to speak, so that he wouldn't be lonely and so that he wouldn't only surround himself with family and other marines that he had met that lived in his home town. Visiting family and old friends were always good, but sometimes he just had to get away and see and meet other people. But that had been it. No real dates, no real relationships, and no real commitments that he had to keep with someone... Except that didn't happen after her met Sarah, and, to be honest, John couldn't be happier.

But his happiness couldn't stop the sense of reality that smacked him in the face earlier that day, an event that made his heart plummet to the bottom of his stomach. As John looked himself in the mirror he thought back to the phone call that he had received, one that told him that his leave was going to be cut a few weeks short because they needed him to come back to base, and he thought back to how, instantly, he thought about Sarah and the fact that he was going to have to leave her sooner that he planned. They had only talked about it a few times before, about him having to leave at some point and not be able to come back for a while, but that had been in the early stages of their relationship when things weren't necessarily as set in stone as they were now. More feelings had developed within him for the woman since that point and just the thought that he was going to have to tell her that he was going to have to leave... It hurt him.

He took a breath and ran a hand through his dark blond hair, noting to himself that he needed to get it cut since it was getting a little long for his taste, before his hands lightly clapping against his freshly shaven face before he ran them down his cheek and let them rest back against his sides. No, he couldn't let these thoughts plague his mind too much; he had a date with her, an exciting one since it had been a few days since their last, but one nonetheless that made him smile when he thought about it and when he thought about her. How was it that she was able to make him smile? It was such a strange feeling, one that he didn't understand, but apparently the attitude had shown against him for a while now, or at least recently since his mother even questioned why he seemed so happy all of a sudden when he last visited her. He embraced it, however. So he shook his head and his shoulders as he tried to get himself back into the mood and thinking of the date, which hadn't been that hard when he envisioned Sarah in his mind, and told himself that he still had two weeks left back at home. He would enjoy his time, spend as much time with Sarah and his family as he could, and then... He would see, he guessed.

Dressed in a maroon colored buttoned down shirt that was tucked into a pair of dark slacks, John brushed down the front of his shirt as he looked himself in the mirror one more time before he turned, grabbed his jacket, and started to head out of the little apartment that he rented. He checked the time on his phone when he settled himself into the car, furrowing his brows a bit before picked his head up and started the car, telling himself that if he didn't head into any traffic that he should be able to make it to the restaurant on time. And, just as his predication had been, he was able to make it on time since there was no traffic to slow him down and take away from his destination. He had to keep himself seated in the seat for a second after he parked as he tried to calm his racing nerves, breathing deeply to himself before he smiled and got out of the car to head into the restaurant.

On the drive there, he told himself that he wasn't going to say anything to Sarah about him having to leave in two weeks until later that night when things would start to settle down for them just so that they could enjoy their time together without the impending sense of his little time left there hanging over both of their shoulders. The thought of that alone was enough to settle his nerves and bring him to his 'usual' self, and when he walked into the restaurant to head to the hostess stand he asked if she had come in, to which the woman hostess nodded her head and told him to follow her to the back where the grills were.

Even though her back was turned to him, he as able to spot his date out as soon as he noticed her. He drummed his hands against his sides as he could feel his heart beating in his chest as he got closer and closer to her. He left the hostess behind at that point, walking a little faster until he was right behind Sarah who was conversing with the other people. He grinned to himself before he brought his arms up and wrapped them around her shoulders as he bent down, putting his head right against her's as he pulled her into a sort of gentle hug with a chuckle escaping from his lips. "Hey," he sounded, pulling his head back to turn and face her before he quickly leaned in again and gave her a kiss on the cheek. He pulled his arms back then and moved over to the seat that was next to her, himself pulling it out and pushing it back in as he finally sat down before a menu was placed in front of him to look over. He glanced quickly at the other people at the grill, giving them all curt nods before he turned his attention back to Sarah and smiled at her. "You look amazing. I hope I haven't kept you waiting too long."
Show hidden low quality content