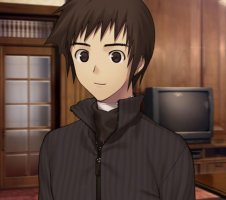 On the surface a normal Japanese town, adjoining a bustling city. But to those aware of the true nature of the world around them, it is a place with a deep history steeped in the supernatural. While recent years have seen a decline in major thaumaturgical events, the previous family of magi long since gone, something has been stirring in the last few months. Spiritual disturbances are happening far more often than they should, alluding to a plan decades in the making that may threaten not only this town, but the very fabric of the plane on which mankind exists.

New players enter the stage as well as a few old faces as members of the Association, the Church, and perhaps even a few forces of nature become embroiled in a secret conflict for the future of this world. Among the struggle, those caught in between fight discover the root of the mysteries that threaten their home.

Welcome to Soushiki No Seijin, a Type Moon/Nasuverse RP in the same world as Fate/Stay Night, Tsukihime, Kara No Kyoukai, and Mahou Tsukai No Yoru. While character sheets aren't strictly needed, as a lot of this will depend on mystery and suspense, I ask that you keep things in line the canon of the works listed above as well as you can. That said, I encourage you to use non-canon characters since this takes place a full decade ahead of any of the previously mentioned works.

As I mentioned, the focus of this will be mystery and suspense with instances of intense action as the story warrants. I'll likely handle the over arching plot at the offset just to get things started, but I hope to make this as much a collaborative effort as possible. I'll accept just about every type of character archetype within type moon so long as it fits the timeline and time period. That is to say, the only characters that need not apply are servants, dead canon characters, and characters that simply can't be explained.
Last edited: May 11, 2018
Reactions: Kurogane86 and Crow

I'm in most likely going to go with a demon hunter

As discussed, my character is a serial killer with decent Circuit Quantity & Quality. He changes patterns every month, reflecting his long-term indecisiveness, and making him harder to track.

His abilities will encompass some kind of curse-like ability where each hit from a bladed weapon will cause blades to slice through that area of the body. Additional damage negated by Magic Resistance or Curse Resistance.

There's also his ability to emit toxic fumes based on certain more ancient serial killers and their capabilities.

Primary weapons of choice are chainsaw and bayonet-attached gun. They're normal weapons, but not in his hands.

Depending on conflict, he'll see them as 'competition' for victims, and may be inclined to eliminate them.

He will probably have a Jekyll-Hyde thing going on

Original poster
I'm of a mind to use an exorcist, though not quite like what the church has. Beyond that, I'd rather keep any more explanations to the story. What can definitely be counted on is the fact that this character will likely seem weaker than others, in the same sense as Emiya Shirou, Kokutou Mikiya, and Tohno Shiki.

Original poster
Gonna bump this one more time and start working on the first post for an intro thread, where we can sort of establish our characters, more or less. Should take a little since it'll be a long first post, so that should be plenty of time to see if anyone else is interested. This will basically be a post to establish some locations, minor NPC's, and a few plot elements as well.
Reactions: Kurogane86 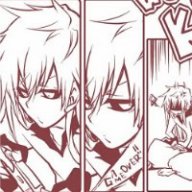 I can see the little Red Riding hood story appear for some reason. (Fate/HA, Fate/SF)

Original poster
Thought I’d bump this sense we
finally have some movement on this rp again. Still could use a few people if anyone is interested.
Reactions: Kurogane86
Show hidden low quality content
You must log in or register to reply here.
Share:
Reddit Pinterest Tumblr WhatsApp Email Link
Top Bottom